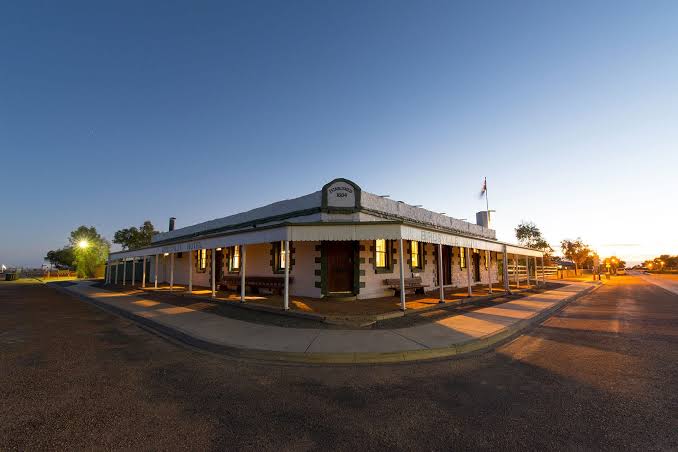 One of Australia’s iconic outback pubs is up for grabs, listed with a $5.5m to $6m price tag.

The legendary Birdsville Hotel is situated on the edge of the Simpson Desert, 1600km west of Brisbane and 1200km north of Adelaide.

Depending on which way you approach it, Birdsville lies at the start or at the end of the Birdsville Track in Queensland’s south west corner, just 14km from the South Australian border.

Ever since William Blair first built the Birdsville Hotel in 1884, its weathered sandstone walls have been a welcome refuge to travellers from across the globe.

A destination in its own right, the pub has endured floods, fires and even cyclones to stand as a symbol of the spirit and character of the outback.

More recently, the Birdsville Hotel has become the focal point of the celebrated Birdsville Races in September and the world’s most remote music festival, the Big Red Bash held in July. These two events alone attract between 7000 and 10,000 visitors a year. 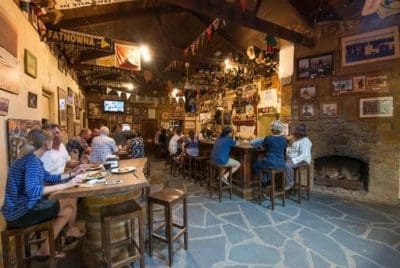 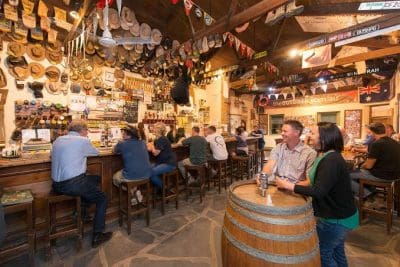 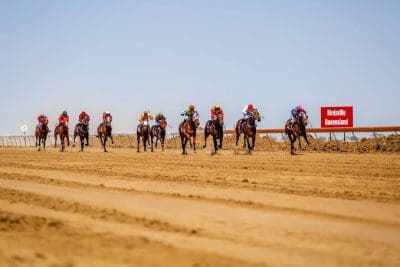 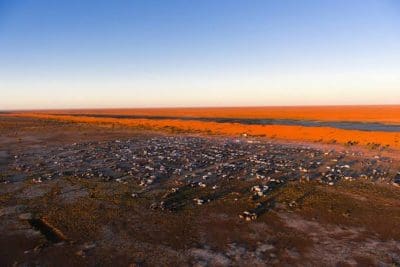 Since 1980, the Birdsville Hotel has been jointly owned by Kym and Jo Fort and organic cattle farmer David and his wife Nell Brook. It is interesting to note that Mr Brook’s grandmother owned the hotel from 1920 until the 1940s.

Together, the close friends completely refurbished the pub with camphor laurel bars and adorned its walls with mementos, photos and unique memorabilia providing an insight into the quirkier aspects of Australian outback culture.

The two couples also added motel accommodation in 1983 and again in 1996, both of which have been updated.

“The Birdsville Hotel strikes an impressive pose against the red dust and aircraft hangers parked out front. After hours (and hours) of driving to tick this national icon off your bucket list, it’s the bang-on outback hospitality, cold ales and Channel Country beef steaks that has kept folks returning since 1884.”

Although cattle remains a major industry, Birdsville is firmly entrenched as an outback tourism destination.

The town and surrounding area boast many attractions including historical and important landmarks, the extremely rare Waddi tree and red sand dunes as high as 30m.

Regarded as one of the best-known watering holes in Western Queensland, the Birdsville Hotel has been quietly on the market for more than 12 months, after failing to sell following a five-week expressions of interest campaign in September last year.

At the time, it was reported that entrepreneur Dick Smith and businessman John Singleton were considering making an offer.

“The business is substantial, run completely under management and will suit owner operators such as families and individuals, those in the hospitality industry and investors or syndicates. Because of the iconic nature of the business, the owners would like to see the pub sold to someone happy to retain its history and character.”

He said there has been a big spike in local tourism on the back of the Queensland floods.

“That has had another positive impact on the business. Birdsville has become a bucket list destination drawing thousands of tourists who either drive for days or fly in and land on the airstrip next to the pub.”

Mr Ricketts said everyone wants to say they have had a beer at the Birdsville Hotel.

“There is just something about the Birdsville Hotel that sets it apart from its competitors – an atmosphere that evokes the spirit of a particular type of Australian and a particular approach to life.”