Contracts exchanged for sale of NT’s Kalala, including 40,000 cattle

IN WHAT promises to be one of the biggest property transaction deals in northern Australia this year, contracts have been exchanged for the sale of the large-scale Barkly Tableland breeding property, Kalala.

The sale is understood to be contingent on Foreign Investment Review Board approval, indicating that the buyer is from overseas.

The deal was handled by Ruralco/Territory Rural’s Andy Gray, who is currently overseas and could not be contacted before this item was posted. However Beef Central’s inquiries suggest the prospective buyer is an Australian-resident Asian businessman, who may have made earlier rural land investments in NSW.

No price has been disclosed at this point, but expectations in property industry circles suggest that Kalala has made about $70 million.

The property was offered for sale with a herd of 40,000 Brahman cattle, making it the largest cattle offering within any single-property deal in northern Australia this year.

The Riveren/Inverway transaction to Gina Rinehart’s Hancock Prospecting in July included a similar number of stock, but that deal involved a two-property aggregation. Similarly, the earlier SAWA aggregation sale in the Kimberley, first reported on Beef Central in April, included 47,000 cattle, but that was spread across four properties.

The cattle value alone of the Kalala transaction is significant. Agents typically apply a value of $750-$850/head on branded cattle in territory property transactions in the current market, which would value the cattle component alone at $30-$34 million.

Kalala is a large 3760sq km (940,000ac) Perpetual Pastoral Lease about 280km south of Katherine, near the township of Daly Waters. Year-round market access is provided by frontage to both the Stuart and Carpentaria Highways.

Country includes vast areas of fertile black and red soil types, including downs and forest country, including some coolibah country. 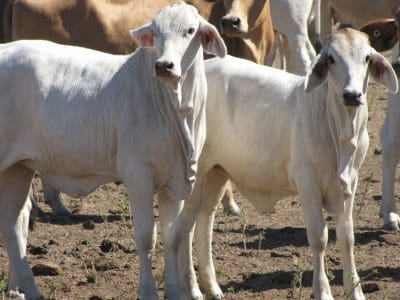 The current herd includes about 20,000 breeding age females, with annual turnoff of 10,000 to 12,000 calves sold mainly as feeder weight cattle into the live export market. Brandings are typically around 65pc.

Kalala’s advanced state of development is a tribute to the sequence of owners, past and present.

Here’s the sequence of ownership, as described to Beef Central by veteran NT cattlemen.

We can trace ownership back to the 1960s/70s, when Texan billionaire Nelson Bunker Hunt owned and operated Kalala, and a string of other NT properties, before he boldly (and ultimately unsuccessfully) tried to corner the world silver market, and had to sell-up his Australian cattle land assets. Bunker Hunt is credited with putting some major improvements into the property, as did many foreign owners of northern cattle operations in that era.

Hunt sold Kalala to Territory legends Roy and Mick Beebe, who made extensive use of trap yards and laneways for easier cattle management.

It was then sold to a cattle producing family from Queensland’s Gulf country (name forgotten), who in turn sold to Warren Anderson’s Tipperary group, which also ran Murranji and Buchanan, bordering Kalala to the southwest, at the same time. When Anderson’s financial empire went sour he sold to Indonesia’s Tippendo, who in turn sold to Sydney QC, Allan Myers, who also inherited Tipperary from Warren Anderson. (Editor’s note: these ownership details updated since the original version of this article was posted last night).

Current owners and vendors, the Murphy family from North Queensland, who bought the property from Tipperary Group in 2005, have also invested heavily in further fencing and 50 additional waters to further lift carrying capacity and better utilise available feed.

The Murphy family operate a number of other businesses from Kalala, including eight road-trains, hay-making plants, poly belting business, earthmoving plant, engineering workshop making cattle crates and dollies, and a dip, scales and spelling yards facility. The vendors plan to re-structure their family business, but plan to continue to run their trucking operations and other businesses from a smaller property, Beef Central was told during the pre-sale process.

Included in the sale will be a full list of station plant and equipment, including road train, aircraft and certified weigh-bridge.

The property was listed for sale via expression of interest, which closed at the end of July.

Earlier, Territory Rural’s Andy Gray reported that the inquiry for Kalala had been ‘very strong,’ from a mix of both domestic and overseas interests.

“There’s no doubt that the fact that it offers such a large herd, and is close to fully stocked with good quality cattle, makes it just that much more attractive,” he said. Location and accessibility was also a strong selling point.