WESTERN Australia’s extensive SAWA grazing property aggregation has been sold, for a figure understood to be close to the asking price of $100 million.

The acquisition of the Kimberley assets signals the emergence of a new player in the industry.  Adelaide-based advisory firm, Agrify, has led the establishment of the investment group, which has been seeded in the first instance by international equity from Archstone Investments, controlled by wealthy Hong Kong based Australian citizens, the Hui family. Archstone is a Beijing-based investment group with interests in China and Hong Kong. Its portfolio spans the food, agriculture, medical and technology industries. 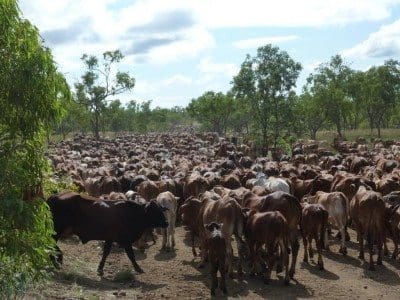 A spokesman for Agrify said the group intended to explore further agricultural acquisitions following the completion of the SAWA purchase.

While contracts have been exchanged, the deal is subject to Foreign Investment Review Board and WA state government regulatory approvals.

The offering of the SAWA aggregation to the market, at a price expectation of $100 million, was first reported on Beef Central on February 1.

Regarded as the largest parcel of northern grazing land to publicly go on the market since the S.Kidman empire was listed in April last year, SAWA comprises a little over one million hectares of breeding and backgrounding country stretching from Broome to Halls Creek.

The location of the properties creates a natural geographic supply chain into the region’s two main live export departure points, Broome and Wyndham.

Ms Brosnan said key features in the SAWA offering were the number of stock included in the deal; the potential for further production growth offered by the aggregation; and the quality of the predominantly Red Brahman x Droughtmaster commercial herd.

“The Vendor, SAWA, was a genuine seller. The sale process was an extensive and intensive, managed, and confidential process which has produced a competitive result for the vendor and an opportunity for a genuine buyer to purchase an outstanding pastoral aggregation.”

“These particular buyers see the value in the aggregation’s land and cattle, natural geographic supply chain and the quality of the underlying land assets with future potential.”

Vendors, the Botha family have been associated with Moola Bulla since 1999, and have gradually built their Kimberley land holdings to the current aggregation.

They said they were pleased to be able to hand the aggregation on to purchasers who would appreciate the quality of the investment and the opportunity to continue to develop the potential of the properties.