Boom and bust: Is China bowing out of Australian agriculture? In March, just prior to COVID restrictions, Tianyu Wool, one of the world’s biggest buyers of Australian fleece, paid around $25 million for the historic Western Victorian grazing property Mawallok which was offered to the market for the first time in 172 years.

CHINA’S investment boom cycle in Australian and global agriculture appears to be over.

According to KPMG and the University of Sydney’s Business School, a sharp decline occurred in both the value and number of transactions by Chinese investors into Australia last year, including agriculture. 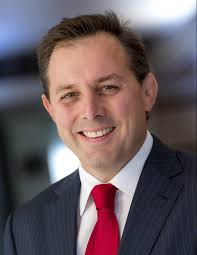 One of the authors is KPMG’s Doug Ferguson, who is also the chairman and New South Wales head of Asia and international markets for the company.

He said there was limited activity or interest in primary agricultural investment from Chinese inbound investors this year.

“Apart from acquisitions of some boutique wineries, it is quiet. The key driver is the lack of international travel, but most Chinese investors are focused on later stages of the value chain, namely branded and packaged premium products,” Mr Ferguson said.

Danny Thomas, CBRE’s regional director of agribusiness, said Chinese investment was not over, but China was certainly absent in the market at present.

“But earlier, Chinese investors’ presence in the Australian market was grossly overstated. People kept talking about how active they were, but they weren’t that active. They just got more attention than investment by the Canadians, Europeans or those from the United Kingdom,” Mr Thomas said.

Has there been a change in sentiment since COVID-19? It is certainly more difficult for the Chinese to get money out of mainland China and it is more difficult to bring it into Australia with tightening Chinese financial regulations.

Foreign Chinese investment must be approved by the State Administration of Foreign Exchange (SAFE) of the People’s Republic of China. The administrative agency is tasked with drafting rules and regulations governing foreign exchange market activities and managing the state foreign-exchange reserves.

And then there is Australia’s Foreign Investment Review Board that scrutinises major overseas purchases – whether a foreign investor is an individual or backed by the Chinese government or a state-owned enterprise, as well as the risk of transfer pricing.

Mr Thomas said a prospective Chinese investor recently told him he was concerned about the trade tensions between Australia and China at the present time, and had decided to sit on the sidelines.

The reasons for the decline were cited by the KPMG report as “many, and no one country or issue is responsible.”

The report found that Chinese investment in 2019 in Australia (all sectors, not just agriculture) fell by 58.4 percent, from $8.2 billion in 2018 to $3.4 billion – faster than in any other western country including the United States.

“Chinese inbound investment fell to its lowest result for a decade, with Australia receiving just below half the investment received by the US (whose portion halved in 2019), but more than Canada,” the report said.

It also made the food and agribusiness the largest sector recipient with 44pc of the annual total. As a result of this one deal, Tasmania in 2019 received the largest percentage of Chinese investment across all regions for the first time.

The only other recipient of Chinese food and agribusiness investment in 2019 was Victoria with just 3pc or $14 million, with the remaining 97pc invested in the state concentrated in commercial real estate.

In 2019, the report found there was no Chinese investment in the Northern Territory. Queensland’s share was predominantly in the commercial sector, in Western Australia it was in mining and 100pc in New South Wales was invested in commercial real estate and the service industries.

KPMG’s Doug Ferguson said however, there was a large number of Chinese companies established and operating in Australia that were expected to continue to invest or divest, and drive local deal activity and bilateral trade.

“There aren’t many high net worth mainland Chinese-based investors active in the market at the present time,” he said.

“However, there are plenty of existing Chinese participants in Australia who are looking to augment and change their business, and who are looking at bolting-on an adjoining holding.”

“While there is no new blood evident, capital flows are still coming out of Hong Kong and Chinese money is being sourced through Singapore. However, the investment is not like it was before by any stretch of the imagination,” Mr Thomas said.

In July last year, one of the biggest Chinese investors in Australian land and cattle, Rifa Salutary, decided to offload its agricultural production business in Australia.

Rifa, the Australian arm of China’s Zhejiang Rifa Holding Group, began its Australian agricultural investment with its first purchase in 2014.

Last year, director of Rifa Salutary and vice president of Rifa Holding Group, Bobby Jiang, told Beef Central the company felt the time was right to capture value as a result of completing targeted capital expenditure and improvement programs across the portfolio, as well as underlying value growth.

The following month, in August 2019, wealthy Chinese businessman Xingfa Ma decided to sell his Wollogorang and Wentworth cattle stations in the Gulf of Carpentaria after four years of ownership.

In July 2015, Mr Ma, the founder and chairman of the Tianma Bearings Group, paid $47 million, including 40,000 head of cattle, for the 705,198ha leasehold and crown pastoral lease property straddling the Northern Territory and Queensland border.

In March 2020, Cloncurry’s McMillan Pastoral Co, which owns adjoining country, purchased the station for $53m on a walk-in walk out basis with 30,000 head of Brahman cattle and comprehensive station plant.

In March, Cloncurry’s McMillan Pastoral Co, which owns adjoining country, purchased Wollogorang in Queensland’s Gulf from its Chinese owner for $53m with 30,000 head of Brahman cattle.

The ‘Demystifying Chinese Investment in Australia’ report does not expect large-scale investment by new Chinese entrants to continue in the short to medium term, with the domestic health and economic effects of COVID all-consuming for both Chinese and Australian governments and companies.

“With the Chinese and Australian borders closed for the medium-term and flights between Australia and China restricted to transporting Chinese and Australian citizens back to their homes and limited dedicated air freight for perishable or urgent product supplies, new investment deal-making and due diligence activity have been operationally disabled,” the report said.

In March, just prior to COVID restrictions, Tianyu Wool, one of the world’s biggest buyers of Australian fleece, paid around $25 million for the historic Western Victorian grazing property Mawallok which was offered to the market for the first time in 172 years.

The 2349ha property is located 45 minutes west of Ballarat, and around two hours north west of Melbourne.

In 2014, it paid around $20 million for the historic Lal Lal Estate at Ballarat – a 2000ha Merino sheep breeding and wool production property running more than 16,000 head. 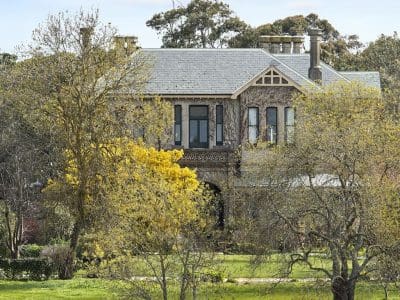 In September, Chinese company Harvest Agriculture paid around $60 million for 5071ha Yaloak Estate, one of the largest single landholdings within 60km of Melbourne.

In September, Chinese company Harvest Agriculture paid around $60 million for one of the largest single landholdings within 60km of Melbourne.

Rumours suggest Chinese businessman owner Xianfeng Lu may be positioning to offload the troubled 7000ha aggregation near Woolnorth in the state’s north, which runs around 18,000 milking cows on 25 farms.