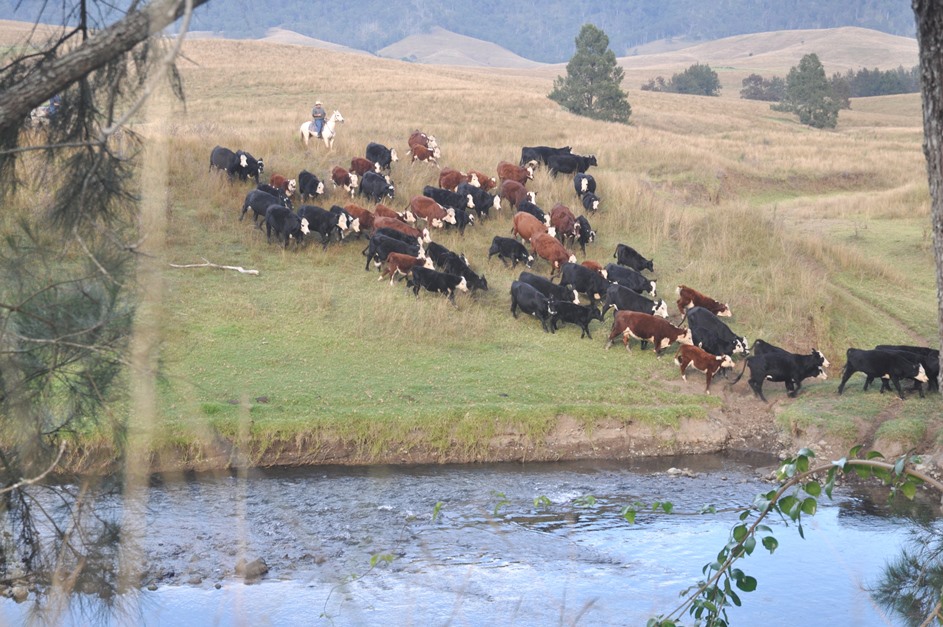 Rifa bought the 24,000ha Cooplacurripa Station, between Gloucester and Nowendoc in northern NSW, with 8000 head of cattle for $32m in 2015.

ONE of the biggest recent Chinese investors in Australian land and cattle, Rifa Salutary, has decided to sell its agricultural production business in Australia.

Consisting of 44,000ha of prime red meat production land and about 20,000 quality cattle across northern New South Wales and Victoria, the business will go to market in the coming weeks.

Rifa Salutary is the Australian arm of China’s Zhejiang Rifa Holding Group, which has significant investments in the specialist machinery and textiles sectors, aeronautical and aviation, finance and agriculture in China and globally.

Director of Rifa Salutary and vice president of Rifa Holding Group, Bobby Jiang, said the company felt the time was right to capture value as a result of completed targeted capital expenditure and improvement programs across the portfolio, as well as underlying value growth.

Selling agent Danny Thomas, regional director with CBRE Agribusiness, said the positive outlook for the beef industry, coupled with potential to be realised through additional investment in infrastructure and genetics, would provide the future owner with significant opportunity.

“This is a business that has demonstrated excellent resilience through some difficult climatic conditions in the past two years. The maintenance of great genetics across the operation’s 20,000 head of beef cattle during this period is testament to the team managing this portfolio,” Mr Thomas said.

“There is still work to be done – which gives a purchaser good promise – but the foundations and team are in place to take the business forward,” Mr Hall said.

In September 2016, Rifa paid a reported $55 million for its two NSW aggregations of properties at Nowendoc and Warialda.

The Nowendoc properties, covering about 8000ha, and an $18m Warialda aggregation covering 4000ha bought earlier in 2016, formed part of a beef cattle breeding and growing operation with the newest acquisitions, Kooroon and Middlebrook Park south of Tamworth.

Rifa bought the holdings on a walk-in, walk-out basis, including 8100 Angus and Shorthorn cattle worth $8 million, plus a 764 megalitre water license.

A year earlier, Rifa paid about $32 million for 23,000ha Gloucester district aggregation Cooplacurripa, not far from the latest acquisitions.

One estimate at the time of the 2015-16 acquisitions suggested Rifa had paid a total of about $150 million for beef breeding and backgrounding country, plus cattle and other assets in New South Wales and Victoria. At the time Rifa said it ran about 22,000 cattle, plus 5000 sheep and 3000ha of cultivation.

The business has been listed for sale with CBRE Agribusiness which is currently preparing a marketing campaign.