REPORTS of three-day sickness are increasing in prominence following summer rainfall across parts of Queensland and New South Wales.

Three-day sickness, or bovine ephemeral fever (BEF), is a viral disease is spread by mosquitoes and biting midges. It is called three day sickness because the clinical signs of the disease usually last for three days. More information on the MLA website is available here. 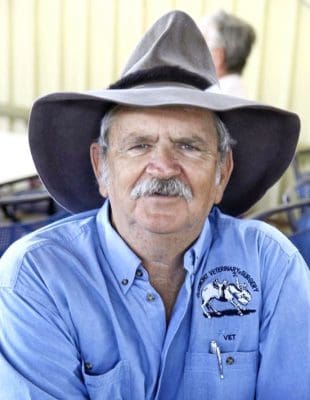 Veterinarians and livestock agents in Central and Southern Queensland have told Beef Central this week there have been widespread reports of cattle going down with three-day and some cattle losses also occurring.

Predictions of a La Nina and a wet summer led to higher than usual demand for three-day vaccine late last year which overwhelmed available supplies and meant many herds were not protected in what has turned out to be a more severe three-day season than usual.

Further south at Dalby, Peter Bird from Eastern Rural said reports of three-day sickness were quite prominent and some serious cattle losses had been reproted in the region.

Roma livestock agent Rod Turner from Nutrien said there were also plenty of reports of three-day in the region, but while large numbers were affected, reports of actual losses appear to have been limited.

“A drink of water goes a long way on a hot day,” he said.

He said the best advice for producers going forward was to plan ahead and order vaccines early in the year to improve the chances of securing the supplies they need to vaccinate in June or July.