THE manager of the cattle company which sold $500,000 worth of soil carbon credits in a pioneering deal to Microsoft earlier this year stresses that they do not see themselves as “carbon farmers”.

Rather, the sequestered soil carbon was one outcome, or ‘co-benefit’, of the property’s grazing strategy, not the primary objective, Stuart Austin says.

The general manager of the Wilmot Cattle Company at Ebor says the biggest misconception he has noticed since announcing the deal back in January is that people believe the businesses’ primary decision making focus is on maintaining and building soil carbon levels.

“The decisions we make every day are purely based on our beef production business,” he explained in an interview this week with Beef Central.

“If we are getting short of grass then we sell animals, and we may sell them lighter than a finished sale weight, but we do that to preserve our ecology and based on our grass position, not because we have to maintain our soil carbon level.

“The term carbon farming is used quite often, and we don’t consider ourselves that at all, we have always been focused on beef production first and foremost.”

The saleable carbon credit units issued to Wilmot Cattle Company for the tens of thousands of tonnes of increased carbon added to its soils over three years from July 2017 and June 2020 was one outcome of a change in grazing management and “also collecting enormous amounts of data on everything we do.”

The change in grazing management relates to practices introduced over the past decade, including rotational grazing and the use of deep rooted perennial pastures designed to improve soil and vegetation quality, reverse land degradation and enhance net carbon sequestration into soils.

Focus on growing grass first and foremost and “let nature do the rest” is the basic overriding principle. 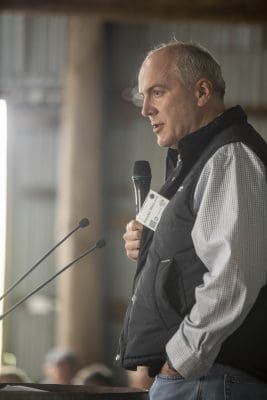 Alasdair MacLeod, Macdoch Group, presenting his seminar, Why livestock can be part of the solution, not the problem, at the MaiaGrazing Wilmot Field Day. Picture: Mike Terry

Another two businesses owned by Mr MacLeod’s Macdoch Ag Group portfolio have played key roles in the Wilmot deal – online grazing management and decision support tool MaiaGrazing, which is used in the management of Wilmot, and agriculture investment and asset management company ImpactAg, which helped to broker the Wilmot/Microsoft deal.

A long-running commitment to data collection put Wilmot Cattle Company in the box seat to secure the pioneering soil carbon deal with Microsoft, which has been reported to be the single biggest trade of carbon credits yet by an Australian farming business.

For several years under the guidance of MaiaGrazing’s Bart Davidson, soil data measurements have been collected annually at numerous sites, each down to one metre in depth, on Wilmot and Woodburn.

Data has been collected at the same sites every year and at the same time of year, at a cost of around $1000 a year, for a range of purposes including assessing micronutrient levels for potential deficiencies and measuring soil carbon levels as a proxy for soil health.

This data provided a solid foundation for the company to begin pursuing opportunities to monetise the additional levels of carbon being added to its soils through its grazing practices.

In 2017 the emergence of remote sensing data from the Sentinel satellite enabled the Wilmot Cattle Co to begin combining data from both sources to provide a calculation of soil carbon levels across its properties.

When the soil carbon data, from over 10 years of sampling, was collated, ImpactAg took the information and put it front of several large private carbon markets in the United States, which ultimately led to the deal with Microsoft through the US based Regen Network.

Selling the benefit, but keeping the product

$500,000 is clearly an attractive source of revenue for any business, particularly when it involves selling something that you still get to physically keep and use in your own operation.

Wilmot sold the credits from the carbon added to its soil from 2017 to 2020 to Microsoft, which the technology giant will use to offset some of its own carbon emissions, under its stated goal to become carbon negative across its global operations by 2030.

But the actual carbon and the benefits that flow from it such as improved soil moisture retention and fertility remains in Wilmot’s and Woodburn’s soils.

“That carbon is in our soil, here on our farm, we haven’t sucked it out of there and sent it to America,” Mr Austin said.

“That is where the benefit is to landholders, it is in improved production, improved resilience in their landscape, improved ecological health. All those benefits immediately impact the beef production business positively.”

However, while the revenue was clearly attractive, nor was the deal risk-free.

The biggest risk that had to be considered before the deal was signed was the 25 year permanence period and reversal clause in the contract, Mr Austin said.

If soil carbon levels on Wilmot and Woodburn go backwards over the next 25 years and fall below the level of carbon measured in June 2020, the reversal clause means some of the $500,000 received through the deal may have to be paid back.

A couple of risk management factors are in place to mitigate these potential outcomes. 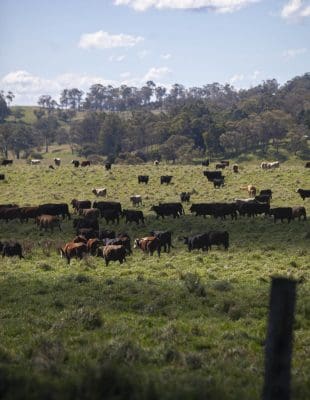 Wilmot Cattle Company stock grazing in the paddock outside of Hernani in the Northern Rivers region of NSW. Picture: Mike Terry

First, all carbon credit contracts in Australia have ‘a built-in safety net’ in the form of discounts that are applied at the start to account for potential measurement inaccuracies and to ensure carbon credits don’t overestimate stored carbon.

The amount of additional carbon stored in the top 15cm of soils on Wilmot and Woodburn from July 2017 to June 2020 was calculated at 55,000t, but when discounted by 25 percent for potential inaccuracies, it was issued credits for 43,000t.

Second, Wilmot has taken a further risk management decision to place 25 percent of the $500,000 it received from the Microsoft deal into a bond.

“So it was discounted for inaccuracies by 25 percent, and then we put 25 percent into a bond, which means basically that we could go backwards by half and we would have cash readily available to cover that if need be,” he said.

“It is like a buffer I suppose or a bit of a safety net for us and for the purchasing party.”

Data from historic soil testing over the past 10 years on Wilmot and Woodburn also means the company is confident of carbon levels remaining stable in their soil types, environment and climate. 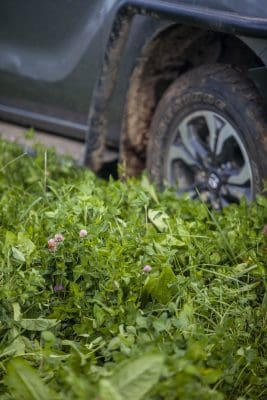 “The general consensus or belief is that in a drought or bushfire you will lose a lot of that carbon, but that wasn’t the case. We were 4.67pc in May 2019 and 4.69pc in May 2020, so it effectively held at exactly that same level through that time period.”

Perhaps more than any other single event, the Wilmot/Microsoft has brought the possibilities of earning revenue from soil carbon credits into front of mind awareness for many cattle producers around Australia.

While messages about the increasing potential to earn revenue from soil carbon credits have been around for many years now, it’s likely many producers didn’t really start thinking seriously about the possibility until they saw the $500,000 deal announced earlier this year and started to wonder about their own carbon earning opportunity.

Mr Austin said he hopes it is a catalyst for more producers to assess their grazing management options.

Asked what producers interested in pursuing carbon credit opportunities should do, he suggested starting with soil tests. 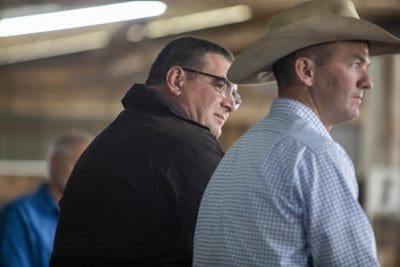 “And the best thing is if you have had some samples taken in the past, trying to go back to those sites and take another sample and then consider what has happened in that time period, whether it was one year or five years, what has happened at that site over that period of time, whether that carbon has gone up or gone down, what might have affected that.

“All the carbon project developers have some sort of desktop analysis they can do for you to give you a high/medium/low scenario as to what the outcome might be, if you chose to participate in a carbon project.

“The one thing that is paramount in all of this is practice change.  All of these carbon markets are developing based off the Paris Agreement, and in that there is a very strong stipulation around practice change being a requirement for anyone to be able to be paid for any kind of ecosystem service or benefit.

“A change in grazing management is considered a considerable-enough practice change for people to participate, which will not only benefit their beef production business but there is then an incentive or an opportunity there to also have a carbon credit.”

Whether to sell the credits through a private US based market or the Australian Federal Government’s Emissions Reduction Fund (ERF)was a key early consideration for Wilmot Cattle Co, but ultimately there were specific reasons why the former was chosen, Mr Austin explained. 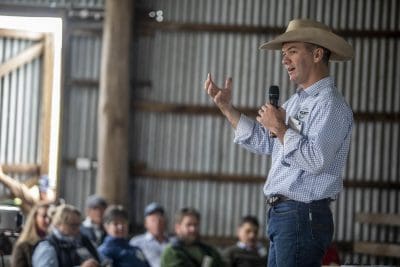 The Regen Network deal allowed the gains Wilmot had made over the previous three years to be monetised, whereas the ERF would only recognise gains made from that point forward.

“At Wilmot we had already made significant gains, and through this private market we were able to monetise some of those historical gains back three years.”

The ERF also involved higher costs than dealing with the private US market.

However, the Wilmot Cattle Company is also in the process of developing a project through the ERF based around another property it bought two years ago at Gunnedah, where it is using changed grazing management to build up from a degraded condition following drought.

“That project is actually an ERF project because we are starting from a very low base, all the upside is going to be there still for us to achieve in the future,” he said.

He added that Wilmot has been actively discussing with the Australian Government some of the barriers to participation it sees in the ERF framework with the view to making it easier for all users in future. He said the discussions were open and receptive but reliant on the time required for changes to be made to regulation and legislation.