In a ground-breaking move for the Australian livestock industry, a New England cattle business has sealed a significant sale of carbon credits to one of the world’s leading technology companies. 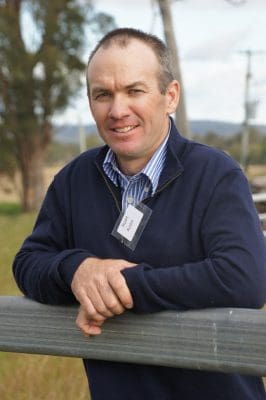 The carbon credits have been verified and sold by the US-based Regen Network, under their CarbonPlus scheme, as part of the recently-announced carbon offset initiatives by Microsoft.

The soil carbon gains have been made by Ebor-based Wilmot Cattle Company as a result of enhanced grazing management over the last three years on two of Wilmot’s properties in northern NSW.

The general manager of Wilmot Cattle Company, Stuart Austin, said the company had focussed on better grazing management over the last few years in order to increase efficient use of pasture and build resilience to drought.

“Grazing management has become an important focus of this business over the last few years and has resulted in a boost to productivity and to profit, and to ensuring that we are not overgrazing through drought years. The prospect of being paid for carbon sequestration while building a resilient landscape has encouraged this change and will ensure its permanency,” he said.

“This is an indication of what is going to be possible in the future for farmers who are focussing on their soil health and particularly on how they can enhance their soil carbon.

“While the market for soil carbon credits is in its infancy, as measurement techniques evolve and become more sophisticated, we believe there will be many more opportunities of this sort for Australian farmers”, Mr Grogan said.

Wilmot Cattle Company’s tranche of carbon credits is valued at over $500,000.

They are branded CarbonPlus Grassland Credits, and Wilmot is the first company in Regen Network’s portfolio to sell credits based on soil organic carbon sequestration achieved through rotational grazing.

The “Plus” designation recognises the significant environmental and agronomic co-benefits achieved in addition to the carbon sequestration. Co-benefits include better water retention, enhanced pasture and farm-scale biodiversity, reduced need for expensive inputs such as chemical fertilizers, and the virtual elimination of soil erosion.

Alasdair MacLeod, Chairman of the Macdoch Group, which owns Wilmot Cattle Company and is a shareholder of ImpactAg Partners, said he believed this is a major step forward for the livestock industry. “Instead of being part of the environmental problem, we believe that well managed livestock can be part of the solution to the challenge of carbon emissions.

“There is a great deal of work still to be done to refine carbon farming techniques and soil carbon measurement methodologies, but here is justification for the emphasis that the Australian Government has put on soil carbon as a major contributor to the country’s decarbonisation strategy.

“Our team is currently working with the Clean Energy Regulator to help develop the regulated market for soil carbon credits in Australia and, as a result of this work, we hope that soil carbon projects will become widely available to Australian farmers in the near future,” Mr MacLeod said.

He added that another of his group’s companies, Maia Technology, worked with Resource Consulting Services to develop the software and training modules used by Wilmot Cattle Company, and that Maia and RCS are developing training modules to help other graziers improve their soil health, including carbon, while building business resilience.