A NORTHERN Territory cattle station manager’s interest in exploring the potential to use cell grazing in Australia’s extensive northern zone has led to an opportunity to travel overseas to research the topic as a Nuffield Scholarship recipient. 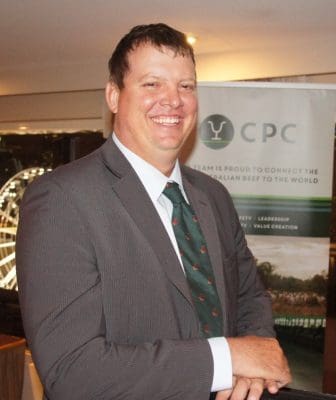 Cameron Kruckow, manager of Consolidated Pastoral Co’s Manbulloo Station near Katherine, has challenged some northern grazing industry conventions with his trial work over the past three years using cell grazing.

Common industry thinking has always been that cells is best suited to higher rainfall, more intensively-managed cattle applications in parts of Australia further south, but work on Manbulloo is causing a re-think about that.

“Cameron is really challenging the way we approach grazing in northern Australia, and to see a property near Katherine strip-grazing Brahman cattle with a single-wire electric fence and rotational grazing is very impressive,” Mr Setter said.

Apart from one small cell grazing trial project on Beetaloo on the Barkly Tableland, cell grazing is virtually unheard-of in the Northern Territory industry context.

“We think our project is taking it to another level,” Mr Kruckow told Beef Central.

The trial on Manbulloo involves about 1500ha of country divided into 28 paddock cells – some as small as 2ha, and the largest around 340ha  – and around 1000 cattle each year.

“The cattle are only on each small paddock for a very short period, but it’s about aerating the country, fertilising with the natural fertiliser that the animals produce, and allowing the country to spell between rotations, to improve pasture composition and lift productivity,” he said.

A rotational grazing plan is used to manage rest periods. Smallest paddocks may hold cattle for only a few hours, with larger cells between three and six days. Typically, cattle are on the move every couple of days.

This year is the third season of operation of the cells, and already some positive changes are being observed.

“We’re seeing a lot more dense cover in the pasture, and getting away from the traditional long, lignified grasses, with shorter, more leafy feed. It’s producing better kilos of beef per hectare, compared with adjoining control paddocks that are set-stocked.”

Cattle typically have three rotations through the cells over about 100 days, before being shipped. Numbers reduce significantly across the dry-season cycle.

In time, he’d like to think that Manbulloo would convert more or less entirely to cell grazing. “There is certainly scope to take it to a much broader scale,” he said.

Covering some 3794sq km, Manbulloo at different times runs up to 20,000 head of CPC cattle, mostly as a holding and growing depot for cattle from other stations before live export out of Darwin.

Long-held interest in ‘moving cattle around’

Mr Kruckow said he had always been interested in ‘moving cattle around.’

As a youngster, he used to watch his grandfather regularly shifting cattle around different paddocks to keep pasture in check in his small herd on the high-rainfall North Queensland coast south of Cairns.

“When I was working earlier on Dungowan (CPC’s red desert country near Top Springs, on the edge of the Territory’s Victoria River District), I noticed that there were areas that were a long way from water, meaning cattle rarely grazed them. We’d walk past them when taking cattle to a yard, and there were certain areas that we would ‘block-up’ for a few days, to give cows and calves a spell or to mother-up, effectively creating a cell.”

“I just noticed over a few years that the grass was changing in those areas, producing more cover, and more plants germinating.” Shifting cattle between cells on Manbulloo

One of the biggest points of resistance to cell grazing is often the additional labour requirement, but Mr Kruckow said it had proven fairly easy to manage on Manbulloo.

“It literally takes one man about an hour to do a shift. Cattle get conditioned to it, and are ready to go when they hear the truck coming. They know there is fresh feed ahead,” he said.

Apart from a couple of paddocks using galvanised plain wire permanent fencing, the rest is done with an easily-shifted single electric tape, all driven by solar-powered energisers.

A couple of additional tanks are set up to provide watering points, and a movable trough is used with a rise and a cap on it which is simply plugged-in from poly pipe outlet taps.

The other common question is how naïve Brahman cattle uneducated to electric fencing adapt to the cells, and the fencing system used.

“The first four days after arrival we have to be right onto it,” Mr Kruckow said.

“The first time they hit a fence, the can go straight through it. None of them have ever seen an electric tape before, being big rangeland paddock cattle. But it takes only a few days of education, and they very quickly respect the tape, and we have no further problems, even with fully-grown cattle. We brought in a few full-grown cleanskin cows recently, and they were fully controlled, within days.”

Mr Kruckow agreed that the Manbulloo project may have helped break down some common ‘perceptions’ about managing northern extensive cattle using electric fencing. “It’s certainly not the case that you have to introduce them at weaning or calf stage to electric fence, in our experience,” he said.

He said other industry stakeholders in the Territory were ‘definitely curious’ about what CPC was trying at Manbulloo.

“Everywhere I go I get asked about it. There’s plenty of cattle people in the NT with an open mind, but perhaps still a little afraid of the unknown. As we learn more, I think others might be prepared to have a go and take on what we’re trialling.”

Mr Kruckow, who has been manager at Manbulloo for the past four years after previously serving as head stockman, has received a 2017 Nuffield Scholarship, to further his knowledge in improving grazing strategies in northern Australia.

“I’m planning to look at a range of issues surrounding pasture and grazing management, including improving soil health and pasture composition, with a view to lifting profitability and growing kilos of beef,” he told Beef Central.

The first stage will be Nuffield’s Global Focus program starting March 5, bringing together a group of scholarship winners from across agriculture, who will visit Brazil, Mexico, the US, France, Ireland and New Zealand. Mr Kruckow  will then undertake some individual study later in the year focussing more on his chosen subject area, probably in the US, Africa and Argentina. New Zealand may be added, with a particular focus on high-density grazing systems.

He said he was looking forward to the opportunity to see how others around the world approach cell grazing on a larger scale.

“There’s been a lot of work done in South Africa in larger-scale rotational grazing, especially among pioneers like Alan Savoury,” Mr Kruckow said.

“We just really want to learn what we can, so we can develop this process further ourselves. With more education and greater knowledge, I’m hoping cell grazing can be applied more widely across the north.”

He acknowledged the generous support of his sponsors for his Nuffield Scholarship, the Australian Agricultural Co, and ANZ Bank. “I also thank Nuffield for the opportunity to travel the world and chase this passion of mine, and my boss Troy Setter for supporting me in this opportunity.”