A few years ago Augathella cattleman Doug Cameron was waiting in line to pay for fuel at a service station in Roma, having just sold another line of store cattle into a tough market for a barely profitable return.

As he waited he found himself looking at a display of beef jerky on the counter, his mind playing on the fact that just 50 grams of the dried beef product was selling for around $10. 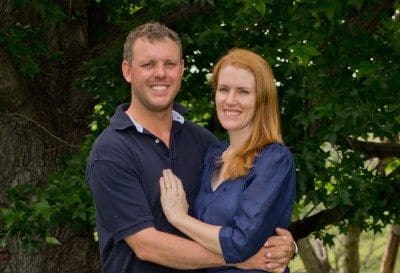 Doug had been making his own beef jerky to an original recipe for several years, receiving rave reviews from family and friends, with some even asking to buy it.

The idea of value-adding also appealed to Doug, as it has to many producers, as a potential way to improve the returns he and wife Rachelle could receive from the beef they were already putting so much time, energy and money into producing.

“At the time with prices, by the time you took out freight and yard dues, you might have been getting about $50 a cow, and we were struggling with that like everyone else was,” Doug explained.

While the value-adding path for many producers has led to selling their own branded beef as chilled or frozen product directly to consumers, to varying levels of success, Doug and Rachelle decided to follow a less trodden path by putting their already well-liked jerky recipe to the commercial test.

It took roughly two years from that decision to the commercial launch of their branded “Nive Beef” beef jerky late last year.

A unique point of difference 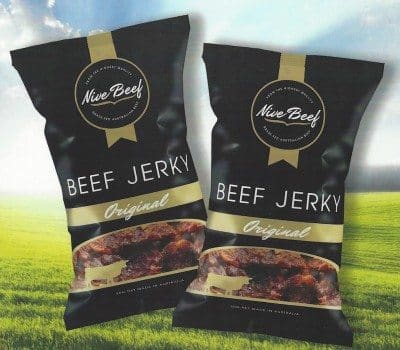 Nive Beef jerky is a true “paddock-to-plate” product – or ‘paddock to packet’ to be more exact – an attribute which gives it a unique point of difference in a crowded and competitive retail beef jerky space.

The central marketing message focuses on the sustainable nature of the Cameron’s cattle operation. Nive Beef jerky is made from 100pc grassfed beef, free of hormones and preservatives, and produced from cattle grazed using low-stress stock handling techniques in a rotational grazing system designed to ensure protection of grasscover.

The process of making Nive Downs beef jerky takes about three weeks from paddock to shelf.

Grassfed steers (Angus cross and Angus and Charolais cross) are selected at around 21 months of age, weighing approximately 450kg, the optimal weight for the production of lean beef which is ideal for jerky production. 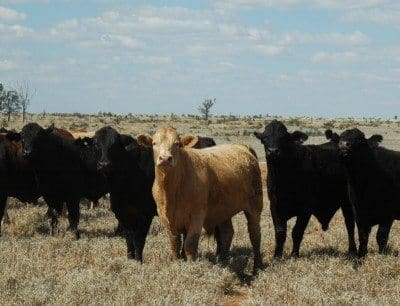 The steers are processed in nearby Augathella, where the muscle meat is cut into strips and cryovac-packed for refrigerated transport to a food processing facility in Toowoomba. There it goes through a process of marination, slow-oven cooking, cooling, testing, packaging and distribution.

The process converts about 100kg of wet meat into about 45kg of beef jerky.

The leaner the beef, the better the jerky, Doug says. Fat content affects and limits shelf-life, which is why only whole muscle-meat is used.

“We utilise the hindquarter – the topside, round, and rump, and there are also times when we will use the eye fillet depending on the season,” Doug said.

The forequarter meat and trim from the same animals is sold directly to butchers.

Perhaps the biggest challenge the Camerons encountered in the two years it took to establish Nive Beef Jerky was the sheer number of food safety hurdles that had to be cleared in order to produce and market a retail food product. 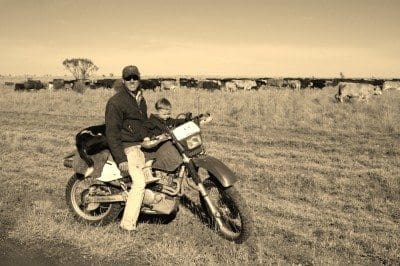 Doug has effectively had to become a fully accredited meat processor in his own right to be able to make and sell his own beef jerky.

“I remember when we first got into it, someone said ‘I’ll take my hat off to you if you make it’,” Doug recalled.

“I said what do you mean? And he said you will have about 50,000 hoops to jump through, and that was pretty well right to be honest.

“But you understand why those hoops are there. We test every single batch we produce for safety reasons. It is over and above the requirements, but we do it because we want to know that the product is 100pc safe.”

Since the official launch last year Doug said there has been steady growth in the number of retail outlets stocking Nive Beef jerky and in the number of orders being placed directly with their website.

Two new flavours were introduced just before Christmas last year – Heated Garlic and Hot and Spicy – and a new Red Thai Curry flavour is also in the pipeline for release soon.

“We take risks every day, such as do you feed the cows or do you truck them and sell them, and to be honest this is no different”

Doug said that while many people viewed beef jerky as something you chew on while driving, with Nive Beef jerky they are aiming to produce a premium-product with a diverse range of uses, such as on gourmet platters, in school lunchboxes or as an ingredient in other foods, such as salads.

Doug admits that plunging into the unfamiliar waters of marketing, product development and food retailing has been a massive learning curve, but it is one that he and Rachelle are thoroughly enjoying.

“I have been on a horse since I was four, I will be busy for the rest of my life with this place, but this is allowing us to do something a little bit different,” he said. 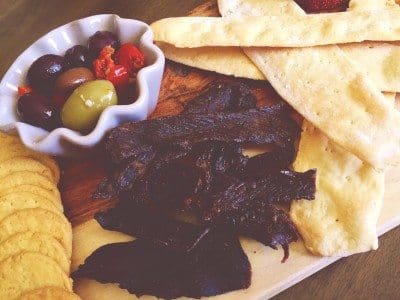 “We’re marketing our own product, I find it invigorating and interesting and hopefully it will pay off.

“We take risks every day, such as do you feed the cows or do you truck them and sell them, and to be honest this is no different.