WEIGHT loss through evaporation in the chillers when reducing the temperature of carcases following slaughter can often be as high as 1.5 percent to 3 percent of total product weight.

This evaporative weight loss is a direct and significant loss in profit, often accepted by a processor as an ‘inevitable’ part of the production process.

However recent developments in humidification technologies have improved carcase chiller humidity control and enabled progressive abattoirs to reduce their primary chilling evaporative losses to around 1pc or less.

By consistently maintaining a high humidity level in the chill-down area, moisture is prevented from leaving the carcase during cooling. The main challenge when managing the humidity level in a carcase chiller is that cold air can physically hold very little water – so humidifying a cold atmosphere without causing wetting in the room is complex.

To understand how to successfully humidify a chill down area, it is important to appreciate the physics behind relative humidity.

Relative humidity (RH) is the amount of water air contains, expressed as a percentage of the amount it could contain at the same temperature. For example, air at 100%RH cannot contain any more moisture – it is saturated. Air at 50%RH can hold twice as much moisture than it currently does.

Heating air allows it to hold more moisture, which causes its relative humidity to drop. The heat doesn’t remove moisture from the air but ‘dries’ it by increasing the volume of water it could potentially hold.

When air is introduced to an abattoir’s chiller, it is very cold and can hold very little moisture. Relative humidity is close to 100pc even though its moisture content, referred to as ‘absolute humidity’, is very low.

When this cold air is warmed by the thermal energy it absorbs from the incoming carcases from the killfloor, relative humidity drops allowing the air to hold more moisture. As the air is capable of holding more moisture, in a sense it becomes ‘thirsty’ and draws water from any surface wetter than itself, such as the meat’s surface.

This is why the majority of primary chilling evaporative losses occur in the early stages, when the carcases are at their hottest and wettest. The air flowing through the chiller is warmed by the carcases to its highest temperature and lowest relative humidity.

By employing humidifiers in a chill-down area, the ‘thirsty’ air that is warmed by the carcases absorbs moisture provided by the humidification system, rather than from the meat. However, given the needs of a processing plant to maintain ultra-hygienic conditions inside the chill store, condensation and wetting are undesirable.

Some market regulations prevent use of spray chilling

Some of Australia’s export markets, such as the EU, for example, have regulations preventing the use of ‘spray chilling’ – a process where water is directly sprayed onto carcases to reduce their temperature. Therefore, primary chilling humidification systems must successfully maintain an air humidity level without wetting onto the room’s surfaces or sprays coming into contact with the meat itself.

To achieve this, specialised carcase chiller humidifiers produce very fine mist, with a droplet size of between 5-7 microns. The humidifier combines water with compressed air in precision-engineered nozzles. This ultra-fine mist is released into a carcase chiller’s atmosphere through strategically locating these spray nozzles around the room. The aerosols are typically introduced to the air coming off the chillers.

However, as the cold air from the chillers is saturated at around 100%RH, it cannot absorb any more moisture at this temperature. The humidification system therefore uses the airstream as a transport mechanism to carry the aerosol into the room. When the airstream is warmed by the carcases, the mist is fully absorbed by the atmosphere, preventing any significant drop in humidity and inhibiting evaporation from the meat.

In refrigeration specialist Condair’s JetSpray cold store humidifier system advanced control sensors are strategically positioned to constantly feed back information on the room’s air condition to the humidification system. This tightly controls the humidifier’s output to ensure full absorption of the water mist without under or over-humidification.

To improve hygienic conditions within the room, the water introduced by the humidifier can be treated with a reverse osmosis water filter to remove particulate matter and bacteria. As a secondary measure, it can be subjected to ultraviolet sterilisation to deactivate any remaining micro-organisms. Pipework design must not leave water to gather in dead legs and the humidifier should also combine flush-and-drain cycles with a compressed air blow-through to remove the possibility of any moisture remaining in the system during periods of non-operation.

If the humidification system is correctly designed and set-up for the carcase chiller in question, then the air humidity around the carcases can be precisely maintained at the optimum level throughout the chill cycle, without any wetting in the room or on the meat, Condair says.

An additional benefit of maintaining a high humidity during primary chilling is that the specific heat capacity of humid air is greater than dry air, so it can therefore absorb more thermal energy. This means that air with a greater moisture content is more effective at removing heat from carcases, which reduces the time it takes for them to reach their target temperature before boning. A quicker chill cycle also lowers the energy consumption of the refrigeration system and as the surface of the carcases cool more rapidly, microbial growth is also inhibited. 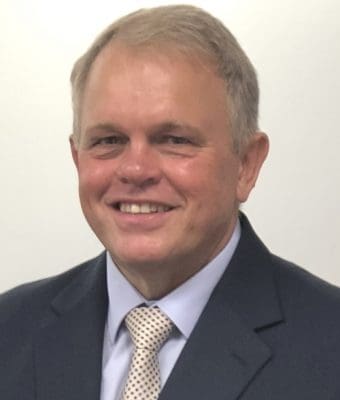 Using this strategy Condair has been able to successfully lower evaporative losses at abattoir operations in the UK, Ireland, South Africa, India and South America. Potential improvements depend on the type of meat and the cooling process being employed but return on investment is rapid for any abattoir processing more than around 40 beef carcasses per week, or equivalent pork or lamb.

“If primary chilling humidification systems were consistently employed, even reducing weight losses by just 0.5pc would prevent 16.5 million kilograms of product simply evaporating into thin air annually. This would represent a very welcome boost to profits for the industry,” he said.

Further information on reverse osmosis: A useful guide explaining how reverse osmosis systems work has been developed by Water Tech Advice which can be viewed at this link.