Beef Central can confirm this morning that the Australian Agricultural Co has officially hit the ‘on’ button on its much-vaunted Darwin beef processing facility, heralding a new era in cattle market dynamics in northern Australia.

The company has today received the final approved environmental protection licence from the Northern Territory Environment Protection Authority, finalising requirements for the full commercial operations, sale and shipping of beef from the facility. 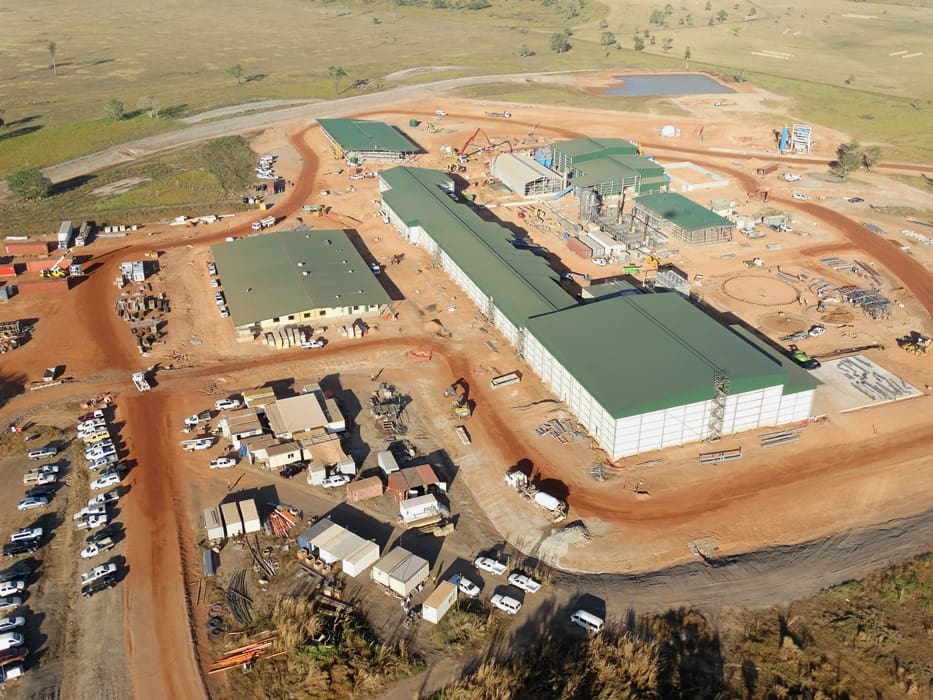 Few agricultural projects in Australia’s history, with the possible exception of the Cubbie Station irrigation project near Dirranbandi, have attracted as much media scrutiny as AA Co’s Darwin meat facility, during its development phase.

The novelty value in the establishment of the first significant abattoir in northern Australia in 50 years, and the collective nay-sayers who insist it won’t work, has fed a media frenzy which has unfortunately brought out a considerable degree of misreporting in the quest for the next ‘story angle.’

Despite media suggestions last month that the project had ‘failed to meet’ its projected September completion deadline commitment, AA Co clearly referred to September as a timeframe by which it aimed to commission the plant, rather than deliver commercial production – a deadline which it clearly met.

AA Co managing director Jason Strong confirmed to Beef Central this morning that commercial kills have started at the site. In a ‘soft start’ process, initial kills next week will amount to about 40 head a day, increasingly progressively.

Product will accumulate in cold storage before the historic first sale consignment is delivered in a couple of weeks’ time.

The first customer will be an un-named domestic manufacturing beef customer on the eastern seaboard, rather than an export client, as some might have expected. It is not clear yet whether the product will be transported by road, or via coastal shipping route.

There have been a series of unexpected delays in moving to a commercial kill at the Livingstone site south of Darwin, due to the EPA regulatory process surrounding the plant’s Operational Management Plan. The process, covering-off on almost 80 components and conditions included in the license, is not a simple process, and it is not at all unusual for such licenses to have to go through multiple stages before final approval.

AA Co is sticking by its second commitment, that it will be operating a full, single killing shift of 520 head per day by March next year. “That timetable is well on track,” Mr Strong said.

“This is the next stage in a well-planned and executed plan and program that the company has had in train for the past 12 months or more,” he said.

“It started with the board signing-off on the project in August last year, to achieving the objective of commissioning the facility in September this year, to securing all initial cattle supply requirements needed to work towards a full-shift kill in March next year.”

“We are proud that the plant, now known as Livingstone Beef, has been completed on time and on budget,” he said

While a few cattle have been kill prior to this as part of the commissioning process, within certain constraints agreed to with the EPA and others, full regulatory approvals gained today will now see the project move to ‘ramping-up’ kills to the stage where it achieves a full shift kill of 520 a day next March.

Mr Strong also rejected statements made by media on the weekend that the company would now have a ‘battle on its hands’ securing slaughter stock for upcoming kills, given competition from live export which had seen prices out of Darwin risen dramatically to 250c/kg or more in past weeks.

“As we have stated previously, we have already secured all the slaughter cattle we need to satisfy requirements out to March next year,” he said.

The last ‘serious’ northern Australian beef kill was conducted at Katherine meatworks in 1999, after which Teys Bros/Consolidated Meat Group mothballed that plant in the face of growing competition for stock from the rapidly emerging live export trade.

Teys applied some scrutiny at re-opening the Katherine plant around 2005, but could not arouse support from northern producers in the form of a supply commitment, in the face of rapidly expanding live export trade out of Darwin at the time.

The new $91 million Livingstone facility incorporates a host of new technology not seen in conventional abattoirs, and will employ up to 320 staff when it reaches full 1000-a-day double shift capacity.

“It also provides another channel to market for northern beef producers, who until now have had limited local sale options. We’re also proud of the capability of the company to comply with the 78-conditions of the environmental licence, the first of its kind in decades for a new meat processing facility.”

Mr Strong will speak at the Northern Development meeting in Darwin on Monday, where he is sure to come under heavy questioning as industry and other stakeholders seek to learn more about developments at the site.