“It’s in an excellent region for producing quality cattle and the plant is set-up to process them,” Mr Greenham said.

The Moe plant, set up for yearlings or dairy cattle, is not a hot boning plant, but incorporates chilling for quality beef production. Current capacity is around 200 head a day, with potential for expansion.

The plant holds an export license, and like a number of others is waiting to receive approval for export to China. Apart from the odd day’s kill here and there, Moe has remained basically closed since 2015. Despite the extended closures, all the licenses remain intact, and maintenance and upkeep has continued.

Greenhams currently operates meat plants near Smithton in northern Tasmania and Tongala in northern Victoria. Mr Greenham said being 90 minutes from Melboune, in the middle of a good cattle producing region, Moe would complement the company’s hot-boning dairy cattle kill carried out at Tongala.

“It will allow us to operate in different geographic areas of Victoria, and kill some higher quality cattle in Victoria, as well as our Tasmanian operations at Smithton,” he said.

The company plans to employ about 100 staff to man the site, aiming to utilise the knowledge of former Moe employees and local workers where possible.

“We understand the importance of employment opportunities in building and maintaining rural communities, so we’re keen to see people get back to work in the Gippsland,” Mr Greenham said.

The processing business is expected to contribute significant weekly economic activity to the region through wages, payments to ancillary suppliers and livestock transactions.

Mr Greenham emphasised the necessity for supporting beef and dairy producers in Gippsland with a reliable local operator to process their stock.

The company plans to offer its standard 36-hour payment terms to all over-the-hooks purchases to assist with cash flow to farm businesses. It also plans to open several ‘liveweight buying centres’ – local weekly scales where producers receive payment on the spot for their cattle. The company has practised liveweight over-the-scales purchasing in northern Victoria for dairy cows for the past 25 years.

As recently as Melbourne Show this time last year, Hengyang Group management told a beef producer audience that the company was in the Australian processing industry ‘for the long haul.’

Hengyang had a rough couple of years after investing in the Australian beef processing industry, with cattle prices skyrocketing from early 2015. Both the Moe and Lance Creek plants were shut for lengthy periods during 21015 and 2016 due to volatile cattle prices and lack of processing margin.

The 2015 and 2016 slaughter seasons clearly produced some tough lessons for the new owners about the volatility and often narrow or non-existent margins in Australian beef processing, as cattle pries sky-rocketed. 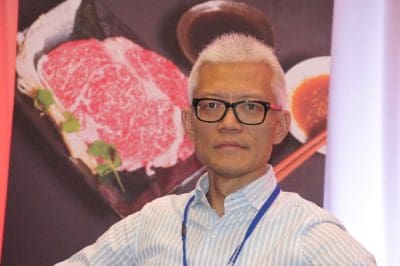 Last year the business was killing small runs of cattle two or three days a week at Lance Creek, but Moe remained closed.

Mr Jiang told a Melbourne show audience last year that Hengyang Group remained committed to its Australian processing investments, and in fact had plans to vertically integrate into acquisition or joint venture of feedlot assets, and cattle producing farms.

He said Tabro had spent roughly $10 million on both processing plants during the 2015-16 Christmas/New Year shutdown period to lift efficiency and performance, ranging from pre-slaughter handling facilities to cold storage infrastructure, and X-ray and fat analysis equipment. Hengyang also installed modern freezing technology to assure better quality of high-end products. Total investment in the Australian operations, since the original plant purchases, amounted to $13 million, he said.

Tabro’s parent company has also made substantial investments in Brazilian, Argentinean and Uruguayan processing assets in the past three years. Expansion was also taking place in the Chinese market, with new boning facilities, processing facilities and value-adding infrastructure.

Hengyang Group operates 12 plants across China, up to 50,000sq m in size. The company had also established a large network of sales outlets.

No price was disclosed for Greenham’s purchase of the Moe plant.