Deal may be close on Cootamundra abattoir purchase

A DEAL is close to being struck on the sale of the mothballed Cootamundra abattoir in New South Wales, Beef Central understands. 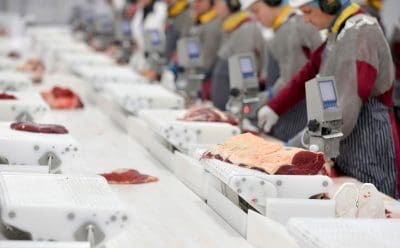 Current owners Manildra Meat Co confirmed that a sale process was well advanced, but chose not to comment on the details until it is finalised.

Beef Central understands the prospective buyer will be veteran processor Joe Catalfamo’s Australian Meat Group, which operates the former Castricum-owned export-licensed beef processing facility at Dandenong, south of Melbourne, and a smallstock plant processing 3000 lambs and sheep a day at Deniliquin, just over the NSW border.

Mr Catalfamo was the owner of the Tasman Group, which sold its six Victorian and Tasmanian processing and lotfeeding interests to JBS in 2008.

Local livestock industry sources in the Cootamundra area said there had been rumours circulating for the past fortnight that a Chinese consortium might be lining up to purchase the plant.

Australian Meat Group’s managing director Gilbert Cabral was not available for comment this morning. Contracts on the Cootamundra purchase are expected to be finalised by early new year, Beef Central understands.

Manildra Meat Co closed the Cootamundra abattoir in February last year, blaming record high livestock prices and lack of profitability. At the time Manildra said the plant would not be put on the market, but would remain closed until trading conditions improved. Three months earlier in December 2016, Cootamundra lost its lamb supply contract with Woolworths, which accounted for about 1500 lambs a day.

Manildra fought off Chinese investor competition to purchase the Cootamundra abattoir from original owners GM Scott in 2014. The investment was made to diversify Manildra’s agribusiness interests, which include flour and sugar milling, stockfeeds, ethanol production and other commodities.

Cootamundra has the capacity to process about 3500 lamb and 200 cattle a day. Substantial investments were made at the plant during the final stages of GM Scott’s ownership, designed to upgrade to export certification.