A RESEARCH and development project is exploring how technology can help bring subjective meat grading into the future utilising Augmented Reality (AR).

Meat and Livestock Australia has partnered with engineering design-and-build business, Wiley in a project aiming to innovate meat grading using computer-vision, with the goal of objective measurement and decision-support for meat grading personnel. 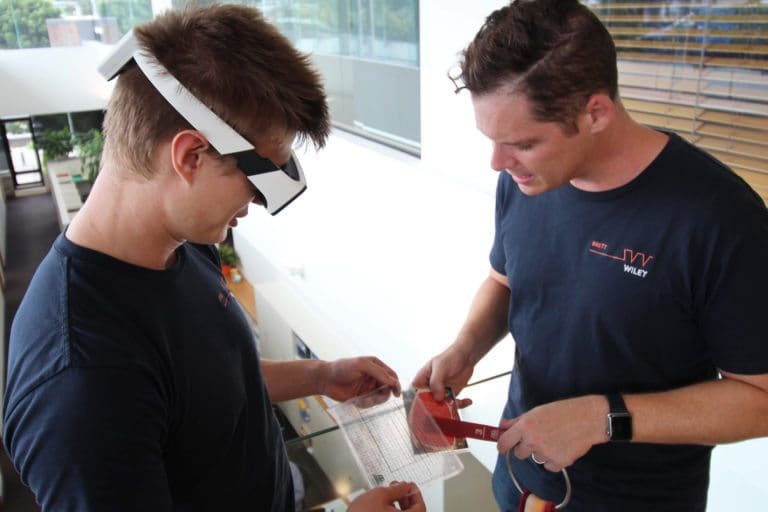 The platform is designed to distinguish the colour of a meat sample accurately, determine the surface area of the rib eye muscle (the standard grading point) and introduce hands-free scanning of meat sample tickets.

These features have been demonstrated using a Vuzix m300 augmented reality headset, as well as on various hand-held devices.

This project consisted of two phases:

The subjective collection and assessment of meat grading attributes in the industry have contributed to trust issues between producers and processors, a joint MLA/Wiley report said.

As evidenced during the recent Senate Inquiry into red meat, some producers and feedlot operators were concerned about the precision and repeatability of meat grading in Australia.

“Meat graders are not to blame. Humans are simply not built to repeatedly make objective judgements, day-in, day-out,” the report said.

In a US study of meat grading, it was found that 50 percent of meat samples were mis-graded in some way.

“Decision assistance for meat graders may lead to improved transparency and consistent outcomes for the meat industry. Increased precision has obvious benefits, such as accuracy on a carcase-by-carcase basis, and broader labour efficiencies. But there are also subtle flow-on positive impacts to the industry and processors,” he said.

Decision support using the augmented reality platform was likely to bring about greater speed and decreased training periods for meat graders, he said.

“In addition, such a solution has the potential to normalise grading performance across shift duration, between graders, between facilities and across processor groups.”

Both the augmented reality market and the platform developed through the research project showed substantial potential, he said.

“The successful demonstration of a meat grading application in conjunction with the continuing development of augmented reality solutions make it reasonable to expect augmented reality to play a substantial role in the meat industry in years to come. This platform will have much further potential as the technology advances,” he said.