The wildflower way, south of Geralton in Western Australia is in full bloom this year. Photo: Robin McConchie

WILDFLOWERS have started to bloom across large parts of the country after widespread autumn and winter rain.

In recent months, social media has been awash with pictures of the blooming plants covering paddocks. The pictures have been coming in from across the country.

The Lake Eyre Basin has been one of the main areas for wildflower blooms, with floods in the three main river systems – the Cooper Creek, the Diamantina River and the Georgina River.

Floods have made for spectacular viewing from the air, with Glen McCamley, who manages AA Co’s South Galway station, out and about taking photos. The company uses the property for backgrounding cattle in its brand programs.

AA Co’s then chief operating officer and now managing director Dave Harris spoke to Beef Central earlier in the year about the bumper season in the channels. He said many paddocks were still inaccessible in the middle of winter, with spring likely to bring through some important pastures.

“That’s when we will see the sorghums, millet, potato vine and blue bush come through – it’s not unheard of to see cattle do 2.5kg a day out there,” he said.

More rain has fallen in the area since Beef Central spoke to Mr Harris, but the pictures are showing plenty of growth.

Further east, the Warrego River has also seen some plenty of water in the past two years and paddocks in the catchment are also covered in wildflowers.

Plenty of herbage has popped up after years of drought and these photos were taken on Quilberry Station, north of Wyandra. 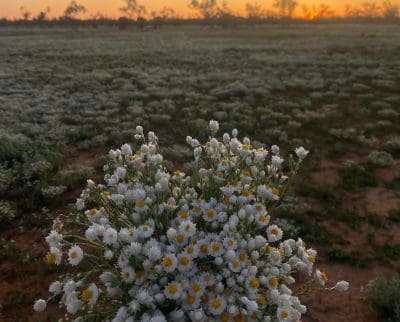 Wildflowers on Quilberry Station, north of Wyandra, which is on the banks of the Warrego River. Photo: Kate Fisher 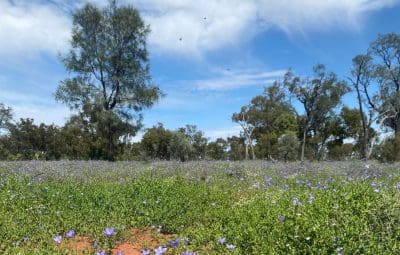 While the Queensland wildflowers have been impressive, former ABC Rural executive producer Robin McConchie has been travelling the wildflower way in Western Australia – an area near Geraldton north of Perth. 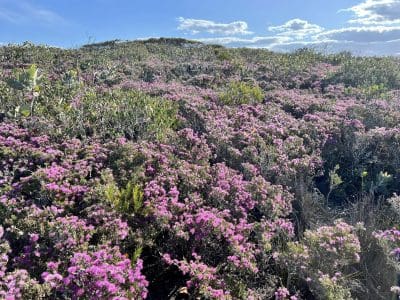 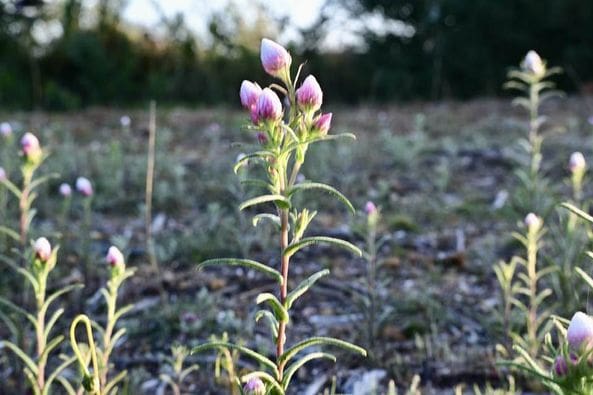