One of the nation’s largest landholders, the reclusive Mr Brinkworth gradually built up a network of more than 100 grazing properties from his home base at Watervalley near Kingston. 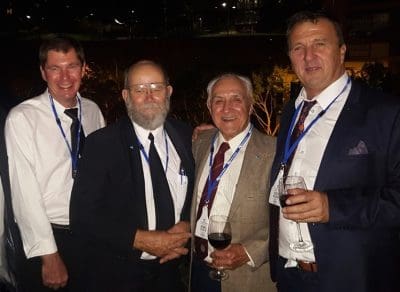 The Brinkworth empire covered more than a million hectares of quality, reliable rainfall country across South Australia, Victoria and NSW, including more than 250,000ha in South Australia’s south east. One of the jewels in his crown crown was the famous Riverina pastoral icon, the 80,000ha Uardry Station.

Mr Brinkworth made headlines in 2013 when he bought 18,000 cattle from the Australian Agricultural Co’s droughted Brunette Downs on the Barkly Tablelands, trucking the cattle to Longreach, before droving them 2000km to Uardry. Excluding deals involving property acquisitions, the $7 million deal was one of the largest purchases of cattle from a single vendor to a single buyer in Australian history.

Beef Central spoke to Mr Brinkworth about the success of the deal in this article published in 2016.

Mr Brinkworth is survived by his wife Pat, sons Ben and Angas, and daughter Annabel.