TRIBUTES are flowing in from stakeholders across northern Australia following news that innovative Northern Territory cattleman John Dunnicliff has passed away over Easter, after a battle with cancer.

Mr Dunnicliff is remembered across the region as a best-practice producer, an innovator and a deep thinker with the courage to try new technologies and techniques in optimising the productivity of his land. 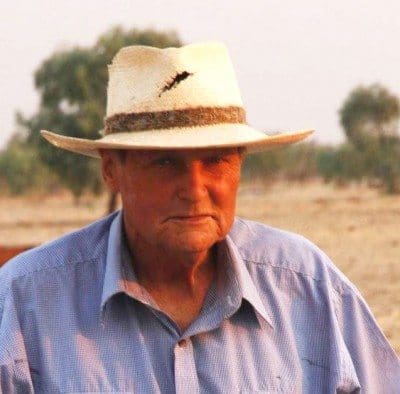 “He had the courage to blaze trails and break new ground, investing in emerging technologies and methods for land and cattle management,” NT Cattlemens Association chief executive Tracey Hayes said in a statement this afternoon.

“In success or failure he shared his knowledge and learnings, providing practical examples and evidence, inspiring others and leading industry,” she said.

Former NTCA president, David Warriner remembers Mr Dunnicliff as an operator who has applied his trade from King Island in the south to the Kimberley in the north, and all that lies between, with great success.

“John is remembered as well-known among the large cattle traders of the 1980s who bought cattle in the north and sold them in the south on a continuous basis, for an increased per kg price as well as the weight gain,” Mr Warriner said. “He always looked for alternatives to the norm, and endeavoured to exploit them, usually with success. He was rarely happy with the status quo and it would be safe to say he is an advocate of the quote “the definition of insanity is doing the same thing over and over again expecting a different result,” Mr Warriner said.

“If John was not satisfied, something was invariably about to change.”

In recent times Mr Dunicliff focussed on a major water infrastructure development project on his property Beetaloo, on the Barkly Tableland, designed to spread grazing pressure more evenly across the landscape and better utilise available feed, especially during drier times of year.

As reported on Beef Central last October, the Dunnicliff family own Beetaloo Station, Mungabroom and OT Downs, which collectively span one million hectares on the Barkly Tablelands. With financial backing from billionaire Australian retailer Brett Blundy, they have invested millions of dollars to increase the number of watering points on their Barkly properties from just 40 in 2002 to 600 today.

The ambitious development project has now been completed, and has increased the holding’s carrying capacity from 20,000 cattle 10 years ago to 85,000-90,000 today.

Mr Dunnicliff told Beef Central at the time that his family had been developing properties in different areas for a ‘fair while now’, and it had worked for them.

“The real thing that holds everyone back is whether you’re game enough to chuck the money at it, and get in and do it,” he said.

A similar development is also underway on neighbouring property Amungee Mungee, which is owned in partnership by Brett Blundy as the majority shareholder and minority shareholders Emma and Adrian Brown, daughter and son-in-law of Mr Dunnicliff and the owners of Northern Stock Water in Katherine. Click here to read Beef Central’s earlier report.

Mr Dunnicliff’s life will be celebrated on Tuesday 5 April, at 11am at Holy Name Parish, 35 Billyard Avenue, Wahroonga, NSW.