A United Nations spokesperson has told Beef Central that its tweet stating the meat industry is responsible for more greenhouse gas emissions than the world’s biggest oil companies was withdrawn earlier this week, not because it contained misinformation, but because it did not come from a UN source. 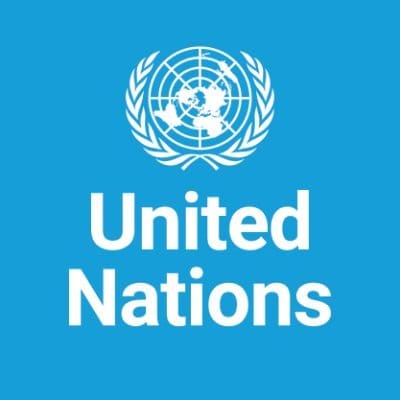 As reported yesterday the United Nations on Thursday afternoon removed without explanation a tweet which had stated the meat industry is responsible for more greenhouse gas emissions than the world’s biggest oil companies. “Meat production contributes to the depletion of water resources & drives deforestation,” the United Nations official account tweeted.

A range of international scientists challenged the United Nations on Twitter, describing the claim as misinformation and challening the organisation to produce evidence to support its statement or remove its tweet.

The UN also accounts regular statements on its own website warning internet users against posting misinformation and unverified statements.

UPDATE: The @UN has deleted their tweet claiming meat is responsible for more greenhouse gas emissions than the world’s largest oil companies. It was the appropriate thing to do. Slowly but surely, we’re starting to put the toothpaste back into the tube. pic.twitter.com/tzvKUDd5CY

Beef Central asked the United Nations if it could indicate why it removed the tweet and whether it accepted the claim in its tweet  amounted to misinformation.

In response a United Nations spokesperson overnight responded with the following statement, which denied the tweet contained misinformation:

“The material in the tweet was deleted because it did not come from a UN source,” the spokesperson said.

“This does not mean we regard it as misinformation; we simply take care to use UN sources for the information in our tweets and that did not happen with this tweet, so it was withdrawn.”

The tweet triggered an angry response from a range of sources including Cattle Council of Australia, which described the claim as an ‘absurd simplification’ and ‘misleading’.

It said the message ignored the basic point that oil extraction releases carbon storages laid down millions of years ago, while livestock emissions are part of a biogenic cycle.

Australian agricultural minister David Littleproud said the message showed the UN was “becoming irrelevant”: “Urging people to eat less meat based on an ideological agenda is nothing short of hypocritical and disgraceful,” he said.

International air quality expert Frank Mitloehner from the University of California Davis, who a decade ago exposed incorrect information published by the United Nations on livestock emissions in its 2006 Livestock Long Shadow report, called on the UN to have a closer look at the message in its July 25 tweet:

The @FAO as the UN organization in charge of agriculture and its impacts should review these astonishing @UN claims. Global livestock emits more GHG than big oil companies —-seriously? https://t.co/h14TDeDfqr

He also wrote at length about the scientific flaws in the UN’s statement on Tuesday.

No statement has been made by the UN to explain why the tweet has been removed.

Its twitter account does however still contain a number of tweets warning against people posting misinformation online, such as this one:

Misinformation is dangerous & can hamper our ability to make progress on global issues.

So take a moment to pause and verify facts before sharing online. #TakeCareBeforeYouShare. https://t.co/9cNARG43wd pic.twitter.com/CtSgtCkx7m