The Business of Beef: How grazing beef businesses boomed in 2022

“The Business of Beef ” is a regular series produced by the Bush Agribusiness team for Beef Central readers.

Our team here at Bush AgriBusiness have finished compiling the analysis of our client base for the 2022 financial year and there is a fair bit to unpack in the data. We’ve seen record operating profits combine with massive land and herd value increases to generate good returns for clients, however the increasing land and herd values has meant that the return on assets isn’t as high as it was a few years ago. 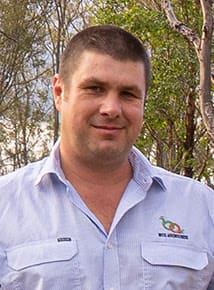 The Bush AgriBusiness client base is comprised of producer groups and private clients across northern Australia. They are all grazing businesses, predominately beef businesses, but also include sheep, goats and some farming (run in conjunction grazing businesses). In 2022 they managed over $1.1 billion in total assets.

2022 has seen the highest business operating profits (earnings before interest and tax) and herd profits that we’ve seen in the 10 years we’ve been analysing beef businesses. This is fantastic for the industry, which has seen profits generally increase from a recent low in 2019 caused by poor seasonal conditions.

The herd build up that has been occurring since 2019 has meant that, generally, not all of the profits have been converted into cashflows. However herd inventories are either built up again, or are close to, which means that we will see better cashflow conversion in the 2023 financial year.

Across the dataset, land values have increased by an average of nearly 20% per annum for the last three years. Livestock values have increased at similar levels, resulting in significant balance sheet growth. This increase in assets has resulted in yield compression, where the record profits (dollar figures) have not resulted in record profitability (profits as a percentage of assets). This is shown in the below graph, where it can be seen that profits (EBIT) are the highest they have been, but profitability (return on assets managed) is lower than it was in 2016 and 2017 financial years. 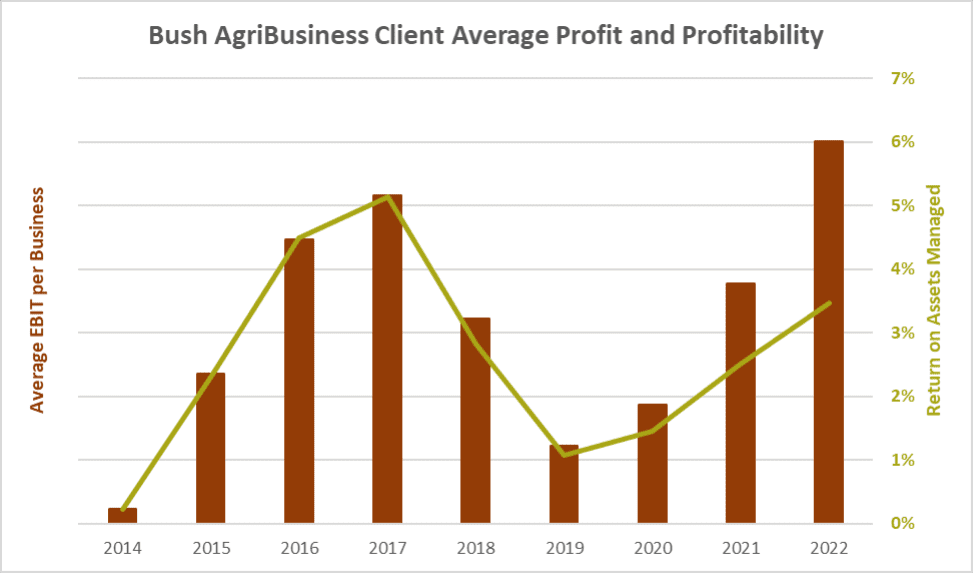 The cycle shown in the graph is an inherent feature of grazing businesses and is seen across the datasets we analyse, the good years are needed to counter the not so good, and the long-term average is ultimately what matters most. However through the cycle, the top performers perform consistently better and with less variability than the average. In the 2020 Australian Beef Report we found that for average producers nearly all of their long-term profits were generated in ‘high tide’ years (89% of 12yr profits in 3yrs) whereas the top performers were less reliant on these ‘high tide’ years (40% of 12yr profit) for their long-term returns, but made more during them.

A topic of discussion as we’ve been going through these data with our clients is the need for particularly prudent allocation of capital in times of high profit. How capital is allocated in years like this will have major ramifications on businesses for the next 20-30 years.

Looking at the performance at herd enterprise levels, commercial breeding and seedstock enterprises reported the highest profits per animal unit (EBIT/AE) in 2022 that we’ve seen, with growing enterprise profits slightly lower than they were in 2017.

These are the fundamentals to focus on to improve beef business performance in the long term.

This data is from a small sample, relative to the size of the whole industry. It is also a biased sample, as it is from producers who want to understand their business performance and are prepared to invest their time and money doing so. However, it is indicative of the winder industry, we’ve found that the average of our client base is approximately equal to the top 25% of the whole industry, when compared to industry data in the Australian Beef Report. With both following a similar cycle, as detailed above.

Next year we will be releasing the third edition of the Australian Beef Report, in which we will assess the recent performance of the industry as a whole, as well as provide other information, analyses and insights for profit focussed beef businesses.

More articles in The Business of Beef series:

Can wealth creation be tax deductible?

What rising inflation means for the beef industry