Recruitment: ICMJ students signal that beef is back on the radar as a career path

THREE of four years ago, with drought rampaging across eastern Australia and cattle prices plummeting to historic lows, the beef industry was a pretty ‘hard sell’ for young graduates considering their future career paths.

Roll forward to 2017, however, and it is apparent that the red meat and livestock supply chain has recaptured the imagination of young people looking for an industry sector worthy of their future efforts.

The injection of confidence in the industry as cattle prices shot up since 2015 has sparked investment in new infrastructure, technology, and better resourcing, which has in turn helped attract the attention of uni and school leavers.

These sentiments were clearly evident when Beef Central spent time with 20 young undergraduates, pictured above with coaches Tim Ryan and Nick van den Berg, taking part in a week-long visit to Brisbane this week as part of the Inter-Collegiate Meat Judging program.

They came from ten universities in total – Murdoch U in WA; U of Adelaide; Marcus Oldham; Melbourne and Latrobe Us in Victoria; Sydney U; Charles Curtain U in Wagga; U of New England, Armidale, and U of Queensland. All participated in the Wagga ICMJ competition back in July.

One of the trends that was in clear evidence among the group was the number of students from city backgrounds that are becoming interested in pursuing a career in the meat and livestock industry.

Here’s a quick snapshot from some of the ICMJ participants about what they have seen this week, and their future career plans: 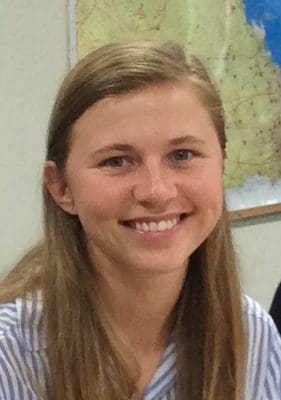 Murdoch University vet science student Harriet is a city girl from Perth, who professes to being ‘converted’ to bush life, attracted by a desire to work with livestock, genetics and related fields.

She sees herself in a large animal practise after graduating at the end of next year, perhaps after firstly working in a suburban mixed animal vet business to break her teeth.

“I’d preferably like to stay in WA, but I’d be happy to go with the flow – especially after what we have seen and learned during this trip to Queensland,” she said.

“This visit has been a real eye-opener about how the extensive cattle industry operates – just the sheer scale of it. And I was interested to see the Wagyu production systems, which I was not familiar with, at AA Co and Mort & Co.”

While the ICMJ carcase judging activity was not likely to be something she would directly apply to future vet work, Hariett said it was valuable background information, nonetheless.

“Better understanding what producers are aiming for in carcase form will allow me to better service their needs, as a vet,” she said. 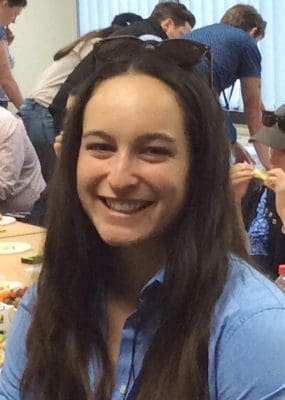 UQ Gatton applied science and agribusiness student Annabelle is in her final year of studies, which she said made the week-long Brisbane visit so worthwhile in trying to determine her future career path.

“I’m still pretty open-minded, but I know I am definitely interested in beef production – despite my family’s grain producing background,” she said. “Sorry mum and dad!”

“Genetics and animal health are particular interests, but exactly where that takes me I’m not yet sure,” she said.

Annabelle found the ICMJ judging competition at Wagga very enlightening, opening her eyes to possibilities along the beef supply chain. “I realised there was lots to do as part of a career in beef – so many opportunities. I’d prefer to say in the live animal side, but if something did come up post slaughter, that would be fine too.”

She felt that the beef industry was definitely becoming a more popular destination for uni graduates.

“There’s just so much variety these days. Technology uptake is a big part of that, and it’s opening up a whole new field. Uni studies these days are embracing those technology skills, and it gives us a leg-up when starting in our work careers. I personally don’t love the technology side, but I can appreciate that it is a very important part of agriculture these days.” 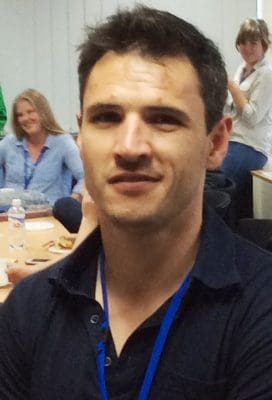 As a mature-age uni student with a working career as a chef for 12 years, including fine dining restaurants, Lorenzo brings a unique perspective to the ICMJ program. He finishes his animal and veterinary bioscience studies at U of Sydney later this year, and says the ICMJ process has helped put a focus on where he wants to head, career-wise.

“Ideally, I’d like to work in a processing plant, value-adding facility, or a vertically-integrated business like AA Co. The livestock side also interests me, but the meat side is probably where my future lies,” he said.

“This ICMJ judging process has opened my eyes to possibilities in this area. The processing plant visits were a highlight for me. It has put me at ease about job prospects after uni.”

“Earlier as a chef I wasn’t really exposed to the meat industry apart from using the product out of a carton, but it’s a whole new world. I had no idea how much was involved along the chain, and it has opened up a pandora’s box, in learning more about how the process works. I’m excited.”

One of the fine-diners he worked in as a chef was The Establishment, and its Est restaurant – one of Sydney’s best known high-end restaurants. 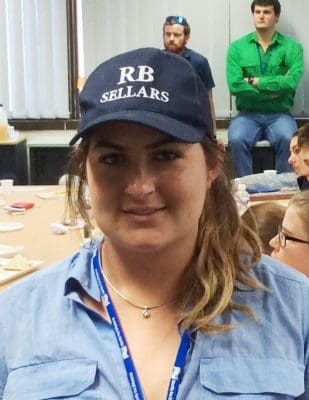 City girl Isabelle was born and bred in Brisbane, but established her love of the meat and livestock industry through visits to family and friends’ properties.

She is studying in her first-year of an agribusiness degree at Marcus Oldham near Geelong in Victoria, attracted by the structure of the degree, smaller class sizes, and the emphasis on hands-on work placement.

She has recently been working with respected meat scientist, Dr Peter McGilchrist, assisting at the meat science lab at UNE, as part of industry placement.

“I’ve loved it – shadowing Peter around the labs, and helping his PhD and honours students with their project work, and I’ve been lucky enough to spend time out at the Tullimba research feedlot, inducting feeder cattle with Angus Australia.”

“It’s a bit of a shock to my parents – my dad is an economist with PwC, and my mum is a wedding cake maker – my background could hardly be more city,” she said.

Isabelle said she had noted a lot more young people from city backgrounds wanting to engage with the cattle industry, in a variety of ways.

“Working in an agricultural industry is something that has always appealed to me, even while I was living in the city,” she said. “This week has really surprised me by the amount of diversity there now is along the red meat supply chain. So much variety, and so many different skills involved. It’s opened my eyes up about just how much there is to the red meat industry, apart from breeding calves.”

“I’d love to do something like the Mort & Co or AA Co graduate program when I finish my degree,” she said. 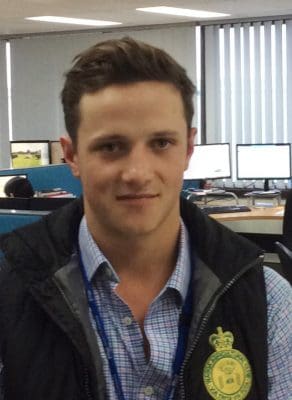 Lachlan is studying first year vet science at CSU Wagga, coming off a family-owned cattle and sheep trading business in the lower Hunter.

He’d like to work as a large animal vet after graduating, working with cattle, and given his experiences as part of ICMJ this week, perhaps in a vet consultancy role, rather than as a practising clinician.

“We’ve got so much out of the past week – exposure to different parts of the industry and a great bunch of people to meet. It helps us try to figure out where we might end up after finishing our studies,” he said.

“There’s such diversity in the industry these days. I’ve done a couple of years on northern stations (a year with Paraway Pastoral at Armraynald, near Burketown first year out of school, and a year at Legune in the east Kimberley), which has added some perspective for me.” 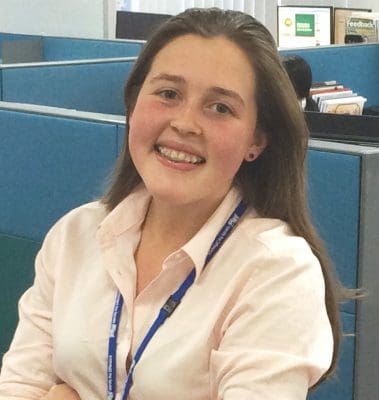 Emily as at Melbourne University, study for a bachelors in agriculture, after coming off her family’s beef and sheep property near Yea.

Being in second year, she is starting to think about future career prospects, and found the ICMJ Wagga program in July helped ‘put her on a track’, which she is still interested in.

“This whole ICMJ process has been fantastic in opening my eyes to some possibilities,” she said.

“Coming from a southern production system, it has been a real eye-opener to come to Queensland – just how big the industry up here is – particularly beef. I had no idea.”

At this stage, Emily is leaning more towards livestock and production rather than the meat side, but remains ‘open minded.’

“It’s been a great experience. At home I had no idea what went on: we sent the lambs off, and got a check back – that was it. There was no appreciation of the process lambs and cattle go through to get to the consumer’s plate, until we did this week’s tours.”

“Certainly young people are engaging more with the livestock industries again. At Melbourne Uni, we are actually seeing a lot more students from city backgrounds studying ag, which surprised me.”

“Young people generally are feeling confident about the futures of the cattle and sheep industries.” See yesterday’s report on the selection of the 2017 ICMJ Australian team, to visit the US at the end of this year.