At the ag skills shortage coalface

AGRICULTURAL recruitment specialist Mick Hay says he has never seen a more challenging time to fill vacancies in the rural sector, and concedes it is hard to see the situation changing for at least another 12 months. 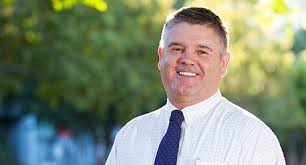 Key messages for employers trying to fill roles during the current skills shortage in his view include the importance of having a good brand, and being prepared to allow flexible working conditions.

“You don’t have to pay over the top, but you have to pay what is fair and reasonable and have a good brand and be an attractive proposition for the limited pool of talent,” he said.

COVID had fostered the uptake of technology and hybrid working environments, changes which were also now here to stay.

“I think people being open to flexibility around location and work habit and environment, and what does that look like, I think that will help.

“Long gone are the days of very rigid requirements.”

As the Federal Government’s Jobs and Skills Summit gets underway in Canberra, Beef Central spoke to the Rimfire Resources managing director about what he is seeing at the rural recruitment ‘coal face’.

The most difficult jobs to fill

The most difficult jobs to fill currently he said are technical roles such as agronomists and senior farm production roles, particularly for corporate enterprises seeking people with high level financial and strategic managerial skills.

Location has always been a major challenge in finding suitable candidates in the ag sector, given the desire many people have to be close to good schools for their children and close to health services.

Added to that challenge now was that many families were “dual income”, which also raised the importance of being close to employment opportunities for non on-farm partners.

“20 plus years ago, more often than not when we were placing somebody we were probably placing a household that had a single income in it.

Where has the workforce gone?

Asked where all the agricultural workforce has gone, Mr Hay said the resources sector had taken some, but the lack of backpackers since the onset of the COVID pandemic had exacerbated the situation.

It was important to note, he said, that backpackers were not just filling blue collar labour roles.

“There is a lot of quite skilled labour that we broadly classify as backpackers, but they fill a lot of mid-level roles such as supervisors and operational people.

“We’ve got a huge void in that market.

“I think everybody expected the backpackers to just pour back into Australia as soon as COVID finished and that hasn’t happened, and I think that surprised a lot of people.”

The fierce competition for labour also meant that the backpackers who are here are in fierce demand across the country, giving workers greater options which again made it harder for employers in more remote locations to attract the workers  they require.

The cyclical nature of agriculture also made it difficult to retain labour in today’s competitive environment.

When cotton gins closed for back-to-back seasons due to drought, the specialist cotton ginners who worked in those plants had skill sets that were easily placed in other sectors of the economy.

“Once they move out of some of these regional areas and end up being more coastal, in a secure role, it is very difficult to get them to go back,” Mr Hay said.

“When the cotton industry first got water back, it was quite desperate, and we were involved in bringing cotton ginners over from the US on short term arrangements just because the industry was cleaned out.

“It absolutely kills me to hear people in production agriculture who can’t take advantage of the seasonal conditions that we have got because they physically haven’t got people to actually either plant a crop or pick a crop.”

Looking forward, as COVID concerns subside, increases in immigration and backpacker labour will start to ease the labour shortages he believes.

“There are things the Government can be looking at whether it is immigration, enticing backpackers and assisting the older generation to be able to work more hours without affecting their pension status,” he said.

He also believes incentives, such as tax breaks or waiving HECS debst for hard-to-fill occupational roles, should be used to encourage more people to take up regional and rural positions. “If you have a deficiency in one area, you need an incentive to get people to want to do it,” he said.

Short-term measures that could help ease the immediate shortfall, not only solutions that will take years to bear fruit, were also of critical importance.