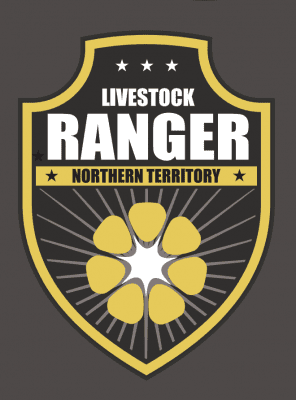 NTCA CEO Ashley Manicaros said the plans have been shared with senior pastoral sector members, the NTCA executive, senior Commissioned police, the Northern Territory Police Association, a local government shire and in a broad form with land councils, who are keen on the formation of a stock squad.

A budget funded from the delivery of Motor Vehicle Registry (MVR) services of around $5m has been attached to the plan.

Mr Manicaros said the Rangers would deliver, among other things, motor vehicle registration and licensing services for the pastoral sector and Indigenous communities.

The Rangers would receive a percentage of the MVR registrations processed to fund their operations. The Rangers would be tasked with deterring stock theft; increasing MVR services; improving stock and biosecurity inspection.

Under the plan, the Rangers would be headed by a Livestock Commissioner and a Senior Territory Ranger.

Four rangers would be stationed in Darwin, Katherine, Tennant Creek and Alice Springs.

The Rangers will have completed the police recruitment course with specialist skills development around investigation and livestock and will be both Indigenous and non-Indigenous.

The NTCA would be the administrative arm but the Rangers would be independent of the industry association.

Police and subsequently the Director of Public Prosecution would have the final say in any prosecutions which may eventuate as a result of investigations.

The Rangers would do the initial investigative work. 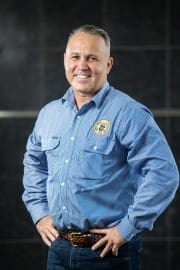 Mr Manicaros said the NTCA has been pursuing the re-establishment of a stock squad for more than a decade.

However the plans now take into account other services which are declining in the remote and regional areas.

Mr Manicaros said the socialisation of the Ranger concept including how it would be funded had been created from trying to solve problems which were ongoing and existing thinking needed to be set aside.

“What we are trying to achieve is to close some of the service gaps which have developed and at the same time ease some of the pressure on police to deliver services they either don’t want to, can’t due to a lack of resources or shouldn’t be delivering anyway,” he said.

“We heard from the Northern Territory Police Commissioner last week what financial pressures are ahead for regional policing.”

“Under this plan we get to address a few issues which won’t improve under the current budget outlook and bolster areas which are vital to the future of the industry especially biosecurity.”

Mr Manicaros said the Rangers would not be fully sworn police officers but will require the ability to detain and arrest.

“As it stands now a stock inspector has the ability to stop a road train, look at the paperwork and inspect the stock on board without a warrant,” he said.

“This is a power the Rangers could have devolved to them. This will lead to greater coverage of the industry without adding to the regulatory burden.”

Mr Manicaros said there was a lot of ground to cover with the concept however the feedback to date had been largely positive with the identified issues being solvable.

“Over the next few years agriculture will be a major driver in our economy,” he said.

“It proved itself during the pandemic maintaining supply and employment and anything we can do to bolster it is going to help.”