Veteran Southern Australian beef processor Peter Greenham Sr passed away yesterday, after a period of illness. He was 83.

The executive chairman of HW Greenham & Sons, Peter was a fifth-generation meat processor whose passion for the industry touched all who had the privilege of knowing him. 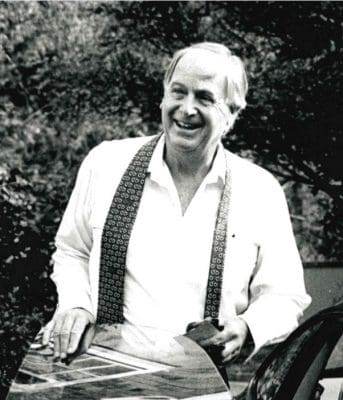 “The Greenham Group has lost its founder and leader whose vision, dedication and drive has shaped Greenham into the company it is today,” the company said in a statement.

“Peter will be remembered for his boundless love and commitment to the Greenham business and Greenham family. We extend our deepest sympathies to his family and loved ones.”

COVID restrictions in Victoria mean Peter’s friends and colleagues will be unable to come together to celebrate his life and achievements, however a celebration in his memory will be held once possible.

Over half a century Peter Greenham forged one of Australia’s truly great family-owned processing businesses. Built around the company’s original Tongala plant near Melbourne, which became the first hot-boning plant in Australia, Greenhams expanded firstly into Tasmania, developing the Smithton plant in the state’s northwest, and two years ago adding the former Tabro Lance Creek facility in Victoria’s Gippsland. The company buys livestock from more than 9000 mainland and Tasmanian suppliers through liveweight buying centres or ‘over the hooks’ trading.

Under Peter’s guidance, the company was a pioneer in the development of grassfed premium beef brands, including Cape Grim Beef – one of the best known and respected brands in Australia – plus Bass Strait Beef, Pure Black Angus Beef, Vintage Beef Co, Greenham Natural Beef and Robbins Island Wagyu. The company’s products are found on the menus of Australia’s leading restaurants and exported to more than 25 countries including the US, Japan, China, Korea, Taiwan, the Maldives, New Zealand, Hong Kong and Singapore.

He also played a major role in industry representation, firstly on the National Meat Association, and later as part of the Australian Meat Exporters Federal Council.

Mr Cullen will be working closely with RMAC’s Board and stakeholders to facilitate the appointment of a new Independent chairman, following Don Mackay’s upcoming departure, working on redrafting the Red Meat MOU, and continuing work on existing key areas of focus for RMAC.

Jess spent the past eight years with Teys Australia, filling a variety of roles including livestock strategic operations, commercial analyst, and most recently as value-chain project manager.

In her new role she replaces Hayley Robinson, who was MSA operations manager, but now moves to a new MLA role as manager Producer Consultation, working with groups like NABRC and SAMRC. Jess took up her new position with MSA in in July.

In one of the final steps of a major review, an independent chair has been appointed to guide Australia’s live export research program in meeting the constantly evolving social and economic challenges faced by the industry. 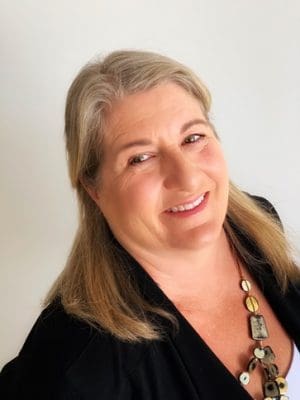 Trysh Bridgen (nee Stone) will chair the Livestock Export Research and Development Advisory Committee (LERDAC) as well as the Management Committee made up of representatives of the funding partners, LiveCorp and MLA.

Ms Bridgen has 30 years’ experience working in Australian government fisheries and agriculture bodies, with a strong record of delivering innovative outcomes in policy and regulation. She is known to the industry and understands its operation, having spent five years working for the live animal exports regulator.

The Chair will play an important role in helping the industry to bed-down a new approach to RD&E, challenge industry thinking, and extract the best ideas from the committees.

LiveCorp chair Troy Setter said Ms Bridgen would make a significant contribution to the RD&E Program. “Trysh has a lot of drive and energy, and earnt respect from the industry for her balanced and fair decision-making when she was dealing with regulatory reform,” he said. “Research has a vital role to play in staying on a path of continuous improvement, and I’m looking forward to steering the RD&E Program to make sure it keeps delivering the results needed for both the economic and social environments the industry is working in,” Ms Bridgen said.

Popular agribusiness leader Shane McManaway has recently retired, after a distinguished industry career. Mr McManaway was president of animal traceability company, Allflex’s Asia Pacific Operations for the past 15 years, during a period of dynamic growth. A people-person through-and-through, Shane believes the key to success lies in forming strong relationships and encouraging others to exceed their own expectations.

He was never short of innovative ideas and was well-known for his ‘outside the box’ thinking. His unique philosophies and magnetic personality helped shape Shane as one of the industry natural leaders. His advice, expertise and common sense approach to business was highly sought-after around the world.

Fifteen years ago he was the driving force behind the formation of the Platinum Primary Producers (PPP) group – a collective of dynamic and successful primary producers in New Zealand and Australia who meet annually for a conference. As part of PPP, Shane also founded the Zanda McDonald Award, presented each year to a promising young livestock industry stakeholder. He will continue to chair the PPP group.

Shane and his wife Lynnette will retire on their showcase deer and Charolais beef farm, Gold Creek, in the heart of the Wairarapa region of New Zealand’s North Island. They are also building a state of the art medical facility their home town which will be known as Five Rivers Medical.

John started as an apprentice fitter and turner with New Zealand’s Gear Meat Co at Petone in 1965. While working there, he attended night school to achieve his New Zealand certificate of Engineering. 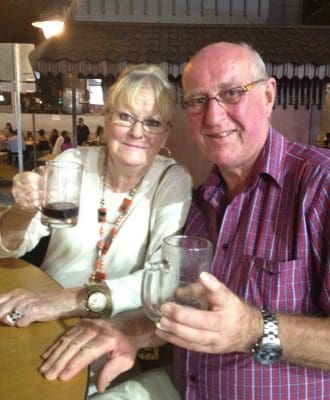 The late John Perkins with his wife Jenni

He progressed through the ranks in NZ processing over the next 17 years, working at different times as plant engineer at Southland Frozen Meat And Produce Export Co at Mataura, and later as second engineer and chief engineer at Thomas Borthwick & Sons Australasia TBS Waingawa, before moving to Australia in 1982.

His first Australian job was with Charles David, working for David Throsby as Gosford NSW plant engineer. He was one of the first to be involved in Halal slaughter for sheep and cattle when the process was introduced at Gosford. After Gosford was absorbed as part of Metro Meats, John also had involvement with plants at Berrima, Cootamundra, Wyong and Maitland in NSW, Murray Bridge SA.

Later he consulted to Blayney and Riverstone abattoirs in NSW, before shifting north to work at Smorgons Ross River meatworks in Townsville as plant engineer, and Mid Coast Meat Co, Macksville NSW as plant engineer until the plant closed in 1998.

MIDCo was the site of a number of industry firsts under John’s direction, including the introduction of electric stunning for cattle, Halal slaughter and reducing ecchymosis problems. Many of the hygiene-related innovations are now industry standard.

John retired from EC Throsby in June, completing his Australian meat career with the same family as where he started.

The fact that he worked at so many different plants over the years supports the view that John was highly sought-after and respected for his broad meat processing industry experience and his ability to work with people.

“John led by example and was highly respected by colleagues, contractors and suppliers,” Ian said.

“As an engineer he could see clearly what was needed, small medium or large, and would then work closely with high level management and processing management to put together the project scope, focusing on new and improved processing methods, improved hygiene and best practice to reduce future maintenance.”

“He would then work with his suppliers, plant based team and contractors to design, cost and take his projects to completion.”

“There are many people across the Australian meat processing industry directly and indirectly who have John Perkins to thank for having a contribution to their careers, even just from meeting the man,” Ian said.

Agricultural Appointments has strengthened its ranks, following the appointment of Bruce Ranken as Senior Agribusiness Consultant. Bruce, who resides in Melbourne, will be assisting companies throughout Australia to find skilled people in the agribusiness, food, wine and sectors. 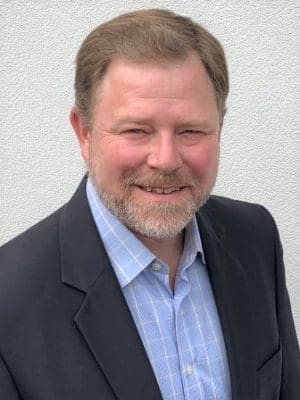 His family has a long history in agriculture, grazing sheep and cattle in Western NSW, the Riverina and Western Victoria, dating back to the 1890s. Bruce has in recent times worked with senior/executive management in both private and government sectors, assisting them with workforce planning, identifying quality talent and managing teams remotely.

Tambo transport operator Gerard Johnson has been elected president of the Livestock and Rural Transporters Association of Queensland at the organisation’s AGM recently in Rockhampton. 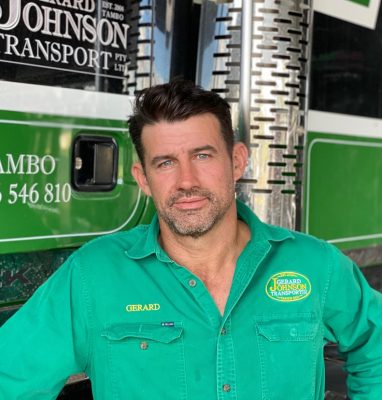 Mr Johnson is no stranger to the organisation as the son of inaugural Vice President Brendan Johnson, who along with other notable industry members formed the association in 1981.

Mr Johnson said he would be a strong voice for Queensland livestock and rural transporters in the current COVID-19 climate.

“More than ever the critical role that livestock transporters play in the food supply chain is being realised by the community and government,” Mr Johnson said.

“Driver and animal welfare, safety, better infrastructure and the reduction of unnecessary red-tape is at the forefront of our advocacy efforts, and we’d encourage transporters who are interested in advancing our industry to join us and make their voice heard,”

Also at the AGM the LRTAQ announced the appointment of Laney O’Neil as the new Secretariat manager based in Roma. Laney comes to the LRTAQ from a senior communications role at Meat & Livestock Australia and has a background in campaign management and advocacy in both Canberra and Brisbane.

Mr Johnson paid tribute to retiring President Ian Wild, who has steered the LRTAQ over the last four years.

“Ian has been a strong advocate for the viability, sustainability and efficiency of the livestock and rural transport industry and is widely respected for his efforts.” Mr Johnson said.