Strategic communications expert and former agricultural journalist Cameron Morse says the beef industry needs to do more in the communications arena to promote its environmental credentials, and why the best time to start is right now. RECENTLY when discussing the opening of a chemical processing plant in Australia, a European-based client gave the following instruction with respect to some of the more detailed planning:

We are focussed on safety and environmental sustainability. That must be the theme of everything we do at the opening of the plant….so there must be no non-recyclable material and no beef on the menu.

Yes, that’s right. Beef was being lumped in with plastic shopping bags and single-use plastic cutlery and straws. 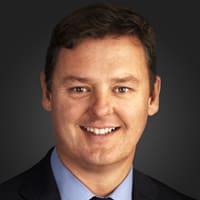 And it should be ringing alarm bells for cattle producers worldwide, because we know the fate of the plastic shopping bag and single use straws.

This was not a tirade from a long-haired, unwashed, vegan, animal welfare activist. And it wasn’t from a virtue-signalling, sanctimonious, hypocritical Hollywood actor, nor company CEO trying to increase the appeal of his/her product to a conscientious consumer segment.

Instead it was from an astute businessman who had read, he believed, the mood of the general public (albeit the European public in this case) and wanted to make sure his company would be viewed favourably by not serving beef.

Do we need to heed the alarm bells?

Afterall, when you look at beef prices over the past five years, the beef industry – from a price perspective at least – has been positively flying compared to the 10 years prior. 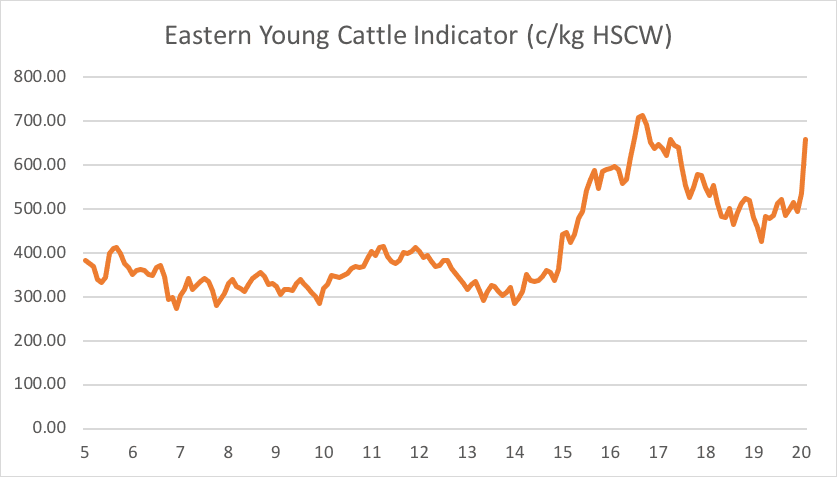 Australian beef prices have been aided by growing demand from Asia spurred by the increasing affluence from a large population; from drought induced reductions in the supply of finished cattle, and most recently by Chinese demand created by the almost incomprehensible scale of the pig slaughter across Asia due to African Swine Flu.

Add in the recent rains in NSW and Queensland, and prices have surged.

There is a real concern that the gap between the price beef cattle producers have been receiving for the past three years and the 20-year average risks complacency and apathy. 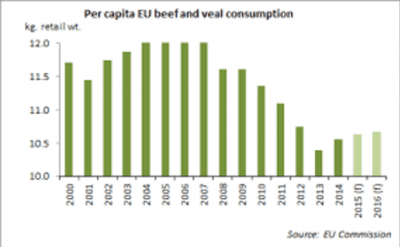 Figure 2 (right) provides a warning sign, or storm clouds to continue the weather analogy, and is a reality check to support the anecdote outlined at the start of this article.

Does the industry enjoy the good times and pocket the cash they so thoroughly deserve?

Or does the industry invest some of those funds into protecting beef’s reputation and therefore future beef consumption, call it a Farm Management Deposit for reputation?

So how did we get to this point?

As little as 10 years ago, the traditional media was the conduit to the masses.

And love them or hate them, journalists were expected to apply at least some intellectual rigour to testing fanciful claims and deciding whether those making them were bona fide or peddling agenda-driven nonsense.

For those that wanted to avoid journalistic scrutiny, they could buy an advertisement, but that was prohibitively expensive.

Regardless of whether you support it or use it, social media has forever changed the information landscape. It has provided a platform and virtual megaphone for any half-baked idea, fanciful notion, and (dare I say it) fake news. And while social media is often viewed as a lot of people shouting inside an echo chamber to like-minded others, politicians and policy advisers use it as the windsock to public opinion.

Individuals, companies and industries ignore social media at their peril.

Why are political parties increasingly channelling more of their pre-election funding into social media? Because they view it as an effective method to reach voters and target specific voter communities.

Social media also enables a direct connection between people without the interpretation, biases and questioning of a third party.

That’s not to say that traditional media is redundant. In fact, social media often feeds off stories on newspaper, TV and radio. Activists in particular use this to good effect:

The beef industry simply can’t ignore social media and the anti-meat production brigades who use it in the hope that it will go away.

We will fight them on the beaches, and anywhere else we choose to

There is a rule in companies that specialise in crisis management that rumours left unchecked will be quickly accepted as fact.

The same applies in the land of social media.

Therefore the ‘response’ must be two-pronged – reactive as well as proactive.

Neither will be totally effective without the other. Similarly, it must use a combination of science and emotion.

Let’s deal with the latter first. As an illustrative example, pictures of a farmer’s daughter with a cute calf are helpful in creating an emotional bond between consumers and farmers. Afterall, many activities that had science on their side have been regulated out of existence or shunned by consumers because their proponents failed to connect with voters/consumers in the mistaken belief that the science would win out on the day.

Therefore, the beef industry needs to champion its shared ambition with consumers on the environmental and social impacts of climate change.

At the same time, without a scientific counterpoint to the claims that cattle are killing the planet and meat-free hamburgers provide the pathway to environmental salvation, consumers will quickly accept the anti-beef narrative.

The Australian beef industry has a good story to tell. Largely due to productivity gains, it is producing more beef while generating fewer Greenhouse Gas emissions per kilogram of beef produced. Beef is an important source of protein. And although it has adopted a scientific approach to achieving these gains, it remains a natural product.

However, consumers in their desire to do what’s right for the environment remain susceptible to an alternative narrative, that beef is bad.

So, what does the beef industry need to do to halt the momentum?

There have been various opinions raised through Beef Central about what is the right approach to this problem. To fight the activists or to save our breath (i.e. don’t wrestle the pig in mud). To go full PR press or call out beef’s issues. The answer is they all have a role.

There is no doubt that there will always be a market for beef. The question is, how big will the market be?

This could well be a fork in the road moment for the beef industry, whether it’s farmers, feed-lotters or processors.

The industry has a choice between controlling its own destiny and apathy to the threat that confronts it.

Perhaps the threat will subside, but is hoping for that outcome, rather than trying to influence it, a legitimate strategy?

Beef doesn’t deserve to go the way of the plastic shopping bag and single use straw. We need to differentiate it to consumers, now.