The Global Roundtable for Sustainable Beef (GRSB) is writing today to voice our concerns over the misleading claims contained within the United Nations (UN) Act Now campaign, specifically regarding the “Eat Less Meat” initiative.

This includes the messaging on the #ActNow website associated videos and social media campaign. 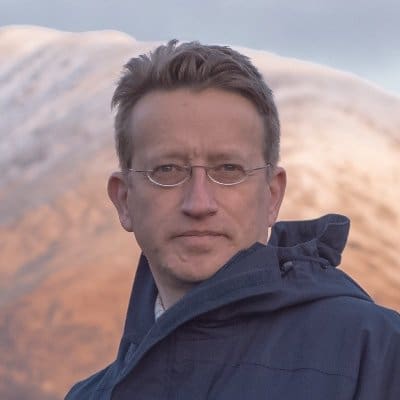 We have been collaborating with our members around the world to improve the overall sustainability of the industry, ensuring that beef is a trusted part of a thriving food system, which is environmentally sound, socially responsible and economically viable.

Consumers can gain knowledge of sustainably raised livestock and indeed drive change and demand for these production practices. Otherwise, the large areas of the world that cannot sustain crops but can be utilized by livestock to transform inedible plants into protein for human consumption will be lost to production, deteriorate through lack of management and global food sustainability will be hindered.

GRSB recognizes that beef production systems, as the world’s largest land users, have been intrinsically linked to land conversion and deforestation in some regions, but they also manage the majority of the world’s grasslands and savannahs, which are some of our most biodiverse remaining ecosystems and a major carbon store. They represent around 30 percent of the global stock of carbon in terrestrial ecosystems (150-200 tons of carbon / ha).

Beef production also makes use of marginal land, ensuring food production is possible on otherwise unproductive regions, while providing habitat for wildlife. These benefits of beef production are missed in simplistic views on environmental impact and are needed for a nuanced and balanced discussion on global sustainability.

Indeed, the contributions of the livestock sector to society are numerous and vitally important, including:

Global food security and health: The livestock sector is critical to human health and global food and nutritional security. Livestock production is based mainly on materials not competing with direct use as human food; 86% of animal feed is not suitable for human consumption. Producing 1kg of boneless meat requires between 2.8kg and 3.2kg depending on species (Mottet et al).

It’s important to note that livestock also contribute 25% of our protein consumption and provide a complete protein of higher value than plant protein. In respect of nutritional value per unit of land area, animal protein performs favorably when compared with plant protein (McAuliffe, Takahashi & Lee), given that 80% of land we have for food production is not suitable for human edible crop production (Suttie).

Consuming the required amounts of protein is fundamental to human growth and health; an estimated one billion people worldwide suffer from inadequate protein intake; particularly in Central Africa and South Asia, where up to 30% of children get too little protein from their diet and, as a result, suffer from stunted growth and other maladies. Any recommended reduction in the consumption of animal source foods, therefore, must not come at the expense of human health.

Equity and growth: Livestock are central to the livelihoods of more than one billion people (Herrero). Extensive livestock grazing provides livelihoods for millions of rural and indigenous people throughout the great grasslands of the world. Demand for livestock products is increasing particularly in developing countries, where the greatest protein shortages are found. Production of livestock is increasing also predominantly in developing countries, where both the demand and most livestock dependent livelihoods still are.

We can work together to ensure that the ways in which livestock production increases in those regions is achieved, protects natural ecosystems and biodiversity and continues to support livelihoods. Fortunately, we have seen that increases in production can occur, even with a reduction in impacts and that improvements in sustainability are possible in all regions.

It is with this in mind that the GRSB is setting its own global goals on climate impact, land use change and biodiversity and animal wellbeing and will begin reporting progress towards their achievement in the next 12 months. We ask the UN to join in these discussions, and those of other relevant forums to ensure that they assess and portray the livestock sector using the considerable scientific evidence available.

Resources and climate: The IPCC estimates that direct emissions from transport (road, air, rail and maritime) are 6.9 gigatons per year or 14% of all emissions from human activities. These emissions are mainly carbon dioxide and nitrous oxide from fossil fuel combustion. By comparison, direct emissions from livestock account for 2.3 gigatons of CO2 equivalent, or 5% of the total – which include a significant component of flow emissions such as methane (not fossil emissions and thus not adding to stocks).

When it comes to “major oil producers”, CDP manages a database which shows that just 100 oil and gas companies are responsible for 71% of global industrial greenhouse gases (GHGs) since 1988. Clearly the claim that livestock come even close to the emissions from oil companies is absolutely incorrect. While all sectors need to do their part in reducing GHG emissions, and the livestock sector is already and will continue to do this, it is more than evident that fossil fuels are by far the largest contributors to climate change and should be the main focus of mitigation efforts.

We often see very large figures quoted for the water “used” to produce a lb. or kg of beef. These are based on UNESCO’s water footprint methodology. However, what is rarely mentioned is that 93% of this footprint is simply rainfall on grass and croplands, which through their role in retaining moisture provide global water services of critical importance. By working to increase soil carbon sequestration we can also increase soil water storage, thus contributing to both mitigation and adaptation to climate change.

In summary, we were disappointed to see the UN promoting false information about the environmental impact of the meat industry, including beef, which is detrimental to global goals of feeding a growing population adequately and sustainably. We openly and warmly invite the UN to an initial discussion on how we can work together in the future to accomplish these shared visions for the world.”

Many thanks to those who assisted in producing this response.