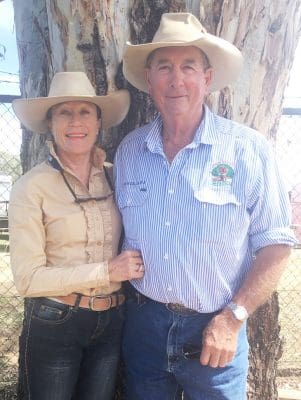 His decision will bring to a close 32 years of active management of Millungera Station near Julia Creek in northwest Queensland.

The Acton family purchased 400,000ha Millungera station as part of the record-setting CSR Pastoral property dispersal held in 1985. Evan Acton and his family relocated from Weetalaba near Collinsville in Central Queensland to take over the development and management of the property in August that year.

Since that time, Mr Acton along with his brother Graeme, operating under the Acton Land and Cattle Co banner, gained a strong reputation for astute land and cattle transactions across central and northern Queensland. Along the way they developed the Acton Super Beef brand, and hosted a number of producer field days at Millungera over the year, with a focus on supplementation and cattle and land management.

Following the tragic death of Graeme in May 2014, Evan and Graeme’s wife Jennie a year later sold Barkly Downs station and sold down their interest in ALCC to the Lee Family, forming the Australian Cattle and Beef Holdings joint venture company that today owns and operates the cattle businesses across Barkly Downs and Millungera in northwestern Queensland, plus Croydon, Rugby Run, Iffley and Moray Downs properties in Central Queensland.

In addition to his role in Acton Land & Cattle Co, Evan along his wife Kim have had a long and successful association with campdrafting across Queensland, including leadership roles as president and committeeman with the national body for many years.

While Evan and Kim will continue to live at Millungera, Evan’s retirement from daily operational management responsibilities will allow him to focus on a more strategic role as a shareholder and director in ACBH, Acton family company businesses, horse breeding and maintaining his and Kim’s active connection with campdrafting.

ACBH’s Ben Dwyer will now actively start recruiting to identify a high quality replacement as Millungera manager – a key management role on a noted and well-regarded property within the ACBH group.