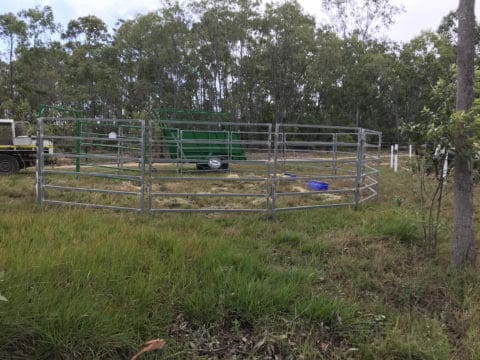 POLICE in Queensland have issued a reminder to livestock owners to understand their obligation to ensure animals are kept confined and not allowed to stray onto other properties after charging a man for the unlawful use of cattle.

Detectives from the Mareeba Major Organised Crime Squad (MOCS) Rural charged a Kuranda man on Monday, alleging that his cattle strayed and were then captured in a trap set by Council officers.

The Council officers had set the trap on private property last month in response to reports of straying cattle.

Police allege the 35-year-old man then removed the cattle from the trap without informating the relevant authories.

“Once an animal is trapped in a clearly marked yard, it comes under the lawful control of the Council as an impounded animal,” a Queensland police statement released in response to the incident said.

“It is alleged that despite sighting the signage on the yards the man has failed to contact council or any other relevant authority, to gain permission to release the animals.

“A person found guilty of this offence is liable to 5 years imprisonment and the offence occurs when a person moves or controls cattle without permission of the lawful owner.”

Police said interfering with animals secured by the Council is an offence, even if those animals belong to the person releasing them.

“Should any person who identifies animals caught as their own, they should contact the local government authority and discuss options for the animals return.

“Straying livestock has the risk of causing serious injury to persons and property from vehicle strikes, damage to infrastructure and crops. So control of these animals is undertaken by councils in an attempt to reduce this risk and encourage responsible animal ownership.

“All animal owners are reminded that it is their obligation to ensure animals are kept confined and not allowed to stray onto other properties.

“Local government can and do have the power to capture and impound straying animals.”

The 35-year-old man is expected to appear in the Mareeba Magistrates Court on November 23, charged with unlawfully using stock.