Meat & Livestock Australia has this morning announced the appointment of former Landmark managing director and more recently Ruralco senior executive Richard Norton as its new managing director to replace Scott Hansen, who stepped down from the position in late February. 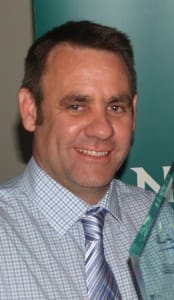 MLA chair Dr Michele Allan said an extensive executive search had led to an outstanding appointment who would be ideally placed to lead the organisation.

“He has held executive positions in retail, manufacturing, logistics and warehousing for over 20 years.

“As well as demonstrating strong industry knowledge, Richard’s proven experience in leading change and continuous improvement within a corporate environment positioned him as the standout candidate for this coveted position.”

Mr Norton has previously held senior positions at Wesfarmers Dalgety, Toll Holdings, Woolworths and Coca Cola. He was managing director of Landmark from 2010 to 2013, and in November last year was appointed as general manager for network development for Ruralco.

This morning’s announcement comes just a few days after Dr Allan resigned as a director of Ruralco Holdings Ltd. The Australian Stock Exchange was advised by Ruralco in a statement on Saturday that she had resigned due to a conflict of interest. (See separate article here)

In a statement issued by MLA this morning Mr Norton said he has long held a passion for Australia’s agricultural sector and was keen to work to increase opportunities in domestic and international markets for the benefit of levy payers.

“MLA plays an important role for so many different individuals and businesses and it is important we demonstrate our value to the entire livestock supply chain,” Mr Norton said.

Dr Allan also thanked Christine Gilbertson, a Director of MLA, who acted as Interim Managing Director for three months while the executive search was underway.

“Christine has provided outstanding leadership as we searched for the best candidate possible,” said Dr Allan.

Mr Norton will commence in the role on Monday 2 June 2014.