Loading ramp changes should be ‘guidelines’, not standards: livestock councils Standards Australia is currently working to develop a specific national Australian Standard for the safe design of livestock loading ramps and forcing yards.

The move was prompted by the October 2013 death of 36-year-old truck driver Chad Lynch, who died from head injuries when a hoist above a loading ramp broke and fell while he was unloading sheep at an abattoir in Stawell, Victoria.

Victorian county court judge Gabriele Cannon noted in her sentencing remarks in 2015 that livestock ramps were an “unusual species of equipment” for which there was no specific set or list of standards.

“It is to be hoped that specific standards in the one document can be compiled to better facilitate appropriate design and construction, as well as monitoring of livestock ramps,” she said.

The ALRTA also lobbied for Standards Australia to develop a uniform national standard for livestock ramp design, arguing that loading ramps were the most dangerous area of livestock handling and the lack of a consistent national standard created an unacceptable and unnecessary level of risk associated with crushing, lacerations and slips, trips and falls.

Standards Australia confirmed it would begin consultation on a new standard last year, and adopted the ALRTA’s guide as the basis for a new standard.

It released a draft standard – DR AS 5340 Design of livestock loading/unloading ramps and forcing yards – in February and sought public submissions until the end of April.

In its submission the ALRTA said an Australian Standard for ramps and forcing pens will not only encourage all parties to improve their safety and animal welfare status but also show how they can do it.

“This will result in fewer and less severe injuries and will undoubtedly save lives,” ALRTA National President Stephen Marley (right) said.

Proponents say the draft Australian Standard is based on design principles that promote smooth flow of livestock and keep livestock and people physically separated.

The standard will be voluntary with no legal requirement to comply.

However fears it could become mandatory over time have been raised in a joint submission to Standards Australia by Cattle Council of Australia (CCA) and Sheep Producers Australia (SPA).

Both councils said they support any efforts to improve animal welfare and reduce the risk of accident and injury in and around stock yards, on-farm and along the supply chain.

All producers, regardless of the size of their operation, had a duty of care to ensure any person using livestock handling facilities could so safely while maintaining the highest possible animal welfare standards.

But industry had significant concerns about the potential for the Federal Government or a particular jurisdiction referring to the Standards in legislation in future, thereby making them mandatory, and potentially also retrospective.

Their submission said the “likelihood of this occurring was high”, given that Animal Welfare Standards and Guidelines for Cattle and Sheep are periodically reviewed.

“For some time, industry has been advocating for all states to legislate the Standards component (i.e. the ‘musts’) of the Animal Welfare Standards and Guidelines for Cattle and Sheep,” the submission said.

“Due to the impracticalities of implementing many of the draft standards described in the draft loading-ramp document, referencing the Livestock Loading/Unloading Ramps and Forcing Yards in the Animal Welfare Standards and Guidelines for Cattle and Sheep would seriously undermine industry’s acceptance of the Animal Welfare Standards being mandated, potentially resulting in significant perverse animal welfare outcomes.”

Upgrades to meet the draft standard could in many cases be complex and costly for facilities that were often only used intermittently.

“Precedent was set for the use of the term ‘guidelines’ rather than standards through the development of the Guide for Safe Design of Livestock Loading Ramps and Forcing Yards by the Australian Livestock and Rural Transporters Association (ALRTA).” A loading ramp design included in the ALRTA’s 2015 Guide for the Safe Design of Livestock Loading Ramps and Forcing Yards.

This obvious distinction was widely accepted when the document was put together in 2012 and has become part of the industry’s vernacular since, the submission said.

“In keepng with this language, the draft standards for loading ramps and forcing yards should be called Guidelines, as they contain only ‘shoulds’ and, by Standards Australia’s own admission, are not intended to be mandatory unless “[adopted] by a government or other authority having jurisdiction”.”

It said this view was reinforced by primary industries ministers in May 2009 when they took the position that guidelines, regardless of their purpose in existing codes and the new standards and guidelines documents, would not be regulated.

The wording of that agreement was:

“In particular, agreement was reached that: All future revisions of Model Codes and ‘Australian Standards and Guidelines’ documents must provide a number of: a) clear essential requirements (‘standards’) for animal welfare that can be verified and are transferable into legislation for effective regulation, and b) guidelines, to be produced concurrently with the standards but not enforced in legislation, to be considered by industry for incorporation into national industry QA along with the standards.”

“Industry is perplexed as to why there is a need to therefore develop a Standard and considers that there is no net benefit in development of a standard when measured against the criteria set out in the Standards Australia Guide to Net Benefit (GU 103),” the CCA/SPA submission said.

The cattle and sheepmeat councils also questioned why no animal handling experts or those with significant experience in yard design were part of the drafting committee.

“Their expertise and insights in these fields would have enhanced the draft and likely increased acceptance by industry.”They also sought clarity on the implications for using products built outside Australia. 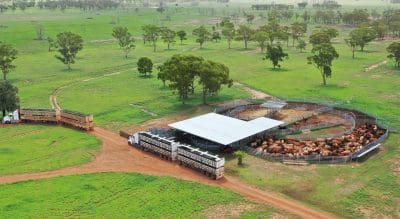 “Small to medium sized farming operations, will often purchase loading ramps from retailers who purchase wholesale products from overseas (e.g. China), where the wholesale manufacturer makes products to a one size fits all which comply with the manufacturer’s country standards rather than Australian Standards.

“Ensuring compliance by individual producers will likely add significantly to the cost, making it unviable to upgrade existing facilities.

“This scenario results in the unintended consequence of the facilities not being upgraded and subsequently poorer safety and animal welfare outcomes.

“It is therefore concerning that some of the design specifications outlined in the current draft will be too expensive for some producers to follow.”

The submission notes that some requirements would result in the need for expensive upgrades across an extremely large portion of industry.

It said in many cases the draft standards did not reflect the variation between properties, animals, and situations that necessitate differences amongst loading practices.

“In responding to the draft standards, industry requests that clarity be provided on where the point of transfer exists when loading livestock so that each party in the supply chain is clear on where their responsibility lies.

“Industry suggests that the point of transfer be where livestock go from a loading ramp and step onto a livestock truck, after which a producer’s ability to control any aspect of the loading and transport process is limited.”