A JAPANESE memorial to close to 300,000 animals put to death as a consequence of the country’s catastrophic 2010 Foot & Mouth Disease outbreak provided a sobering reminder of biosecurity risk to Australian beef industry stakeholders on the Japan Wagyu study tour this week.

The FMD memorial dominates an agricultural learning centre in the southern Japanese prefecture of Miyazaki, which was at the epi-centre of the disease outbreak. The memorial honours the lost animals themselves, and documents how the local community and government worked together to manage the outbreak and begin a long road to recovery.

A national FMD state of emergency was declared on 18 May 2010, about a fortnight after the first diagnosis was made, before spreading rapidly. The plan involved slaughter of all cloven-hoofed animals (cattle, pigs, native deer, goats etc) in immediate proximity to the infected herds, and a blanket vaccination program in a larger ‘ring’ outside that, as a precautionary measure. At its height around 15 May that year, up to 20 herds per day were being discovered with new outbreaks. The episode was officially declared over some 130 days after first cases were found.

The episode had a major impact on Miyazaki’s economy, estimated at 230 billion yen (about $2.8 billion in Australian currency). Cattle losses totalled almost 70,000 head – many of them extremely valuable Wagyu animals worth anything from A$10,000 as calves to $18,000-$20,000 as finished bullocks; 227,000 pigs; and various other species. Almost 270 burial locations were used.

Impact on the livestock sector alone was estimated at some 82 billion yen, or about A$1 billion, and about half that again for livestock and meat-related industries.

While the meat and livestock industry bore the biggest brunt of the impact, movement restrictions also devastated the local tourism and general commerce and manufacturing sectors. Events, festivals and other public activity was cancelled for some months after the outbreak occurred.

Just one of the many profound impacts from the episode was felt in the Miyazaki prefecture’s prized Wagyu genetics resource, which was all-but wiped out during the eradication campaign.

Miyazaki, located on the southern island of Kyushu, is one of Japan’s most highly respected Wagyu breeding regions, having won overall honours at the past two consecutive All-Japan Zenkyo National Wagyu shows.

To win in both 2007, and again five years later in 2012 –two years after the FMD outbreak – was an emotion-charged experience for the local Miyazaki community.

No less than 45 of the prefecture’s top 50 semen donor bulls, housed at a genetics centre, were destroyed as part of the FMD eradication campaign. Even their stored semen and embryos were destroyed, as an extreme precautionary measure.

That sacrifice devastated the local community, and each of the 45 prized seedstock bulls lost are honoured in the memorial.

Semen donor bulls are now stationed in a number of geographically-separated locations, to avoid total wipe-out if ever FMD should return. An immense effort has seen much of the prefecture’s Wagyu genetic heritage now restored. Miyazaki now again hosts the highest-ranking Wagyu marbling bull in all of Japan.

Beef industry officials from Miyazaki visiting Armidale in 2014 were still clearly affected by the disease episode, when it came up in discussion. This poster reflects on the 45 prized semen donor bulls (pink ribbons) slaughtered as part of the 2010 disease control activity. The five bulls on the left and end, with red ribbons, were all that remained.

People living in each of Japan’s 40-odd prefectures show immense pride in their local Wagyu cattle, and such a genetic catastrophe back in 2010 spurred a major recovery effort. 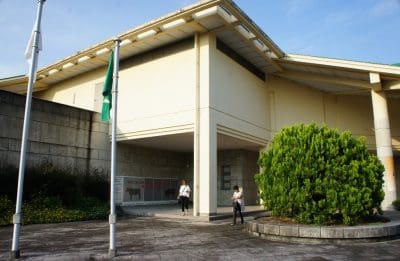 What impressed the tour visitors was the depth of community and government support during the recovery process. Some 18,000 defence force personnel were brought in as part of the clean-up campaign, plus 14,500 national government employees, and 5000 staff from local and nearby prefectures.

Public donations flooded in from across Japan, out of a sense of national sympathy, and even the national lottery raised almost $100 million towards recovery. Famous Japanese sportsmen, movie and TV stars, musicians and entertainers all lent their support to the recovery process.

The source of Japan’s 2010 FMD outbreak remains unexplained, but some locals suspect overseas visitors from nearby Asian countries as the likely source, especially as the warm and sunny southern island of Kyushu is a popular holiday destination.

An elevated sense of biosecurity responsibility was in clear evidence at all the feedlots, backgrounding, breeding and show facilities visited across Japan by the Australian Wagyu study tour group. Hazard suits and plastic boot covers were mandatory at most destinations, as well as anti-bacterial footbaths and misting chambers.

The deep pride in each prefecture’s Wagyu cattle was in clear evidence at the five-yearly All Japan National Wagyu Show, which concluded near Sendai on Monday (full story on the ‘Zenkyo’ event on Beef Central in coming days). Each prefecture’s show team and supporters were decked-out in local colours, not unlike Australian football team supporters. Each group bore banners and flags in support of their local Zenkyo entries in a colourful and vibrant display. Wearing hazard suits like these became commonplace during the Wagyu study tour to Japan, reflecting the high level of biosecurity awareness among lotfeeders and farmers following the 2010 disease outbreak