Is it possible to speak with ‘a single voice’ on behalf of all producers?

We often hear in Australian agri politics that industries must speak with a single united voice, which makes sense, given that an industry divided is an industry easily conquered, or at least easily ignored by a Minister in Canberra or any State or Territory capital. 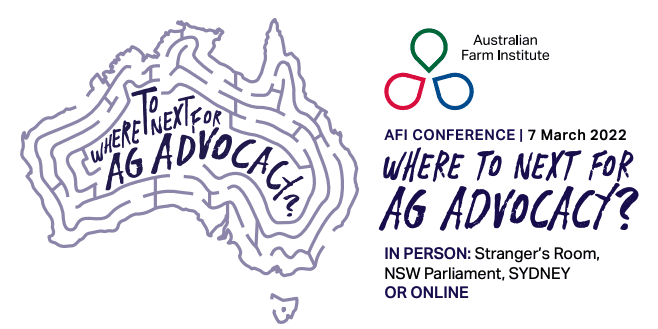 But is that an achievable goal in reality?

This question was one of many tackled by a diverse array of leaders and advocacy experts from both inside and outside agriculture at an Australian Farm Institute forum in Canberra on Monday.

The conference explored issues and challenges related to agricultural advocacy and produced a multitude of rarely-aired insights and observations on an important topic for the sector in an increasingly noisy and complicated communication environment.

AgForce CEO Mike Guerin asked an international panel of speakers how representative groups could ensure that the voice of the producer was being heard and “ground-truthed” in big debates.

Responses suggested that the task of trying to distil producer voices in an entire industry down to a single representative view is a major challenge the world over.

“I’d be curious, is there a voice of a producer?,” Tyler McCann, managing director of the Canadian Agri-Food Policy Institute, asked in response to the question.

“One of the things we see in Canada today is that we have got a very diverse set of farmers across the country.

“They have very different perspectives, and I think the farm lobby groups in Canada have struggled to ensure they are bringing forward a truly representative position, because I am not sure that is an easily achievable issue today.”

“These divides exist and can be a challenge for farm organisations.”

Shari Rogge-Fidler, President and CEO of Farm Foundation in the US, noted that even trying to achieve a single voice on one farm could be a challenge.

“If I even just take my farm family, we have 13 stakeholders and three generations involved in our operation, and it is very difficult for us to speak with one voice in our operation.

“And actually in US agriculture, I don’t know if it is the same in other countries as well, we’re getting ready for a sea change of passing the baton from one generation to the next generation.

“And so I think it is critical, that is why I mention this international dialogue, I think we have to be having more than one generation at the table, and hearing the voice of that next generation that is going to be stepping into those decision making roles, and the diversity of those voices I do think is important.”

National Farmers Federation CEO Tony Mahar said representative groups will have to do things differently to make sure that policy positions are being ‘ground-truthed’ with producers and to ensure there is engagement.

“We need to make it easier for people to actually engage, I don’t think we’re doing that well enough.”

Earlier, in response to a question from AFI executive director Richard Heath about how farming organisations should deal with the increasing amount of noise surrounding each issue, Mr Mahar said the challenge was to unite those you are representing, and to make the message relevant to the broader community.

“We have seen that people are able to and wanting to get information, and tthe way they get it and the way they use it and how long they keep it has just changed so much, so we have actually got to go with the tide.
“This is a tide, we have got to be able to swim with the tide rather than against the tide.”

Mark Titterington, a senior adviser with the Forum for the Future of Agriculture in Europe, said European agricultural and environment policy had probably been the most polarised in the world in terms of different stakeholders involved.

As a result the Forum for the Future of Agriculture was developed to “create a safe space” where different stakeholders could come together to take on the thorny topics, such as seed breeding, chemical inputs, methane and carbon farming.

“The way that we have been able to do that is make it a very safe and open space and not take positions, but make use of the people in the room that are generating the new ideas and new thinking that others can take on.”

Similarly, US group Farm Foundation is a non-for-profit group which describes itself as “ an accelerator of practical solutions for agriculture”

President and CEO Shari Rogge-Fidler said that in response to the increasing noise surrounding issues, the organisation “tries to play differently”.

“We do try to engage differently, we try to create opportunities where we’re not just having positions and platforms pushed at each other, but finding the space where off the record conversations and making it intergenerational as well, so we have been trying to bring different voices that wouldn’t normally be engaging with each other in social media or in dialogue and getting them in the room together.”