How does the Cattle Australia voting process work? SIX of nine seats that will make up the inaugural board of Cattle Australia will be determined via the online election process which opened yesterday, and which will run through until December 5. 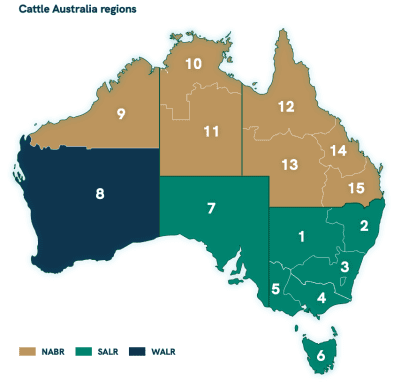 The western region board seat is already decided because only one candidate stood in the west for that position – Bridgetown WA beef producer James Bowie.

The remaining two places will be skills-based appointments, with those positions to be decided by the elected board members. Once appointed, the final two positions will take the total board membership to nine.

With voting underway Beef Central has asked Cattle Council of Australia for more details on questions such as how the voting process will work, how the first president will be selected, and what the length of each board member’s term will be.

How the voting process will work

Under the new constitution of Cattle Australia, every registered member of the new organisation is eligible to vote.

All producers who have paid a compulsory $5/head cattle transaction levy in the past two years are entitled to free membership of Cattle Australia in its first year. An annual membership expected to be introduced in coming years according to the constitution.

Producers who have paid the transaction levy must still formally register to be recognised as a member of Cattle Australia and to receive their voting entitlements.

Any producer who is an existing member of Cattle Council of Australia will have their membership automatically transferred to Cattle Australia and are eligible to vote in these elections (details on how to do that here: https://cattleaustralia.com.au/individual-membership/)

All members of Cattle Australia get at least one vote.

Producers with bigger herds will be able to cast up to five votes.

Voting entitlement is based on herd size and is captured in the Cattle Australia Voting Rights by-laws. The following table sets our the number of votes Individual Members will have.

If a member does not nominate a herd size, they are allocated the entitlement of one vote.

How will the first president  of Cattle Australia be selected?

The outgoing President Lloyd Hick will initially chair the first meeting of the new board, where the first order of business will be to vote on a replacement chair.

Once this person is elected by the new members of the Cattle Australia board, Mr Hick will step down.

What will be the length of each board member’s term?

In each case, this will be the Director elected with the least number of votes.

In each case, this will be Director elected with the second to least number of votes.

For all other Elected Directors, their terms will end at the conclusion of the 2025 annual general meeting.

An Elected Director may serve a maximum of three terms.

The terms are staggered to ensure board continuity. I.e. if all eight members of the inaugural board are elected for three years each, it is technically possible that all could be voted out at the end of their terms in three year’s time, leaving no level of continuity between the old and new board.

At the first meeting after the vacation of the current Chairperson (in this case, Lloyd Hick) the Board will elect one of the seven Elected Directors as the Chairperson. This will take place directly after the Annual General Meeting on 12 December. The election of the Chairperson will be determined by any means by the Board.

Members will receive an individual ballot for each voting entitlement they hold.