Hides trade sources told Beef Central this morning that the market hit its lowest point during the depths of COVID last year, but had mounted a recovery starting later in 2020 that had only gathered pace this year. Some values are now three to four times as high as their low-point last year.

This year’s price surge started around Chinese New Year back in February, and had gathered pace through to May, before a brief adjustment seen a few weeks ago.

Recent demand from China was described as ‘pretty huge’ just a month or two ago, but has since gone quiet again, for reasons described below.

A number of influences appear to be in play, not the least of which is world economies starting to get back on their feet after COVID.

As Beef Central has reported earlier, cattle hides have steadily declined in value over the past seven years, but the arrival of COVID last year drove the market down to new depths.

Price of some hides in Australia last year got down to US$8-$10 each – at, or below breakeven. Lower quality hides were being turned into landfill or rendered, rather than sold into the global hides market. Some beef processing companies were paying freight on salted hides, at a loss, just to get them off their books.

“Prices were still in decline anyway, but COVID last year only made that situation worse,” a hides trade source said. Many tanneries and leather goods manufacturers in China and Europe closed for lengthy periods during 2020.

“There was some optimistic feedback about market prospects out of the Milan leather trade show in February last year, but immediately after that, news of COVID broke, and the market crashed even further,” he said.

The application of economic stimulus by governments in many countries across the world, as a result of COVID, was a major impact on the lift in the hides market.

“Worldwide, governments provided incentives for new houses to be built, and consumer expenditure on consumables to fill them grew. Part of that was directed into purchasing of leather furniture, new motor vehicles with leather seats, bags and purses, and other items,” the trade source said.

“All around the world, economic stimulus became a factor in leather demand – it turned out to be the opposite effect than what some had feared at the start of COVID, which some feared would cause recession.”

General consumer confidence is also on the way to being restored in many countries – especially as large-scale vaccination starts to protect more citizens from infection.

Since the low-point around breakeven on hides at around A$10-$11 each last year, the market had since “doubled – and then doubled again,” Beef Central was told.

Hides were once again making a contribution to the value of slaughter cattle, after years of being almost ‘without value.’

“When China kicked in with more vigorous buying back in February/March, the trade was taken by surprise,” our trade source said.

“It was not anticipated, and prices doubled from those low levels pretty quickly,” he said. 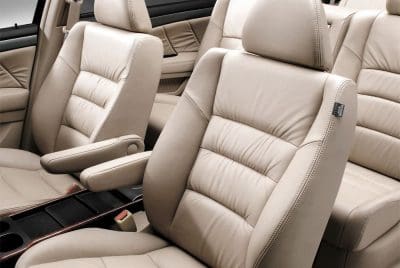 Quotes for Australian hides this week have good-quality Victorian steer hides making $1.10 to $1.25/kg, making a 40kg ox hide worth more than $40. At the depths of the market last year, those same hides were making low teens. Lighter weight cow hides around 24kg are this week worth around $27 – but still considerably higher than where they sat only a few months ago.

Queensland-type ticky steer hides this week are making around 90c/kg, representing around $30-$32 each for typical weights. Those same hides were borderline unsaleable during the depths of the market slump. Cow hides in Queensland this week were selling for around $22-$23.

During the peak of the hides prices seen seven years ago, good quality large Australian hides were worth as much as A$120-$130 each – or about 9-10pc of a steer’s overall value. Today, even with the recent market price recovery, that value share is still well short of 2pc.

While hides prices this year rose rapidly over March, April and May, Chinese buyers (who account for 90pc of Australian hides) tried to put a stop to the market surge. Bids from mid-May were typically down $2-$5 from earlier rates, Beef Central was told.

However because Australian beef kills (as well as those in South American beef producing countries) have been so low, production volume pressure was not as great as what it was during the drought years in 2019-20 when cattle kills hit record highs.

Many Australian brokers were further forward-sold than they would normally be, given the rising hides market, so when the Chinese pulled the pin last month, a lot of suppliers were not that concerned, and did not accept the lower price offers, Beef Central was told.

A standoff has since emerged, and sales have slowed down since May. But while lower prices have been taken by a few suppliers, the impasse that’s currently occurring worldwide between hides buyers and sellers is working in suppliers’ favour, because of low rates of slaughter in South America, Australia and Europe.

“Buyers are trying their best to leverage the market down, but suppliers are not playing the game at present, and low production is helping their cause,” the hides trade source said.

“In some cases, some buyers have in fact come back into the market in recent weeks and paid a little more than before.”

While China continues to dominate the global hides market, other players, including Italy, Vietnam and Thailand, were also more active for quality hides, after becoming almost dormant during the COVID period of low leather demand.

Another explanation being offered for China’s attempt to push hides prices lower is an apparent bottleneck on motor-vehicle production worldwide, caused by lack of access to computer chips, which has slowed overall motor vehicle production. Fewer cars rolling off the production line means fewer leather car seats, was the explanation.

So where does the hides market go from here?

“The problems that were there before COVID – including the swing to very ‘convincing’ synthetics – has not gone away – nor has the challenges around automation,” the trade source said.

“Go to any Harvey Norman outlet, and it’s very evident that many people today cannot tell the difference between real leather and synthetic materials on furniture,” he said.

“Hides prices are unlikely to ever get back to where they were in past decades, but if they exceed a certain level this year, the risk is that designers and end-manufacturers of ‘leather’ goods will again remove real leather from their businesses again,” he said.

“Another factor in future hides prices is the huge impact that government stimulus packages around the world have had on leather buying patterns. In Europe and North America, it’s said there is a lot of pent-up demand and money in the system. But once that stimulus tap is turned off, what happens then?” he asked.

“Many consumers have probably spent their stimulus cheque now, but they are not going to get that one-off payment again. That may present something of a concern, in terms of future leather demand.”

“But the economies in many countries now seem to be running OK, jobs growth is widespread, and stock markets are again near record highs. Times like this, backed by consumer confidence, often are reflected in higher demand for real leather goods, of all types.”

As Beef Central explained in this earlier article, hide values have been in long-term decline for a number of reasons, including rapid advances in the production of synthetics that closely mimic real leather. The record high cattle hide values seen in 2014 has been blamed, in part, for the rapid progress made in synthetic ‘leather’ manufacture.

Shoes was the one sector of the leather industry that was not significantly boosted by government stimulus during the recent COVID period.

“The footwear industry is a special case for leather, because the production process used in ‘cutting’ the material used for shoe manufacture is now heavily automated,” the trade source said.

“Cutting robots can use a consistently-shaped ‘roll’ of synthetic leather material far more efficiently than they can an irregular-shaped cattle hide,” he said.