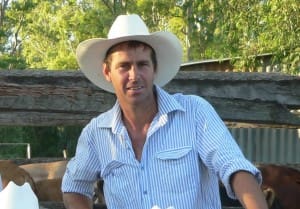 The recurring message that has been continuously reinforced throughout the long-running grassfed cattle industry restructure process is that grassfed levy payers want greater control over how their grassfed levy funds are spent.

Whether the new organisation will retain the existing CCA identity and branding or will change is yet to be decided. (More detail on the chosen structure below)

As Beef Central reported last week, the new structure was agreed to by several grassfed industry groups including CCA, the Australian Beef Association, the Australian Meat Producer’s Group, The Concerned Cattle Producers Group and State Farm Organisations at a meeting in Sydney.

The new structure was presented to Federal Agriculture Minister Barnaby Joyce in Canberra yesterday, who praised the groups for putting aside their differences and coming up with a united position.

“I recognise this has been a long and arduous process for industry to this point and they must be congratulated accordingly,” Mr Joyce said in a statement released after the meetings.

“I thank all of the groups that have worked productively and collaboratively with the government and with each other to get to this point – each organisation has shown strong leadership and enormous goodwill for which I am grateful.”

While achieving a unity position on a new structure has been seen as something of a watershed moment for the grassfed industry, important and unresolved questions still remain.

For example, what does the average grassfed cattle producer think of this structure? Will they get to have a say before it is implemented, or will the united position of the various grassfed groups involved be considered adequate proof of widespread producer support?

The Minister has said his department will now work to see how the chosen structure can be implemented, but said he will not rush into an immediate decision.

He reportedly told the grassfed groups in Canberra yesterday that his department will analyse what has been presented and expects to come back with an answer in around two months time (mid April) on how the restructure process should go forward.

Some of the issues the Department will look at include how the voting system would work, and what affect this restructure would have on other groups such as MLA and the broader beef industry supply chain.

“Given the gravity and importance of each of the Inquiry’s recommendations it is vital that we take the time to get this right, and be cautious of an immediate response,” Mr Joyce said in his written statement yesterday.

“I want to assure grass-fed levy payers that the government is committed to achieving the best possible outcome on their behalf, however change is not as simple as the flick of a pen and I hope to have a formal response, after considering all seven recommendations, tabled in the coming months”.

One of the critical questions yet to be resolved is how the newly structured body would be funded and how it would control the expenditure of grassfed levy funding.

Opinion appears to be divided between two different options in particular: It has not released the full 14-page document that was reportedly presented to the Minister though, which is said to contain more detail on proposed voting systems, suggestions on future funding arrangements and possible budgets.

From the details that have been released, the future national grassfed cattle producer representative body would be managed by a board of seven directly elected councillors. The board would also have the option to expand by appointing two skills-based members if deemed required, or an independent president.

Beneath the board would be a 15 member directly-elected policy council.

All of the 15 delegates elected to the policy council would also stand for election by levy payers to fill the seven positions on the board.

“If you put your hand up for one of those regions, of the 15, you have to be prepared to also be elected onto that board of seven,” CCA president Howard Smith said.

“So there will be 15 in total, not 15 plus 7, and all grassfed levy payers will have the ability to elect those seven from the 15.”

Mr Smith said a 15 person board was too large for the operations of a board, and drawing the board members from the policy council ensured there would be no disconnect between the two bodies.

He said the 15 representatives of each region will also have to be accountable to their regions.

“Once you remove the SFOs, you wont have the mechanism to take resolutions up from branches through to CCA, so those regional reps will have to consult with their regions and then bring those resolutions and policy issues from their region to the policy board.”

Up to producers to get behind new structure

Mr Smith said he believed the new structure would give grassfed levy payers control of their destiny.

“I think it will mitigate a lot of the angst that has been in the industry for years.

“It is fully democratic and with that comes responsibilities and risk.

“It will come at a cost to industry, somebody has to pay for elections etc, and obviously it has got to be funded, you build this thing but it can’t fly unless it has funding from grassfed levy payers.”