THE Global Roundtable for Sustainable Beef and its Australian equivalent, the Australian Beef Sustainability Framework, are meeting in Canberra this week, and are apparently finding a great deal of common ground.

Australia was originally an active member of the GRSB, but withdrew after accusations and political scaremongering some years ago suggesting the global organisation was being manipulated by one of its constituent members, the World Wildlife Fund.

Instead, Australia established its own Australian Beef Sustainability Framework. Both the Australian and Global Roundtable organisations today have very similar objectives.

Membership of the GRSB includes major international processors like Cargill, JBS, Marfrig, OSI and Lopez Foods; global animal health companies including Elanco, Zoetis, Merck, Bayer and Dow; retailers including McDonald’s, Costco and Ahold; beef producer organisations from the US, Canada, NZ and Australia; and other interest groups with a stake in the beef value chain including branded beef programs and environmental lobby groups like WWF, the Nature Conservancy and the Rainforest Alliance. 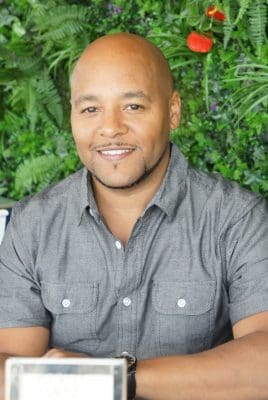 One of the GRSB board and executive committee members visiting Australia this week is Cameron Bruett, representing global beef processor JBS.

“The GRSB initially had good representation from Australia, before Australia decided to go its own way, down what I would describe as a parallel path,” he said.

“We certainly respected that, but the GRSB has itself been extremely successful in establishing a global framework – a lens through which to view this – without being prescriptive for specific regions.”

Roundtables in Brazil, the US and Canada were all making ‘really good progress’, and couple of other geographic regions would announce their formation of sustainability roundtables soon.

“Then there is the Australian Sustainability framework as well,” Mr Bruett said.

“Given this momentum, we (the GRSB) thought it was really important to have our next executive board meeting here in Australia, to firstly celebrate the great work that’s been going on in Australia, and to demonstrate our alignment with, and support for, the progress being made.”

“It’s not necessarily about people in Australia following the exact document that the GRSB has established. Our goal, all along, has been to harmonise the approach to sustainability globally, so that everyone could simply speak the same language, demonstrating improvements that could be leveraged across scale. It’s not about pitting one region against another – everybody has strengths and opportunities, regardless of region, and it is not the role of the GRSB to tell the Australians, or the Brazilians or Canadians for that matter, how to raise their cattle.”

“It’s about creating an appropriate platform from which everyone can talk about the issues, and celebrate the achievements and progress,” Mr Bruett said.

“Australia is just such an incredibly important part of the global beef trade, and anything we (GRSB) can do to celebrate the success here, helps lift the profile of the industry globally.”

Beef Central asked Mr Bruett whether Australia was missing out by not being more closely aligned to the GRSB organisation.

“You know, I don’t think so,” he said. “We’d certainly like a closer partnership and interaction, and the activities in Canberra this week are part of that. But let’s make no mistake about it: Australia is doing fantastic work when it comes to beef sustainability.”

“Whether they are affiliated, or hold a card with GRSB, I don’t think is material,” he said.

“What’s important is actually what is going on in this sustainability space – and that was always the dream of the GRSB.”

Mr Bruett said looking at the framework that was established in Australia under the ABSF, it was ‘very consistent’ with the model used in the Global roundtable.

“It demonstrates that the principles and criteria we established ring true, in different markets. We’re really excited about this week’s meetings, and learning more about the ABSF framework.”

‘Phenomenal’ progress made in Canada

Similarly, there had been ‘phenomenal’ progress made in the Canadian Roundtable for sustainable beef, he said.

“An initial sustainable beef pilot project feeding into a McDonald’s sustainable beef supply chain project is now completed, and Canada is now transitioning to a national program, whereby producers will be able to take credit for all the work they are doing back on the ranch, in environmental management, social efforts.

“The Canadian Roundtable is not going to be involved in the commercialisation of that – the market will determine whether there is value in it, or whether premiums will be paid – but they have established a clear framework that means individuals will not be able to make claims about sustainable beef, without passing the ‘smell test.’ That’s really what we, as an industry want – a robust program.”

“Each country is going to have to determine what’s the best fit for them – but what’s needed is the framework so people can come in and talk about the right things.”

Mr Bruett suggested the system used today in global beef was arguably the most differentiated agriculture system ever in the history of mankind, from intensive to extremely extensive.

“Differentiation creates opportunity. I celebrate the fact that there are multiple beef production systems in use around the world, and multiple options for consumers. It’s just that we don’t want to vilify our neighbours when we are selling our product.”

At the company level, Mr Bruett said JBS was looking at new ways to leverage its global footprint, to really make a ‘meaningful impact’ on sustainability.

“This is not a green-washing or corporate exercise. It is a plant-by-plant initiative, where everybody is going to be focussed on the finite natural resources at their disposal; looking at how safety can be improved for employees, as well as animal welfare and food safety performance. It’s all part of a holistic approach, but it’s not driven from the corporate office, so much as plant level.

“We’re really excited about it, and more will be revealed as it unfolds,” he said.

In Brazil, the JBS parent company has carried out a unique study on the lifecycle of animal protein foods in order to reduce environmental impacts throughout its production chain. Developed in partnership with the Getulio Vargas Foundation’s Sustainability Study Centre, part of the Applied LIfecycle initiative, the document was presented at the International Conference on Lifecycle Management in Luxemburg recently, under a discussion about “Designing sustainable technologies, products and policies: the science of innovation.”

The Lifecycle Assessment is a technique used to analyse environmental performance of products, taking into account environmental impacts throughout the value chain. It can take into account the use of natural resources, from raw material production through processing, distribution, consumption and disposal. Based on this information, companies can decide which strategies to implement in order to reduce environmental impacts generated by the various stages in the product value chain and benefit from an additional sustainability management tool.

“By applying the LCA, we can develop more sustainable production models, map risks and opportunities and get ahead of future regulations and market requirements. We can also move ahead with efforts on priority issues in the company’s sustainability strategy,” said JBS sustainability director, Marcio Nappo.

He explained that the company believes application of sustainability principles in its operations will support ongoing innovation and evolution of the company’s business, and that the lifecycle assessment is an important tool supporting this work.

In this context, JBS is using the LCA methodology to calculate its carbon and water footprints in all production phases for beef.