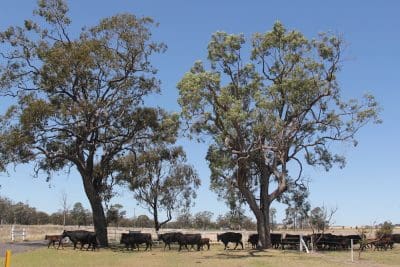 Early reactions from industry groups to the draft Australian Beef Sustainability framework released last week have been both positive and negative.

However, regardless of their individual views, all groups contacted by Beef Central have emphasised the importance of producers taking the time to read the document and provide feedback while the opportunity still exists.

Beef Central asked several groups closely connected to the Australian cattle and beef industry to provide their initial reaction to the new framework, and their responses appear below.

Cattle Council president Howard Smith said input from producers and members of the beef supply chain will help to determine whether the areas identified so far are the right ones, and whether they reflect the thoughts of producers who already have sustainable practices.

“We are encouraging our members and everyone across the beef supply chain to comment on the draft Sustainability Framework and help industry define sustainable Australian beef production,” Mr Smith said.

“Producers having their say on the draft Australian Beef Sustainability Framework and ensures it is based on grassroots input.”

“The framework development process has been an outstanding example of Industry collaboration and commitment to our customers and the community so that we can all better understand what sustainable beef means in the Australian context,” Mr Mulders said.

The Sustainability Steering Group has consulted with more than 60 industry and non industry interest groups. This breadth has delivered a draft set of measurable indicators that will enable Industry to lead the discussion on what sustainable beef means to us and the broader community. The public consultation process underway continues Industry’s commitment to getting the indicators right.”

“Once finalised the framework will enable Industry to demonstrate our sustainability credentials, display continual improvement and be in a better position to respond to changing demands and perceptions on how we produce Australian beef.”

“The greatest benefit I see for the beef sector is our ability to tell our story.”

“The greatest benefit I see for the beef sector is our ability to tell our story.

“As an Industry we collectively do a pretty good job in the areas of environmental stewardship, economic resilience, people and the community and animal welfare. The framework will give us the objective measures to tell that narrative with an increased level of confidence, authority and pride,” Mr Mulders said.

“This is a challenging task with no doubt a diverse range of views.

“However, this is a necessary step for producers to have a voice in this important conversation.

“AgForce absolutely encourages our members to take the opportunity to comment on the draft Sustainability Framework whether they agree with it or not.”

Property Rights Australia (PRA) says anyone with direct skin in the beef supply chain, particularly cattle producers, should become involved and participate in providing feedback to the committee via its website.

PRA was one of the organisations that actively campaigned against Australia joining the Global Roundtable for Sustainable Beef in 2012, based on its concerns about the involvement in that process of the World Wildlife Fund. That process led to the Australian Beef “Squaretable” and in turn the creation of an Australian Sustainability Steering Group, which has produced the draft framework for sustainable beef .

PRA chair Dale Stiller said Australia already had a high level of legislation, regulation, certification and vendor declaration in relation to sustainability, and it was important this these high standards were collated and then communicated to the world.

He said the Australian beef industry had to develop its own sustainability framework, because if it did not, that void would be filled by activist groups seeking to develop their own definitions of beef sustainability on its behalf.

“There is an obvious large amount of work gone into the preparation of this framework and for that PRA wishes to commend the chair, Prue Bondfield.”

“However it is with regret that PRA must disagree with the approach the framework takes.

“Telling the beef industry’s sustainability story to our customers is a positive, but in the framework this is delegated to a link.”

Mr Stiller said he felt the framework had fallen into a trap of trying to answer – and thereby being influenced by – the campaigns of environmental activists”.

He said the industry should not try to pander to a minority and accept demands which cannot be satisfied.

“Instead of positively singing our song, the danger is ending up dancing to someone else’s tune.

“Take note that the sustainability framework has a format similar to a certification program.

“It is not supposed to be yet another level of certification but be aware that sometime in the future, pressure by activist organisations could be laid on a compliant government to make it so.”

He urged producers to look closely at the four priority areas and the various indicators and measures and ask themselves if they think they are realistic.

“Read the indicators – would you be able to comply?”

“Read the indicators – would you be able to comply? Is it too complicated? Does it try to encompass too many areas? Will it be too costly for small enterprises whereby a very large enterprise can afford dedicated staff for paperwork? Is it structured to suit small southern beef properties rather than large northern properties?

“Beef sustainability standards should be developed that are factual to Australian conditions, practicable and attainable.

Mr Stiller said he felt the consultation timeframe available for industry to respond to the 31 elements contained in the Sustainability Framework was far too short, but said producers should make sure they have their say while the opportunity exists.

“There is no place for apathy, beef producers need to take control of their industry or risk being controlled.

“Let us make a positive sustainability medallion instead allowing a millstone to be hung around our neck.”

The draft framework for sustainable beef has come at the same time that Australia’s livestock transport industry has been reviewing its own industry assurance systems such as TruckCare.

That process and conversations the industry has had with major supermarkets and retailers has underlined a big shift in consumer attitudes and expectations.

While price, quality and availability are still the top considerations, issues such as animal welfare, sustainability and environmental issues were now “right up there” in consumer’s minds, Australian Livestock and Rural Transporters Association (ALRTA) CEO Mathew Munro said.

“Given what we have been learning at the coalface of what the consumer is looking for, anything along these lines (the sustainable beef framework) is welcome and is going to be very well received now, and increasingly so into the future,” Mr Munro said.

“While corporate responsibility has been gaining a lot of traction over the last five to 10 years, I think the next five to 10 years are going to be very telling. We have already seen it happen in areas like eggs, with free range, and we’re seeing it now with pork and will increasingly see it with red meat.

“From our perspective we welcome anything like this, it is a good opportunity to interface more as an industry sector, because what retailers are looking for at the end of the day is something that gives them more assurance, be it sustainability or animal welfare, all in the one package.

“So consumers know that if they source red meat from Australia, that Australian farmers, transporters and processors are all doing their best to meet international standards.”

Asked if the livestock transporters’ own review process had demonstrated areas where the industry needed to lift its game, Mr Munro said this issue was more about being able to prove you are doing the right things.

Since the introduction of Land Transport Standards across Australia, all transport operators across the country must now meet those minimum standards.

However, operators who are also TruckCare accredited have documentation and third-party audited procedures to demonstrate they are meeting higher standards.

“We believe that by and large all of our members are meeting those (Land Transport Standards) requirements, but there is a smaller percentage that is able to demonstrate it to the increasingly vocal percentage of consumers that are requiring some form of assurance.

“We think that TruckCare still has a place and we believe if we can interface it more strongly with retailers and the claims they are making at the register, then that will drive greater uptake of TruckCare.”

Mr Munro said that as the livestock transport industry continues to review and refine its own systems, it will be looking to talk further with the beef sustainability steering group, and processors and producers to ensure all systems are working together.

“We have an open invitation. If anyone wants to come and talk to us about our system, we are very happy to do so,” he said.

ABA chief executive officer David Byard said the Sustainability Steering Group’s draft framework was extremely complicated and would take a great deal of time to look at every link.

“From what I’ve read I don’t know of too many producers that would be able to fill requirements in all seasons and all conditions,” Mr Byard said.

“More requirements mean more cost and as we know all costs are passed back the producer and the last straw may break the camel’s back.

“The long and the short is that we are being slaughtered in our overseas markets where ever we look, by cheap imports that have been raised in countries with very little restrictions and price is at the centre of losing markets not biosecurity, surely there is a balance and we must be very careful we don’t weigh our producers down with more costs, which in turn may make them uncompetitive.”