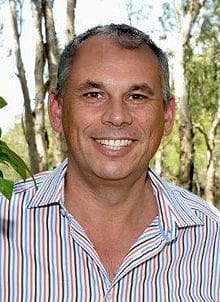 Mr Giles spent four years as NT chief minister, before losing his seat and government in a big swing to Labor at the 2016 election held in August.

A descendent of the Kamileroi people, he studied accounting and real estate after leaving Blaxland High School in NSW, working in property management before moving into public housing management for the Aboriginal and Torres Strait Islander Commission. He then moved to Canberra to work in the Australian Public Service as a social and economic policy advisor for the Department of the Prime Minister and Cabinet, before standing for an NT legislative assembly seat.

Hancock Prospecting’s pastoral operations have expanded dramatically over the past two years, both through individual property purchases and last October’s investment in S.Kidman & Co.

“Mr Giles joins us at an exciting time at HPPL, and we welcome him to our team,” executive chair Gina Rinehart said.

“The Hancock Pastoral business has grown substantially over the last few years and more recently with significant acquisitions including the iconic S Kidman & Co. Our continued involvement in the Australian beef industry is an important focus for the future of the Hancock Prospecting Group,” she said.

“I have known and regarded Adam highly since prior to his time as NT chief minister, and look forward to the contribution he can make to our company, and, continue to make for northern Australia.”

Mr Giles saw the appointment as a “great opportunity to contribute to Hancock – a business that is continuing to focus in Australia and creates and sustains Australian jobs.”

“I have always held Gina Rinehart in the highest regard and look forward to working with her in supporting her dynamic pastoral interests that are set to make a significant contribution to the development of Northern Australia. It’s something I share a passion for with Mrs Rinehart,” he said.

Gina Rinehart this week visited a number of individual Kidman station managers to hear first-hand from them about their ideas on improving the properties, a company statement issued on Wednesday said.

“I also had some of our Hancock station managers with me on this visit to discuss the important improvements we are implementing on our stations. With the expansion of Hancock’s agricultural portfolio, this is an ideal opportunity for both long-standing and new managers to come together, and learn from each other’s experiences to help improve each of our stations,” Ms Rinehart said.

Next week: Latest staff movements and appointments across the national meat and livestock industry in our popular People on the Move column.