Fake meat ‘as highly processed as dog food’: can you pick the difference?

FAKE meat alternatives may be promoted as more “wholesome” than conventionally grown meat, but in a recent tweet a US scientist has drawn attention to the highly processed nature of two leading plant-based burger products by comparing their ingredients to those of pet food. 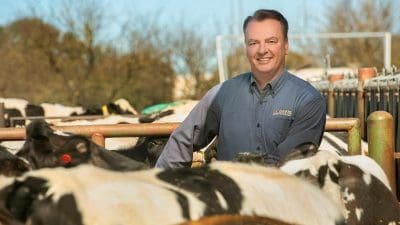 In a tweet on Friday Dr Frank Mitloehner from the University of California Davis published the lists of ingredients of three products.

He asked people on twitter if they could pick which was which.

Here are the options below (Answer posted at bottom of article)

Correct answer at bottom of article. Could you pick which ones are the plant based burgers and which one is a pet food? Share your comments below.

24 hours after posting the tweet, Dr Mitloehner said in an interview with the AgriTalk podcast that 100,000 people had responded to the quiz, and the “majority got it wrong”.

The extent of processing involved to make all three products meant anyone would be hard-pressed to recognise the difference, he told Agritalk host Chip Flory.

“When you look at Impossible Burger or Beyond Meat, you will find they have 21-22 highly highly processed ingredients, in fact, so processed you are hard pressed finding a difference between those items versus, let’s say, pet food,” Dr Mitloehner said.

Trivia quiz: following are the ingredients of three food/feed items. Two of them are fake burgers (namely @ImpossibleFoods burger and @BeyondMeat burger, respectively) and the third is premium dog food. Can you pick the latter? pic.twitter.com/uqzWIkxpQ7

Dr Mitloehner said the aim of the quiz was not ‘be facetious’, just to point out “what nature the food really is they are producing and how indistinguishable it is from dog food”.

He recounted a story in which he had dinner a couple of years ago with Patrick Brown, the CEO of Impossible Foods, at an a National Academy of Sciences event. During the conversation, he said Mr Brown told him he had eaten dog food as a graduate student, explaining that it was not only made of wholesome ingredients, but was also inexpensive.

“I thought he was joking me, until I did little bit of research and compared his burger versus Beyond Burger versus dog kibbles and guess what? I would not be able to tell the difference.

“And to me that is just testament that they are going ahead making something that from a nutritional basis may not be very different from dog food, they are adding the flavours and the taste and the smell and voila, and there is your plant based alternative to the real thing.”

He noted that the Impossible Foods CEO has since declared it his mission is to end animal agriculture by 2035.

Dr Mitloehner said he felt the organisation has a long way go from its very small market share at this point to achieve that goal.

“If I were to have a look into my crystal ball I would say that most likely the big ones will swallow the small ones and there will be a lot of cannibalism across the plant based segment and we will see if he succeeds in ending animal agriculture.

He stressed that he was not against the production of alternatives to meat.

“I am all for alternatives, I don’t want to be misunderstood as saying I don’t like alternatives, if people want to eat it, eat it.

“What I have a beef with is he makes his business on the backs of our farmers and he publicly describes the sector as filthy, as inhumane, as unsafe, and that is just intentionally misleading, and that is the problem I have.”

Asked by AgriTalk host Chip Flory if moving over to plant based proteins would have a significant impact on reducing GHGs, Dr Mitloehner said studies have shown it would not.

One study, reported by Beef Central last year, considered what would happen if every person in the US stopped eating meat. The result would be a 2.6 percent decrease in greenhouse gases.

If every American participated in Meatless Monday, it would lead to a 0.3 percent decrease in greenhouse gas emissions.

“So you can imagine if we were to make a move away from beef to plant based alternatives then that would be a fraction of that, so the impact environmentally would be so small it would not be measurable.”

Who is Dr Frank Mitloehner?

Dr Frank Mitloehner is a professor of air quality and a specialist in cooperative extension with the Department of Animal Science at the University of California Davis.

He is an expert mitigating air emissions from livestock operations and has been recognised internationally for his work in this subject.

His critique of the 2006 UN Livestock Long Shadow report exposed shortcomings in the methodologies used to arrive at the report’s widely reported conclusion that the livestock sector generate more greenhouse gas emissions than the entire global transport industry combined.

Dr Mitloehner has argued that the largest contributor to greenhouse gases and environmental harm overall across all impact categories is not emissions from livestock, as commercial proponents of plant-based ‘meat’ burgers proclaim, but the amount of food waste that occurs across the globe.

40 percent of food produced in the United States alone goes to waste, and 30pc globally.

The major challenge in future will be to feed a growing global population with the same relatively limited food producing resources we currently have, he told a national US science conference last year.

Illustrating this (view his presentation in the video below) Dr Mitloehner uses a normal sheet of paper to represent the surface of the earth. He then folds it twice to emulate the relative area of total land on the planet.

Further folds reduce the size of the piece of paper to that of a typical business card, representing the total amount of agricultural land in the world.

Two thirds of that area is marginal land that cannot support cropping, either because the soil is not fertile or there’s not enough moisture. The only way to produce food from that two thirds of available agricultural land was from ruminant livestock – beef and dairy cattle, goats, sheep.

Of the one-third that was arable land, about half relied upon chemical fertilisers to successfully grow crops, and the other half on organic fertilisers – sourced by and large from livestock manure.

“I just want to emphasise that to show you the importance of the livestock sector with respect to global food supply,” he explained.

Livestock production has very different environmental footprints throughout the world, based on the efficiency of production in each area. In the US for example the number of beef cattle has reduced from 140 million head in 1970 to 90 misslion today – 50 million fewer – but still producing the same overall volume of beef as was produced in 1970. That efficiency represents a dramatically lower carbon footprint and water requirement than that of livestock production in less developed parts of the world.

“The more efficient you are in agricultural production, the relatively smaller becomes your environmental footprint.

“It’s the same as with your vehicles – the more fuel-efficient your vehicle is, the less gas it burns and the fewer emissions you become.”