EMAIL exchanges revealed through Freedom of Information searches have raised questions from senators about perceived conflicts in the CSIRO’s roles as an independent taxpayer funded research agency and as an equity holder in a large commercial plant-based protein company. 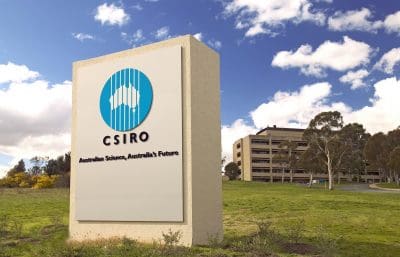 The inquiry was told the CSIRO has a shareholding in v2food in return for earlier research that helped to develop the plant-based protein meat substitutes the company is now commercialising.

v2food is one of the about 37 companies the CSIRO has an equity investment in, Monday’s hearing was told.

The CSIRO’s innovation fund, managed by Main Sequence Ventures since 2017, in which the CSIRO has invested $50 million, also has a direct $19.5 million in v2food.

CSIRO chief operating officer Judi Zielke told the inquiry on Monday that one of the research organisation’s purposes is to translate science into commercial outcomes, which meant “not just doing the science but helping companies get to the commercial stage”.

“Obviously CSIRO will receive a benefit on that and a return on our money in the long run, which we can then invest in more science, that is the benefit we get that is returned to the tax payer,” she said.

Some in the red meat industry have questioned the CSIRO’s close relationship with plant-based protein startup v2food and whether that influences the taxpayer funded agency’s operations in other areas, particularly the red meat sector.

The release of a CSIRO “digital tucker box” earlier this year which ranked a single beef product as the least sustainable of all the foods listed, and suggested plant-based products as alternatives to meat, particularly rankled red meat industry representatives.

Senator Susan McDonald read out a number of email exchanges between CSIRO staff members and v2food CEO and founder Nick Hazell during yesterday’s public hearing, before asking “is this type of internal lobbying between vegan protein companies and CSIRO a common occurrence?”

“I think it would be better to say that we work with a lot of companies that are continuing to push for the best outcomes for their product and therefore their engagement with not only ourselves but all organisations they’re involved with is to try in that regard,” Ms Zielke said in response.

“And we do do a lot of work, conversations, negotiations with companies in relation to how to get the best outcome for them.

“Again I’ll note that I think our decision making process is robust in that regard and I think we have appropriate mechanisms in place for dealing with that.

“Where I am going senator is that we don’t treat sectors differently, we have a single process.”

Asked if the CSIRO has ever sought probity advice to manage any perceived conflict between how its research and publications and equity investments are managed, Ms Ziekle said the CSIRO has its own legal resources.

“We seek probity advice, as a Government agency, we want to make sure we are able to do everything as best we can,” she said.

Pressing further, Senator McDonald pointed to another email chain from July this year  under the subject line “senate inquiry into food labelling”, which she said showed a CSIRO corporate affairs employee and a CSIRO researcher liaising with the CEO of v2food and the manager of CSIRO’s investment fund over the forthcoming senate inquiry. Why were CSIRO employees engaging with a private company and the CSIRO’s fund manager which oversees its commercial interest about the taxpayer funded agency’s submission to this parliamentary inquiry, senator McDonald asked?

The CSIRO representatives present said they were not certain of the answer and asked to take it on notice.

Earlier in the session, CSIRO representatives said that the organisation’s research into the livestock sector had been long and significant, and said that the CSIRO did not advocate for one source of protein over another.

V2food CEO Nick Hazell noted during his appearance in front of senators on Monday that the plant-based protein sector only receives 4 percent of CSRO’ annual investment in food production research and development.

CSIRO representatives told Senators in response to questions that reports forecasting the growth of the plant-based protein and meat sectors suggeted the former did not represent a major economic threat to the $100 billion meat industry, with plant-based products only likely to be a “tiny blip” on global meat demand.

“As the Asian middle class grows in affluence and seeks to eat more protein, growth in that region will be more than enough to satisfy supply in meat and plant based protein production in Australia,” Michael Robertson, Deputy Director of CSIRO Agriculture and Food, said.

The CSIRO’s research into plant-based protein products was simply motivated by market opportunities to grow jobs and responding to the market demand for such products.

“We have a 100 year long history of working with the red meat industry in Australia and a very proud history that we will continue to cultivate and support and nurture and that work remains by far our most dominant work in protein research,” he said.

Mr Robertson said the CSIRO believed plant-based proteins represented a $10 billion opportunity for Australia by 2030 and could create 60,000 jobs in regional Australia – “that is our best guess at the moment”.

“We’re seeing that of course playing out on the ground at the moment with a company like v2food choosing to build a processing facility in Albury.

“And we also have other companies building plants in places like Horsham to do the processing of plant products.”

A lack of fractionation capacity was the Achilles heel holding the industry’s local processing capacity back at the moment.

“The fractionation capacity is a weakness that is being addressed.

“The other issue is that a lot of the plant protein has been imported at the moment in terms of soybean from offshore, and we are determined to turn that around and create a boost for our domestic soybean industry so that it can supply the feedstock for these opportunities as well.”

The Australian soybean industry is a small industry that has actually shrunk since the 1980s for a range of reasons, but a three way partnership was underway between the CSIRO, the GRDC and NSW DPI to further develop the national soybean breeding program.

“With the market cues we’re receiving from companies like v2food and others, we believe there could be an opportunity to quadruple the area of soybean in northern NSW and southern Qld, that is the main area where the crop would be grown under irrigation,” Mr Robertson said.

“A complementary crop probably to crops like cotton, grown in rotation with those, and the benefits there because it is a legume bringing some nitrogen into the system and some other sustainability benefits.

”So in summary huge opportunities for growing that little industry into something much more significant and benefits for regional Australia as a consequence.”

Mr Robertson listed faba beans and lupins as other crops that held potential to grow as the plant-based protein sector expands in Australia.

Pea crops were another alternative, but Australia was a very small player in a very competitive global market dominated by Canada, he said.

“I think Australian producers would struggle to compete with that, so I think faba bean is probably the more likely opportunity behind soybeans,” he said.