The “CSIRO Tuckerbox” launched this morning presents nutrition and sustainability ratings for a range of different foods and drinks that users can add to their lunchbox in different combinations to improve their score.

The CSIRO has ranked the single beef product as the least sustainable of all the foods available, and suggests plant-based products as alternatives to meat. 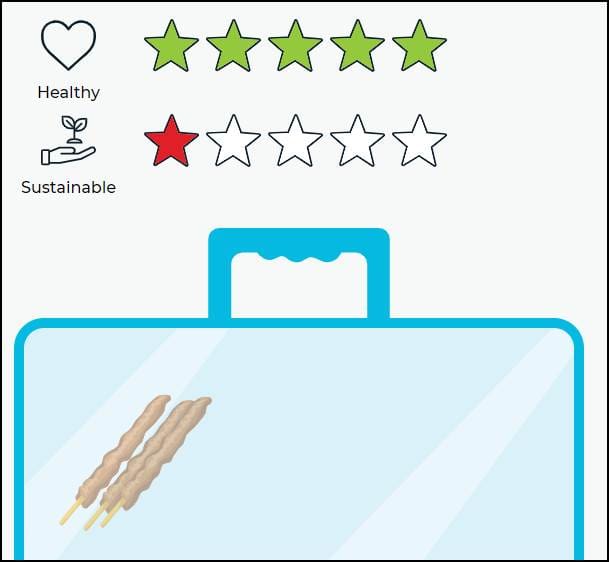 “Directing children to substitute meat products for vegan alternatives is a new low for this taxpayer funded agency,” he said.

“CSIRO’s public attack against Australia’s 434,000 proud red meat and livestock workers is disgraceful whilst accepting research funds from the industry.

“It is clear Australia’s once eminent scientific research agency has been captured by an extreme anti-meat and anti-livestock agenda and have forgotten the basic premise of evidence based advice.

“Questions need to be asked as to what CSIRO’s motivations are for spreading this misinformation against Australia’s natural, nutrious and sustainable red meat.

“Assurances need to be given that this taxpayer funded agency isn’t pushing vegan alternatives to red meat because of its $19.5 million commercial interest in a manufactured plant based protein company.

“It appears that CSIRO is driving an agenda that goes beyond the remit of a taxpayer funded research organisation.”

“Making good food choices is a combination of understanding what foods are healthy as well as getting into good habits, and the better we are at this when we’re at home, the easier it is to make smart choices when we’re out and about,” Dr Hendrie said.

“The Tuckerbox also reflects the complexity of making real world food choices, where it’s rare that we can make perfectly healthy or perfectly sustainable choices, so it’s about understanding how we get balance.”

CSIRO Nutrition Systems Scientist, Dr Jessica Bogard said sustainability was an increasingly important consideration for consumers that want to know their food has been produced with minimal impact on the environment.

“The tuckerbox aims to get people thinking about what resources are used to not only grow food but to transport and process it too,” Dr Bogard said.

“There are many ways we are working to create more sustainable food systems, and technology will play a key role in the future, such as through developing ways to build and maintain healthy soil, managing water wisely and minimising air, water, and climate pollution.”

Mum of eight-year-old Lily, Bianca Evans, said her whole family looked at their lunchboxes with new eyes after playing with the Tuckerbox.

“As a family we already spend time talking about healthy choices and we like to get Lily actively involved in the kitchen. The Tuckerbox gave us all a great opportunity to think about how our choices also impact the health of the environment,” Ms Evans said.

“I think the Tuckerbox has inspired Lily to think about a career in science, she was very excited by the idea of growing food on Mars or helping to invent robot chefs to personalise our food when she gets older.”

The Tuckerbox draws on decades of research and innovation developed by CSIRO in partnership with the food industry, including adapting livestock and crops to our changing climate; improving sustainability in how food is produced, processed and transported; increasing the nutritional value of food; and helping people make their diets healthier.

The CSIRO Tuckerbox can be accessed here: https://www.csiro.au/tuckerbox