FOOD fraud has come under the spotlight in recent years with adulterated, mislabelled or misrepresented foods hitting headlines around the world.

From low quality beef being re-packaged as premium product, to horse-meat masquerading as beef and harmful additives being added to milk products, food fraud is a growing challenge faced by industry and food safety regulators.

It’s a topic which will come sharply into focus at this year’s annual Platinum Primary Producers (PPP) conference being held in Darwin from Sunday.*

PPP is an annual gathering of progressive livestock producers and other beef, sheep and dairy sector stakeholders from across Australia and New Zealand, held in either country in alternate years. 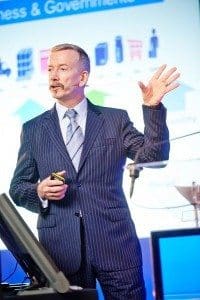 One of this year’s much-anticipated conference speakers will be John Keogh, president of Shantalla Inc, an international company specialising in advising food companies about effective deployment of industry standards and technologies to enhance product and consumer safety.

He says food fraud is a complex issue that requires innovative thinking and multi-faceted solutions.

“Food fraud is an intentional act, motivated by commercial gain. It is a criminal activity – and these criminals are becoming increasingly savvy in the methods they’re using to beat the system,” he said.

“They’re targeting vulnerable food products or those that are easier to counterfeit or fake and are using increasingly sophisticated methods to do so.”

He suggested food companies needed to try to anticipate how fraud and adulteration might happen and prevent it – or catch it when it occurs.

“This is where ‘thinking like a criminal’ comes in. In a similar way to how financial institutions have implemented anti-hacking and anti-fraud measures, understanding how these criminals operate will hopefully allow us to anticipate their next move and potentially stop an incident before it can occur.”

Mr Keogh said with today’s increasingly complex and fragmented food supply chains, there were some fundamentals that companies needed to put in place to ensure they are protecting the integrity of the food they produce.

“It all starts with a brand owner deciding that supply chain transparency is important as an enabler of consumer trust,” he said.

One of the tools that could help to improve supply chain transparency is termed ‘end-to-end mapping.’

“This means understanding where ingredients are coming from, where they’re being sourced, manufactured, where finished products are being processed further and how the product is moving through the supply chain. This process should allow manufacturers to effectively visualise their risks and implement risk management and vulnerability assessments to better detect them,” he said.

Another key enabler of transparency is real-time supply chain visibility.

“Visibility is essentially knowing where products are, where they have been and where they are going in real-time,” Mr Keogh said.

Global supply chain standard Electronic Product Code Information Services (EPCIS) was an example of a tool that could be used to achieve supply chain visibility. Developed by GS1 – a not-for-profit, international organisation that develops and maintains standards for supply and demand chains across multiple sectors – EPCIS is a standard that enables trading partners to share information about the physical movement and status of products as they travel throughout the supply chain.

“In practical terms, if a shipment between two locations that usually takes two hours suddenly takes eight hours – EPCIS can provide alerts if the shipment was not received during the allotted time slots,” says Mr Keogh.

Aside from having the right technology, ensuring that people across the supply chain had the right capabilities and knowledge to guarantee the chain of custody remains intact was also essential – but it could be a key challenge.

“The willing and the able are the big companies with the resources and ability to train and develop their people and their systems to ensure they’re able to protect the integrity of their supply chain and verify the authenticity of their food products at any point in the supply chain.

“The willing and unable are the smaller companies who understand the risks and are willing to make the necessary changes to strengthen their supply chains but they don’t have the resources to make this happen. They’re the ones that we need to help through effective capacity building.”

In order to do this, Mr Keogh emphasised the value of a collaborative approach.

“Working together in effective public-private partnerships will enable us to upskill all players across the supply chain which ultimately helps to minimise the risk of food fraud and food adulteration occurring. The public and private sectors have significant resources, tools, knowledge and wisdom in tackling food fraud and these resources are much more effective if they’re shared through collaboration.”

He used the case of Manuka honey, which originates from New Zealand, as a good example of how international collaboration can help to tackle food fraud.

“We know that more Manuka honey is sold than what is produced in NZ – so it’s clear that counterfeit product is being produced and sold to unsuspecting consumers.

“To help reduce the risk of this happening or growing further, the genuine product’s forensic and scientific properties need to be defined in NZ, and its forensic fingerprint shared with reference databases around the world so counterfeit product can be more easily detected using specific test procedures,” he said.

“We need to take collaborative and innovative approaches to tackling the constantly evolving challenge of food fraud. This means putting ourselves in the shoes of those doing the adulteration and using scientific expertise to identify and vigilantly monitor the next generation of adulteration and food fraud risks.”

Inaugural Zanda McDonald award to be presented during PPP Conference*

More than 130 of Australasia’s most influential livestock agri-business stakeholders will gather in Darwin on Sunday for this year’s annual Platinum Primary Producers (PPP) group conference.* 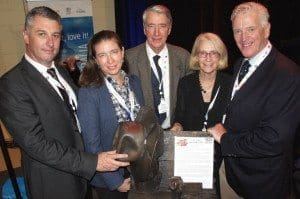 The event marks the tenth anniversary of the launch of the networking group, founded by head of Allflex Australasia and NZ farmer, Shane McManaway.

The collective, which seeks to share experiences and knowledge from both sides of the Tasman, represents around 20 million livestock units and some 12 million hectares of land ownership across Australia and NZ.

“We meet annually at conference to discuss the tough issues of the day and draw on each other’s expertise to map out industry solutions,” he said.

This year’s tenth anniversary event will be marked by the announcement of the inaugural winner of the Zanda McDonald Award.

The award was devised by PPP membership to encourage the industry’s future leaders to step forward, and honours the late Zanda McDonald, a Queensland cattle producer and PPP member who played a key role in the group’s development. Mr McDonald died after a farm accident in 2013.

The prize package includes an expenses paid, tailored mentoring package whereby the winner will spend time with PPP individuals best placed to help them further their career (valued at $10,000), a place on the 2016 Rabobank Farm Manager’s Program (worth $7000) and $1000 cash.