Low and slow: How American-style BBQ competitions have fired-up in Australia WHEN the big supermarkets start stocking whole briskets, you know the ‘low and slow’ barbecuing trend in Australia is really catching on.

Barbecue cook-offs have been a phenomenal growth story in the United States with thousands of barbecue competitions held across the country each year.

Television shows like BBQ Pitmasters have captured the popularity of the barbecue culture and have helped to turn ‘low and slow’ barbecuing experts into household names around America and indeed around the world. 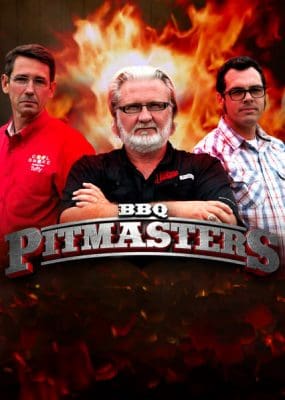 Shows like BBQ Pitmasters have helped to turn talented ‘low and slow’ barbecuers into household names in the US.

The type of cooking is different to the fast, high temperature, direct heat methods we’re more used to in Australia, where steaks and sausages on a barbecue grill straight over the flame is the traditional style of choice.

In “low and slow” barbecuing, meat is cooked at lower temperatures using indirect heat and smoke for much longer periods – sometimes up to 15 hours, which requires cooks to tend their fires through the night.

It can be a demanding process, but one that also doubles as a highly entertaining social activity with the ultimate reward at the end of juicy, smokey, flavour-filled tender meat.

Battles need weapons, and in these pit wars solders have access to a seemingly endless array of cooking devices to produce the most delectable end product possible, ranging small-hooded barbecues to build-your own concrete block pits and purpose-built offset smokers through to mobile wood-fired cooking units the size of small houses.

Flavouring recipes and preparation techniques are fiercely guarded secrets, and can include multi-layered rubs, flavoured wood chips and injectable liquid stocks and marinades.

Trend catches on in Australia

Mainstream interest in competitive barbecuing has been firing up in Australia and New Zealand in the last few years.

The Australasian Barbecue Alliance was formed four years ago to sanction and promote official barbecue competitions in both countries.

In the ABA’s first year in 2014 there were 20 teams involved in competitions across Australia and New Zealand.

In 2017 there were 35 individual competition in Australia and New Zealand alone. Teams now compete for a National Championship based on aggregate points across the series (details of highest ranking teams so far in the 2018 championships can be viewed  on the Aus BBQ Alliance website here).

As barbecuing events have grown so too has the industry that supplies it with the necessary tools and equipment and ingredients.

The popularity has reshaped product offerings in butchers and barbecue retailers and fostered the growth of new range of dedicated barbecue restaurants, food trucks and catering outfits.

Demand for whole cuts and secondary cuts ideal for low and slow cooking such as beef briskets, beef ribs, pork ribs, Boston pork butts, and even lamb ribs has been accelerating in recent years in response to the barbecuing trend, Susan McDonald from multi-site warehouse-style retailer, Super Butcher said.

“The horse has well and truly bolted,” she told Beef Central.

“You’re seeing that reflected in the number of competitions that have grown up around the country. Once Coles starts stocking bulk pieces of brisket, you know it is mainstream.”

Super Butcher has long stocked whole pieces which has made it a prime choice of the growing barbecue crowd. The stores now stock not only the barbecue cuts but also the flavoured timbers, injectors, rubs, and “all the things that are now core materials for the barbecue experts’, Susan said.

It also now conducts regular demonstrations and barbecue classes for people to learn more about what is involved.

Super Butcher’s own purchasing manager  Joel Giacomantonio is part of a team that competes on the Australian competition circuit, the Smoking Hot Bros.

Competitive barbecuing events are now held all over Australia.

The biggest in Australia is the Buffalo Trace Australian Barbecue Wars event at Port Macquarie, NSW, which had 96 teams competing in 2017, and will be held again in September this year. (It was winning that event that earned Aussie Grant Coleman and his team a ticket to the Houston Rodeo World Barbecue Competition in late February where they managed to claim runner up in the coveted Brisket title, as discussed in this earlier Beef Central article).

Coming up very soon are the aptly named “Meatstock” meat and music festivals, which are now held annually in Auckland (the 2018 event was held late February), Melbourne (April 22-23) and Sydney (May 5-6).

Described as the ‘carnival of carnivores’, the 2018 Meatstock events in each city offer two days of barbecue and grilling competitions and butcher wars involving dozens of competing teams, as well as barbecue expos and demonstrations and live bands. 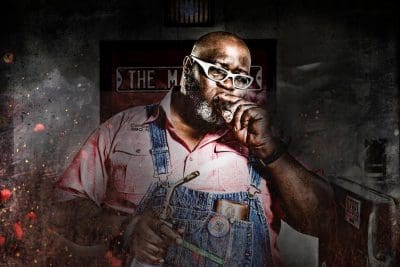 The 2018 Melbourne and Sydney events will also include cooking demonstrations by one of the celebrity contestants of the hit US show BBQ Pitmasters, Big Moe Cason.

Barbecue is said to be America’s cuisine and like another US obsession, baseball, America hosts several events that carry a “world championship” title: