A $500,000 grant to establish a new directly-elected national body to represent Australian cattle producers is still sitting in a Government bank account unpaid more than a year after the funding was pledged. 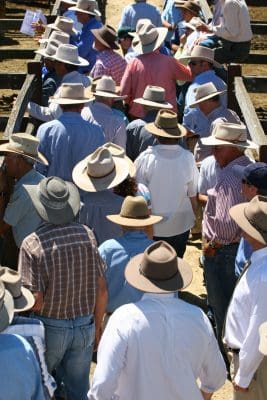 The grant was intended to provide seed funding to create a new representative body “to provide leadership across the grass fed cattle industry”, then Agriculture Minister Barnaby Joyce said in announcing the funding in October 2017.

The creation of a directly elected, standalone new body was a central recommendation of the Senate Inquiry into the red meat sector, handed down in September 2017.

At the time representatives of various groups representing cattle producers, including the peak industry council Cattle Council of Australia, were participating in joint industry restructure discussions via an “Implementation Committee” established in 2015 by Mr Joyce to find industry agreement on a new representative model to speak for all producers with one voice.

However, that long-running process was significantly disrupted in January this year when Cattle Council of Australia, at the direction of its State Farm Organisation members, withdrew from the Implementation Committee discussions.

CCA said the failure of the three-year long deliberations to identify and develop a long-term sustainable funding model meant the proposed new restructure was unlikely to work.

“Creating a new organisation only to have it fail almost immediately would have put the grass-fed beef industry, and grass-fed producers, in an even worse position.”

CCA said its own model, funded and supported by State Farm Organisations, was sustainable and it would continue to develop opportunities to increase direct member involvement within its representative structure.

Despite CCA’s withdrawal, the remaining members of the Implementation Committee vowed to press ahead with plans to develop a new standalone, directly elected national body as recommended by the inquiry, and have since formally incorporated a new body called Cattle Producers Australia.

The upshot of the upheaval is that the $500,000 which had been pledged as seed funding to create a new organisation has never been paid. 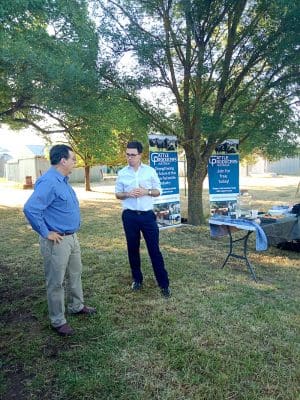 Minister Littleproud told the gathering of CPA supporters, held at the home of Wangaratta VFF President, Natasha Lobban, that he had withheld payment of the $500,000 for the establishment of the new organisation in the hope that the CCA could return to the CPA Implementation Committee process in accord with the original position when the seed funding grant was announced.

“It should be an industry owned body, it should be a body that you and your grass roots tell me exactly what you want and how you want your representatives to walk into the halls of Canberra and tell me what they want,”  Mr Littleproud said.

The Minister said the $500,000 will only be released if industry reunites and proceeds together.

He said he is prepared to facilitate a meeting between Cattle Council and the CPA Implementation Committee to help that to happen.

If such a meeting was successful, the $500,000 would become available immediately, he said.

Dr Wright said the need for the organisation had been recognised in recommendations by two Senate inquiries and endorsed by the recent ACCC Cattle and Beef Market Study Report.

He said progress to establish CPA as recommended by the Senate Inquiries, and to create 15 regional representative areas around Australia for growers to directly elect their representatives, was being hampered by the lack of seed funding.

“In the absence of access to the grant funding the volunteer Implementation Committee members have been funding the establishment of CPA themselves, paying all their own traveling expenses and obtaining all the necessary professional assistance to hold constitutional workshops and incorporate CPA,” he said.

“We have now just started on the CPA membership drive and the grant funding was to provide for meetings and seminars in each of the 15 Regional Electorates across Australia that form CPA’s representative base.

“It is big ask for the volunteer Implementation Committee to continue to fund this out of their own pockets”.

Cattle Council CEO Margo Andrae said the application for funding had changed several times at the request of the Minister’s office.

“We have broadened our ongoing consultations with key stakeholders, including members of the Implementation Committee,” she said.

“We now consider this an industry issue and, given Cattle Council represents all producers, we encourage all levy payers to be a part of the new model.”
She said CCA has made progress on developing a direct elect model which will be presented to CCA members at the council’s AGM in Canberra on November 20.
Related Articles: