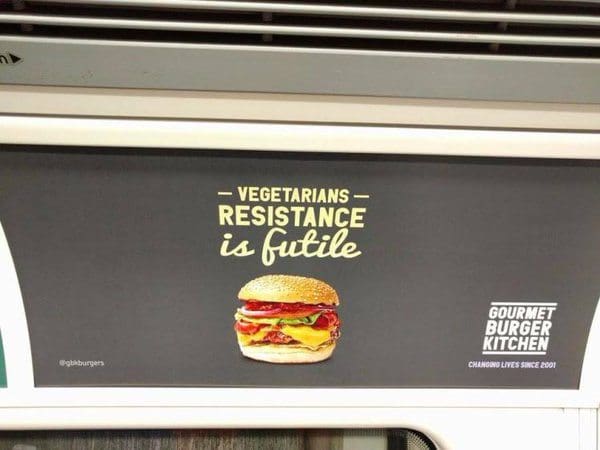 A UK burger chain has apologised after its advertising campaign which mocked vegetarians sparked consumer complaints.

The ads for Gourmet Burger Kitchen appeared on the London Underground on Saturday, January 16.

One featured a picture of a hamburger with the caption: “Vegetarians, resistance is futile”. Another showed a framed receipt from Gourmet Burger King under the words “You’ll always remember when you gave up being a vegetarian”. 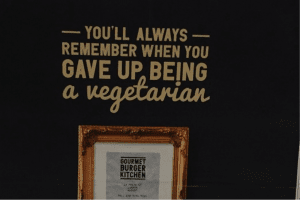 A third showed a picture of a cow, which was captioned: “They eat grass so you don’t have to”.

After a backlash on social media, the brand announced that it was “taken aback” by the reaction and would remove some of the ads.

In a statement on its Twitter feed, GBK said: “The last thing we ever intended to do was offend or alienate vegetarians. The same vegetarians we’ve looked after since our first GBK.

“Our intentions were light-hearted and not meant to cause any offence, but clearly we have, and for that we apologise.

“While we’ve served beef at the core of our menu since 2001, we’ve always catered well to the veggies out there, and always will.”

That ad generated a reported 600 complaints to the Australian Advertising Standards Bureau according to media reports.

In comments to the Campaign, the Vegan Society said GBK appeared to be unaware that Veganism was “a protected belief” under UK equality laws.