Brazil offers ‘substitutability’ for Aussie grinding beef in US market

Brazilian beef represented a threat to Australian lean grinding beef exports to the US, because of its direct ‘substitutability’, a US risk management expert told a red meat processor gathering in Sydney earlier today. 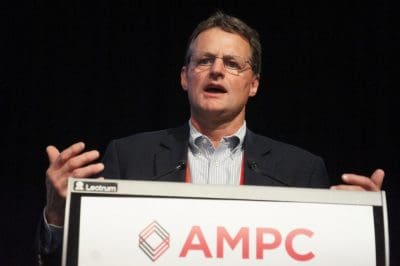 Economist Professor Ted Schroeder, the director for the Centre for Risk Management, Education and Research at Kansas State University, was speaking at the Australian Meat Processor Corporation’s annual conference in Sydney this morning.

“We use tremendous amounts of lean Australian grinding beef in blending with fattier US trim in ground beef production. The nature of Australian beef complements US beef in a number of ways – it means that as US consumers eat more ground beef, they eat more of our beef as well as yours,” he said.

But the US was just now starting to open its doors to Brazilian beef.

“As imports from Brazil grow, that will displace some segment of the Australian business – there’s no question about it,” Prof Schroeder said.

For the most part, the US food service sector (where much of this type of product was directed) did not focus heavily on product origin, and never had done. What they were really after was a product that was good quality for purpose, safe and nutritious.

“So Australia has some competition there which is increasing, because of market access. But for the most part, Australia will continue to be a dominant player in the supply of lean imported grinding beef,” he said.

Since gaining access to the US export market earlier this year after decades of bans because of FMD disease fears, Brazilian beef had started to arrive in the US in small quantities.

Currently, Brazil does not have its own beef quota for access to the US market, but must export via the “other country” quota, of just 64,800 tonnes. Australia’s quota, in comparison, is 418,000 tonnes.

Professor Schroeder warned, however, that quota access was a ‘political issue’, and circumstances could change, especially if demand in the US drove that process.

“All we can say is that that is the current Brazil access situation, right now,” he said. “Clearly, if quotas start to become a constraint to trade, and there is demand for more Brazilian product, political pressure may mount, and it could very quickly change course. No question about it.”

“But equally importantly, sourcing partnerships – especially in a processing industry like ground beef pattie production, where they know they need certain specifications and reliable volumes – don’t just happen overnight. They may gradually happen, but reliable, long-term suppliers like Australia, with known quantities and known quality and food safety attributes, will continue to be very important.”

“If Brazil’s price on competing imported manufacturing beef is competitive, it will inevitably get some US market share, but it would take a longer time for them to prove they can be a reliable supplier with the same quality standards that Australia has achieved,” Prof Schroeder said.

“But they do not have the same traceability system that Australia has, for example. The Brazilian industry is still quite a way behind in terms of coordination.”

Prof Schroeder said some within the US cattle industry leadership were ‘worried a little’ about the opening of imports from Brazil, on animal health grounds.

“The new trade is not coming without some anxiety,” he said.

That concern was not at the consumer level, but at trade and producer level.

“US consumers really do not spend much time thinking about origin, despite saying that they do,” he said.

“So it is not necessarily with open arms that the entire US industry is allowing Brazilian beef into the country, but it is there, and will no doubt grow – provided issues do not arise.”