Big data: What is it, and what does it mean for cattle? 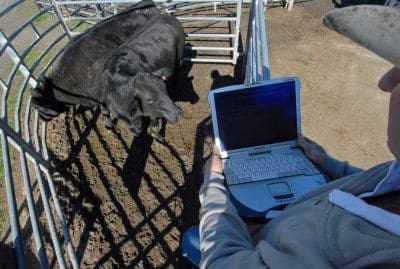 Big data. What is it, and what does it mean for agriculture, or more specifically, the Australian cattle industry?

The term “big data” is generating a lot of interest around the world, driven by the exponential increase in the amount of digital data now being collected, the exponential decrease in the cost of computing technology to capture and process data, and the increased awareness of the potential these developments have to enhance decision-making and productivity.

In agriculture, the term Big Data has tended to become a catch-all phrase to describe all forms of ‘digital agriculture’, but strictly speaking, it refers specifically to the collection and interpretation of extremely large volumes of data, as in billions or trillions of pieces of digital information.

The broader term digital agriculture refers the use of digital technology such as sensors and monitors to collect regular and real time data from a paddock and to interpret that information to make more-informed farm-management decisions.

Digital agriculture is most commonly in use in the cropping sector, with applications recently highlighted by a Australian Farm Institute report including remote monitoring of crop performance by satellite or drones; internet-connected harvesting equipment that can constantly relay real-time crop yield and machinery performance information to off-farm data storage and interpretation dashboards; and variable rate technologies that can modify planting regimes or fertiliser application rates in response to the data collected.

However digital agriculture is also increasingly finding a place in the livestock sector for applications including electronic livestock identification systems, satellite monitoring of livestock to provide detailed feedback on mobs or individual animals, and automatic weighing and drafting systems (more on this below.

In its truest sense Big Data, as the name implies, refers specifically to the collection and interpretation of extremely large data sets, so big they require massive mainframe or cloud-based computing systems to process, far exceeding the capabilities of your average desktop or laptop computer.

Think of the millions of data points collected and stored over time when farm machinery sensors record information at points every two metres along vast rows, multiplied across every row and every field and repeated multiple times a year.

Or a drone capturing thousands of overlapping, high-resolution images of a crop or paddock, which must then be ‘stitched’ together into one final, useable map, dozens or hundreds of gigabytes in size. That calls on  on a level processing grunt not available in a typical household computer.

A hypothetical example of a true “Big Data” application offered by AFI would be if every yield map generated by all grain harvesters operating in Australia in any one season were collected, and that information was combined with all the weather and soil data relevant to that growing season in each paddock, and then used to devise a formula to predict grain yields from soil and weather data.

The AFI has just completed a comprehensive, 12 month long analysis of the implications of Big Data and digital agriculture for Australian agriculture (the report can be purchased from the AFI website here)

“At this stage there are only very limited instances where true big data applications are utilised in Australian farm decision making,” the AFI report says.

Industry-level livestock sector programs that may go close to fitting under the Big Data umbrella would include the collection of data by the National Livestock Identification System, the provision of pedigree and performance information by BreedPlan to calculate Estimated Breeding Values for stud livestock, and the interpretation of carcase feedback trends under the Livestock Data Link program (this program was explained in more detail in this recent MLA article).

While debate surrounds what can truly be called ‘Big Data’ and what can not, the use of digital agriculture more generally is already proving of benefit to producers, whether the ‘Big Data’ tag is applicable or not.

The ‘third revolution’ in global agriculture 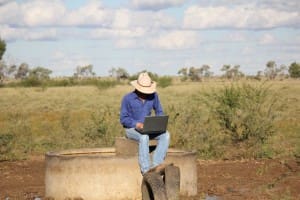 The first was the mechanical revolution between the First and Second World Wars, and the second was the scientific revolution (often referred as the green revolution) from the late 1960s to late 1990s.

Digital agriculture will enable farmers to change from paddock and herd average management, to square metre and individual animal management, with subsequent increases in farm productivity.

Productivity gains attributable to the use of digital technology have already been recorded in cropping systems of 10pc to 15pc, the AFI notes.

A recent Meat & Livestock Australia report identified four particular areas in which it believes beef and sheep livestock enterprises can benefit from the use of digital technologies:

What do with all that data?

Many farmers have machines that are collecting data, but they are effectively swimming in more data than they know how to handle.

Farmers have had inch-accurate GPS guidance systems on tractors for 15 years. But as AgData’s technical services manager Mark Leahy recently pointed out, most farmers are still using GPS technology only as a guidance system, and are not using all of the data that is also being generated.

The key to harnessing the full benefits of digital agriculture at farm level lies in knowing what do with the data being generated.

In part at least that will rely on software providers developing useful and user-friendly dashboards that can crunch raw data into a form that is of relevance and financial value to an individual farmer’s operation.

To read how one of Australia’s largest specialist agriculture software developers views the current state of play in the digital agriculture and big data space, see part two in this series: Putting farm data to profitable use

How digital agriculture is already being used in livestock production:

The AFI report identifies several digital technologies already being introduced for the management of broadacre livestock, including: