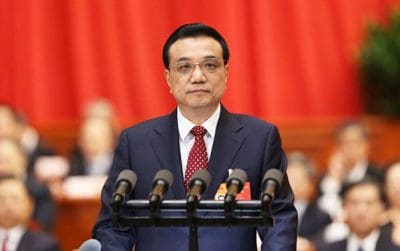 Trade between Australia and China will be a key focus of discussions during the official visit, and there are mounting expectations among meat processors that real, tangible improvements in access to China will be announced some time on Thursday.

Beef is seen as one of the priority in current trade talks, and Beef Central understands that the Prime Minister’s Department has stepped in to lead the discussions, ahead of the Departments of Agriculture and Trade.

Premier Li Keqiang and his wife Madame Cheng Hong will visit Canberra and Sydney from Wednesday until the Sunday before heading to New Zealand. It will be the most senior visit from a Chinese official since President Xi Jinping’s trip in 2014, and the first by a Chinese premier to Australia in 11 years.

Adding a layer of complexity to red meat trade discussions in Australia this week will be news this morning that China has suspended beef imports from Brazil, in the wake of a food safety corruption investigation which is currently unfolding in Brazil. Brazil over the past 18 months has rapidly expanded its beef exports to China, pushing Australia into second position among direct exporters.

The Australian Meat Industry Council’s Processor Council chief executive, Patrick Hutchinson, told Beef Central this morning that AMIC had been working ‘hand-in-glove’ with the departments of agriculture and trade over the past number of months, providing all information requested by Chinese authorities.

“We’re now at that point where a framework has been developed, for the leaders to meet on, and discuss this week,” Mr Hutchinson.

There’s high expectation evident among individual processors that a breakthrough will be achieved on Thursday, but equally, past experience has shown that unexpected snags can, and often do arise in regulatory discussions with the Chinese.

“We have laid the foundation as best we possibly can,” Mr Hutchinson said.

Processors told Beef Central on Friday that one of the critically important measures of success out of any Government announcement on Thursday would be clearly-defined time-lines for implementation. Too often in the past, such agreements have been struck, only for them to drift aimlessly – sometimes for years before implementation.

The US is undergoing such an episode at present, with little progress being made in establishing export protocols, after receiving ‘official’ approval to begin beef exports to China in September last year.

Despite resolute efforts by industry and Australian government, trade access improvements in red meat to China have moved at glacial pace over the past two years. Assistant trade minister Keith Pitt came under considerable pressure from Australian media during a visit to Shanghai last October, when he was asked to explain why progress in non-tariff trade barriers in foodstuffs to China had been so slow.

Chinese authorities are concerned that China’s still-emerging cold chain systems are not yet ready to handle larger volumes of chilled beef in a safe and secure manner, after arrival at port. In contrast, frozen beef is far more forgiving, if left out of cold storage for a period during the distribution process.