Beef Central’s Jon Condon has just returned from five days in Shanghai, as one of the participants in the successful Toowoomba and Surat Basin Enterprise Access China trade mission. Here are his impressions from a series of site visits about China’s challenge in the area of cold chain management…

THE vibrant Chinese business mecca of Shanghai presents a startling contrast between the ultra-modern financial district skyline and traditional Chinese life just a few streets away which has changed little over the past half-century.

Exactly the same dichotomy can be found in the country’s approach to cold chain management.

As fresh food demand increases, food and agribusinesses are searching for improvements in food safety, quality and more efficient paths to the Chinese consumer.

But just as any chain is only as good as its weakest link, China’s cold chain infrastructure still has a long, long way to go – and it represents a significant obstacle for Australian exporters of beef products who are keen to move more from frozen to chilled supply.

Although the country’s rate of economic growth has slowed, over the next decade the Chinese economy is expected to push a further 38 million households into the upper-middle class bracket, TSBE conference delegates were told last week. This segment of the population in particular is currently driving fresh food consumption.

But with a population of almost 1.4 billion people and the fourth largest land area of any country in the world, developing cold chain infrastructure is a massive challenge, both on terms of quality and capacity.

One economic analysis made late last year suggested as much as US$85 billion needs to be spent in the next ten years to deliver an effective, modern cold chain.

Even now, however, it’s not hard to find outstanding examples of secure and well-managed cold chains in the Shanghai region.

Refrigerated trucks bearing the symbols of exporter, Top Cut – one of the most successful Australian players in the Chinese red meat market which invested very early in large, modern cold storage and distribution infrastructure – were seen doing their deliveries to customers across the city – just as they would in Australia. 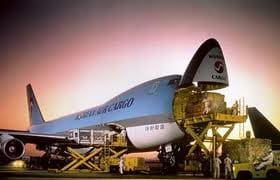 A TSBE-arranged visit to Pactyl’s Cool Centre refrigerated air-freight cold storage hub at Shanghai international airport also revealed a facility that would rival any similar installation in the world. At 3500sq m in capacity and 100,000t annual turnover in refrigerated freight, this facility services 50 airlines and 137,000 flights per year, and the overall business is generating double digit growth each year for its backers, Lufthansa and Shanghai Airport.

The whole facility gleams like a new pin, but unfortunately photos were not allowed in this case.

But within an hour’s drive of Pactyl’s Cool Centre, our TSBE tour group saw cold storage facilities and treatment of product that was somewhat disturbing.

One business was thawing frozen knuckles, Australian in origin, for processing, only to be re-packaged and re-frozen before delivery. 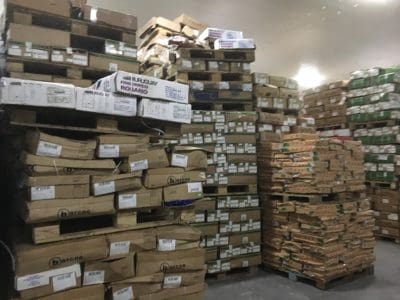 Many cartons were in terrible shape, having completely lost their structural integrity. Some of that may have been caused by heavy condensation that was evident in the rooms, but looked more likely to be from extended periods spent outside refrigeration.

So bad was the carton condition that some rows looked dangerous to walk through, for fear of collapse of the stock held in storage overhead.

Pack dates on some of the cartons in the inventory stretched back to February this year, and even dates ending in 2015. 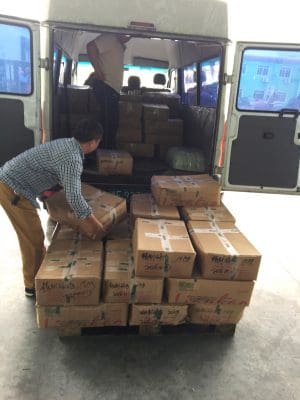 Outside the same facility, our group saw workers loading frozen cartons in a non-refrigerated delivery truck. It was impossible to tell how far away their delivery point was, but Shanghai is a city of 26 million people, and traffic congestion can be chronic. Two or three hour journeys are commonplace.

At this level, it appears many traders use ‘frozen’ as a means of buying some time in the distribution process, in what is an extremely challenging environment. In this sense, it is easy to understand why chilled penetration to this point has been so limited for Australian exporters in the China market.

Similarly at retail level, it was not hard to find examples of both the best and worst of Shanghai’s approach to cold chain management.

At an up-market City Super retail outlet in Shanghai’s Times Square shopping centre, Australian chilled beef dominated the display, in a retail presentation that looked as good as anything seen in high-end Japanese or Korean department stores. Mayura and Rangers Valley longfed Wagyu cross and Angus, Organic Meat Company certified Organic beef, and G & K O’Connor grassfed yearling dominated the display cabinets and looked as fresh and as well presented as it would in an upmarket Toorak butchery. Storage and handling advice was readily available to customers, and the chilled cabinets were as modern as tomorrow. 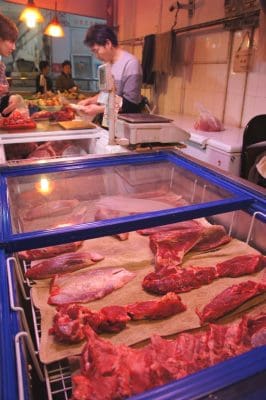 A ten minute cab ride away, our party visited a traditional Chinese wet market, selling meat proteins (dominated by pork and seafood, but including one beef outlet, pictured right) almost entirely without refrigeration. Apart from being housed indoors, it varied little from similar markets that can be seen in Indonesia or Vietnam.

Such markets, owned by the Chinese government with sites leased-out to dozens of stallholders, rely on high turnover to avoid food safety issues. In the case of seafood, much of the offering is kept alive, and despatched only at point-of-sale.

Most of the customers were older, more traditional Chinese householders, who apparently still enjoy the market atmosphere over that in a western style supermarket.

In the case of the beef stallholder, his modest offering of some topside, shin-shank, rib-meat/intercostal and diced was priced about two and a half to three times that of his pork competitors, on a per kilo basis. Beef was offered at around $70/kg, but there was little differentiation between cuts. Sales appeared to be slow.

For his business model, freshness was everything, he said, and he was looking forward to the opportunity to access beef from Australian cattle exported live to China, and slaughtered on demand.