Cattle vets: Qld producers will be among major losers from lay pregnancy testing

Queensland cattle producers will be among the big losers from the Queensland Government’s decision to allow lay pregnancy testing of cattle in the State, says Dr Ian Bradshaw, president of the Australian Cattle Veterinarians. 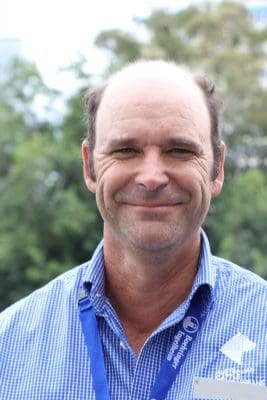 Dr Bradshaw said the decision to support an accreditation scheme for lay pregnancy testers in Queensland was disappointing, and in the long term will mean that Queensland producers and the Queensland Government will be the big losers.

Dr Bradshaw said that the Queensland Government failed to understand the negative impact on rural veterinary practices and the veterinary services they provide in rural communities or the broader impacts on disease surveillance and emergency animal disease response capability.

In a statement said the impact of this will be felt in four main areas, which are outlines in further detail below:

Dr Bradshaw said veterinarians and rural communities should be insulted at the suggestion that lay operators won’t have a negative impact on veterinary businesses and the services they provide in rural communities.

“This is clearly false as income from pregnancy diagnosis lies at the core of cattle practice, not just because of the base loading it generates, but the fact that it is routine, schedulable work that can be performed efficiently. This work helps support much of the other veterinary services provided to cattle producers, which are often unpredictable, unprofitable and, not uncommonly, are emergencies occurring outside of business hours” stated Dr Bradshaw.

“Responding to veterinary emergencies, be that a calving, investigating a mortality event or a significant disease event doesn’t run to timetables or meet a budget” said Dr Bradshaw. The reality is that for rural veterinary practices, income from pregnancy diagnosis is income you can budget on, take to the bank manager or accountant, plan employment, business investment and business spend around in local rural communities. Without this work, many veterinary practices adapt by reducing veterinary staff or diverting resources to small animal and equine work.  This means that there will be less vets close to farms, and it will become, over time, more expensive for producers to access veterinary services.  The biggest losers from this decision in the long run will be Queensland producers.

This comes at a particularly bad time for rural communities in Queensland recovering from large losses of breeder cattle from the flood in NW Queensland, and in other areas gripped by drought.

It is at this time that highly skilled veterinarians will be able to have the greatest impact to help manage remaining breeders and ensure reproductive efficiencies are maximised when herd rebuilding occurs.

Where does the ALP propose that these vets will be found if they have disappeared from the bush due to a lack of practice viability?

The RIS also glossed over the risk to animal welfare posed by lay pregnancy testers using ultrasound probes when rectal perforation and subsequent peritonitis occurs and is not managed appropriately. Dr Bradshaw said that cattle producers are under the impression ultrasound technology is less invasive and carries little risk, when the reality is that this procedure can result illness and death if not recognised and managed with appropriate veterinary care. The Australian Cattle Veterinarians is aware of a case currently under investigation elsewhere in Australia, where use of an ultrasound by a lay operator resulted in the death of close to 20 cows in single day, which was 5% of the herd. Dr Bradshaw says while the risk of rectal perforation is low, it does occur, even with the most experienced operators, and without immediate recognition and veterinary treatment the risk of a long, painful death is high. The reputational damage to our domestic and international markets from poor animal welfare outcomes will be significant. The Queensland government does not have a plan on how they are going to deal with this.

Of greater concern to all cattle producers across Australia is the risk posed to disease surveillance and emergency animal disease preparedness. Inevitably, lay operators will displace veterinarians from rural communities and livestock properties and significantly increase the risk that significant disease outbreaks and exotic disease epidemics will go undiagnosed until too late. This can be as simple as an undiagnosed reproductive disease getting a head start on a property, causing years of unchecked reproductive losses, or can be as serious as an exotic disease such as FMD remaining undiagnosed and causing an epidemic of crippling economic impact.

Dr Bradshaw says with a disease like FMD, two things drive the seriousness of an outbreak, firstly how quickly it is diagnosed and livestock movement restrictions imposed, and secondly, how quickly the disease response team can mobilise a large, coordinated pool of veterinarians on the ground to perform essential diagnostic work on affected properties, disease surveillance in affected regions, and contribute to control measures such as implementing strict biosecurity practices and vaccination. The importance of supporting veterinary services in rural areas and ensuring veterinarians are available in all regions, actively involved in disease surveillance and available for emergency animal disease cannot be underestimated, yet it appears this is exactly what Agforce, the Queensland cattle industry and the Queensland government have done.

How is Queensland going to resource a disease outbreak with vets disappearing from the bush because of a decision they have made that reduces practice viability?

Similarly, industry and government underestimate the risk posed to Australia’s live export trade posed by poor levels of diagnostic accuracy. Few images could be more damaging to the livestock export sector than neonatal calves enduring shipboard conditions, in feedlots, or on the slaughter floor in destination markets, yet this is exactly what is at risk. Dr Bradshaw says that industry knows inaccurate pregnancy diagnosis of cattle by accredited lay operators in the Northern Territory especially is already a problem in the export supply chain, yet government has done nothing to address it.

Dr Bradshaw suggests the live export industry would be far better off cleaning up the existing problem, rather than contributing to it through accreditation of more lay operators in QLD.

Australian Cattle Veterinarians is very disappointed that industry and the Queensland government have always viewed the issue as primarily one of reducing cost and increasing convenience, rather looking more strategically to support the supply of veterinary services to more remote regions of Queensland.   The issue of lack of timely veterinary services is cited as a key driver for allowing lay operators in Queensland yet Australian Cattle Veterinarians came to the table with sound ideas about how to alleviate logistical issues with getting cattle pregnancy tested for boast. Dr Bradshaw says for more than 10 years, including two reviews of ASEL and the current consultation with Agforce, Australian Cattle Veterinarians has advocated for extending the pre-export window from 30 days to 45 days when tested by a PregCHECK accredited veterinarian, with no additional risk to animal welfare. This is because PregCHECK accredited vets have demonstrable competence in detecting pregnancies down to at least 6 weeks in calf, whereas current definitions used by ASEL and relevant government agencies only require that cattle are not more than 8 weeks in calf within 30 days of export. Extending this window would dramatically ease the logistic constraints for both producers and exporters, opening up the window not only for sourcing veterinary services, but also the time period and hence potentially the number of shipments cattle may be eligible for. Industry support would improve access to veterinary services for live export cattle not only in Queensland, but across all of northern Australia, and at absolutely no cost to industry whatsoever. The fact this proposal was brushed aside is damning evidence that interests other than live export are driving forces behind deregulation of pregnancy diagnosis in Queensland, and neither QDAF or industry were really interested in engaging with, or listening to cattle veterinarians.

Regulation fail is not a reason to abandon sound laws

Dr Bradshaw says it appears the impetus and decision to deregulate pregnancy testing in Queensland is in large part due to the recognition that there is already a ‘black market’ of lay operators working in Queensland. It would appear that not only does the Queensland government recognise it has failed to enforce the existing Veterinary Surgeons Act in recent years, the best course of action is to legitimise the illegal activities and business practices causing the problem. On this basis, Dr Bradshaw asks, is the Queensland government as liberal in its views on decriminalising recreational drugs, or perhaps increasing the speed limit or the blood alcohol limit? Legitimising an existing black market of illegal activity, without adequately addressing the impact on the broader community, is an extraordinary basis on which to make regulatory decisions.

The Queensland Government do not have a plan

The Australian Veterinary Association implores the Queensland government to be strategic and long sighted in its approach to regulatory decisions that have the potential to impact severely Queensland producers, the vets that support them, and the Queensland economy. With diseases such as African Swine fever on our doorstep and with Queensland having the longest coastline with multiple unregulated pathways just a short hop and step from new Guinea and Indonesia, it is imperative that the Queensland government steps up and makes legislation that will put a firm foundation on its defences, not take them away at a critical time.